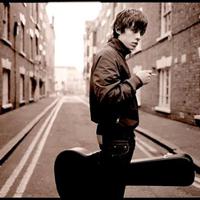 It's Another Folkin' Revival

When Music Waste was founded back in 1994, one of the event's major goals was to rep a different side of Vancouver's music scene than the mainstream hustle presented at New Music West. Instead of showcases packaged with bands hoping to break into the biz, Music Waste focused on the DIY side of things, letting people get wrapped up in the tunes instead of a total schmooze fest.

While the festival has grown in scope, adding more and more bands to the line-up each year and bringing comedy and art into the mix as well, for all intents and purposes Music Waste's MO is the same. Just as you can expect a new festival logo designed by local art weirdo Sean Maxey -- this year's mascot is a perplexed pigskin fumbling his way around a neon pink keytar -- you can expect to attend any number of locally-focused concerts for the price of a Fugazi gig circa 1987. Passes are also being sold at record stores Zulu, Red Cat, Audiopile and Neptoon for $15.

Having conquered New Music West long ago (or at least pushing it one province over, as evidenced by that event's 2012 run in Edmonton), this year's Music Waste will present music fans with several dozen Vancouver outfits running the gamut from punk, indie, rap, noise, electronic and everything in between.

Technically, the festivities kicked off with a few Comedy Waste performances earlier this week, but the band-heavy schedule starts up tonight. With so many acts playing over the course of the next couple of days, it'll be hard to pick and choose just where to head. Here are but a few humble suggestions as to where you can flash that football-adorned pass.

Despite gigs going on at Library Square, the China Cloud and Zoo Zhop, you might get the most bang for your buck over at the 11-band blowout taking place at the Waldorf Hotel (1489 E. Hastings). Veteran Vancouver punks B-Lines will be blasting out some sugar-buzz bangers when they headline the Cabaret. But considering the gems off their new LP Pretty Lost, Capitol 6, a psych-pop quintet that takes the stage just before B-Lines, may be a tough act to follow. Upstairs in the Tiki Room, heady electronic solo artist Vincent Parker will be laying down snap beats and wobbly synth sounds that'll have you considering whether someone dropped something in that fancy coconut drink of yours.

Prophecy Sun's solo set in front of Gene Coffee Shop last year, which utilized a Theremin and a shopping cart full TV sets and stuffed animals, was one of the 2011 edition's more off-kilter performances. The experimental musician will get a chance to top that set when her Spell project, also featuring sound artist Kristen Roos, opens a four-band show at Zoo Zhop (223 Main). The act's debut EP, Hex, was a harrowing collection of electronic drones, icy beats and eerie vocal musings. Equally murky R&B two-piece Evy Jane, meanwhile, will headline at the Astoria, playing songs off its dark, self-titled debut.

While nightlife reigned supreme on Thursday and Friday, early birds can get their fill via a handful of afternoon shows taking place at some shops up on Main Street. Bertha Cool start off the day at 1:30 over at Neptoon Records (3561 Main), and if that first cup of java didn't wake you up, the troupe's ultra-noisy garage rawk jams should do the trick. Just a couple blocks away at They Live! Video (formerly Cinephile, 4340 Main), pop fans can get their smile on to the pepped-up, piano-based sounds of Chris-a-riffic.

Music Waste weekend also sees the debut of Vancouver's newest multi-purpose venue, the Nines Culture Club (99 East Pender). Though it opens the night before with performances from Nam Shub, Johnny de Courcy and Gal Gracen, the Saturday night performance from Juice, an arty hip-hop project led by breathy and sensual spitter Genesis Mohanraj, will be the one to watch.

With only one show officially scheduled for Sunday, it should be easy to plan your route. Everything gets brought back to the Waldorf for an afternoon show that starts off with lo-fi fuzzters Weed. The act's recent Gun Control EP fleshed out the band's line-up to a four-piece, meaning there'll be a lot of distortion peeled-out in person when they deliver No Age-style sludge pop tracks like "Amber" and "Even Black." The show also features the country-influenced Twin River, dream-pop unit Village, Pleasure Cruise, and the retro soul of Ballantynes, making for a predictably well-rounded and diverse finale.

Obviously, there are a ton of other acts to check out throughout the weekend, and you can find out about the rest of the bands and where they're playing over here at the Music Waste site.