London. I've only been here two weeks and it's hard to imagine it as just one city; every street holds a peculiar kind of promise, whether it's something good to eat, a book you didn't know existed or a pile of garbage of which you're worried you'll become a part. Music spills out of London from markets and pubs and record shops and the balconies. It's a loud city, a very loud city, which explains its fondness for large swaths of green space nestled in amongst the hustle and bustle. 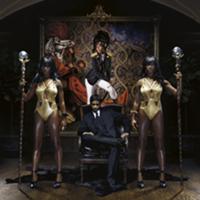 I've been looking around London for some sense of why so many of the greatest rock bands -- The Beatles, The Rolling Stones, Led Zeppelin, The Clash, Radiohead -- have hailed from England. There are the pedantic answers, such as American GIs being stationed here during the Second World War, but that's not a satisfying response to the punishing guitar and drums that scream out of "Immigrant Song." Maybe the British just had more to be angry about -- after the war, which was a period of unheralded prosperity for the U.S., things were still broken and insane in England. To quote Robert Elms, "London back then was still a stagnant backwater where the wartime taste of powdered egg was far more prevalent than cappuccino."

Fast-forward 60 years and there's a new crop of singers emerging, this one wrapped in the stylings of a pre-Newport Folk Festival Bob Dylan, and once again doing music in a way few Americans seem interested in. Horribly labelled "nu-folk," both Johnny Flynn and Jake Bugg have earnestly-mouthy vocals, like they are swirling the words around with their tongues before singing them.

Flynn, a Shakespearean actor who still tours with a theatre troupe, is the more traditionally folk of the two, playing his jangled licks on a guitar likely made when his grandfather was still a small boy. With his band the Sussex Wit, he's opened up to a rockier sound (and also proven an accomplished fiddle player), but you can still hear the folk-influence through the heavily-worded lyrics that pack entire stories into songs like "Barnacled Warship". I'm not sure I care as much for his full-band efforts, preferring the intimate treatment he gives to "After Elliot" on this Daytrotter Session.

Bugg, who has yet to see his 20th birthday, seems transported from a different time -- specifically, a time before teenagers had been invented, and his heartache comes across as real and cutting. (In a recent Guardian article, when asked if he was worried about the music industry, Bugg replied, "You might as well use that time you were going to worry to write a song.")

It would all seem like record-label induced affectation if Bugg wasn't so damn good at carrying it off. "Someone Told Me" is a whispered song that only a teenager could sing, but about as far away from Justin Bieber as Nottingham is from Los Angeles, while his new single, "Lightning Bolt," should be played at large gatherings to ensure the proper number of feet get stomping -- I'd say you need at least 20.