It seems lately that we only talk about music as a commodity to be bought and sold, no different at all from wheat or zinc. When iTunes was about to revolutionize music distribution through digital ubiquity, what was the main topic of contention? Ninety-nine cents. While there are still legal hurdles to clear, the recent sale of EMI, in two parts, to both Universal and Sony, and the entire discussion surrounding it, only solidifies the sense that music in 2011 is more about bottom lines than artistic achievement. I know this is nothing new, but it's still galling to see people discuss The Beatles' catalogue like it exists only on a ledger sheet. 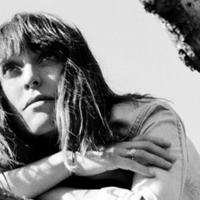 Queen of the Coffee Shop

Ironically, artists who believe their work to have an intrinsic value beyond sales figures or use in car commercials have taken to proving its worth by giving their music away. Radiohead's pay-what-you-want experiment with In Rainbows still resulted in the band, by all accounts, walking away with millions. Of course, even free can have its individual quirks, and so it is that Icelandic musician Ólafur Arnalds has offered not only free music, but the accompanying videos of the performances.

Living Room Songs was, as the name suggests, recorded in Arnalds' living room, and, as with his Found Songs in 2009, released as seven free, downloadable mp3s. The quirk was that each song was recorded in front of a live audience, with the videos of each performance put up on YouTube. It's an intimate and insightful look at the artistic process.

Ólafur Arnalds - "This place is a shelter"

The songs themselves are best described as cinematic; all of them instrumentals with Arnalds on the piano, backed by friends on string instruments, percussion, and computers. While every song, especially as they carry no cost, is worth your time, it's the seventh number, "This place is a shelter," and especially its accompanying video that deserves your consideration. A slow, thoughtful piece that wouldn't be out of place in a Wong Kar-wai film, it's played in front of a packed room, and the expressions on the faces of people directly experiencing this music firsthand is amazing. The applause at the end isn't rambunctious, but it feels far more genuine than anything we heard at the recent American Music Awards.

As if that weren't enough, his multimedia page is full of music videos, documentaries, sheet music, and fan videos. Arnalds is a musician unafraid of the changing music industry, and he's proving it by giving away as much as he can.