Before it was co-opted by Def Leppard, and provided the sign off to Kurt Cobain's suicide note, Neil Young's song "My My, Hey Hey," with its immortal line, "It's better to burn out, than fade away" was better known as the death knell of '60s rock, in the face of punk's ascendant rancidity. It is a fittingly appropriate introduction for Dennis Hopper's Out of the Blue, a film that chronicles the moment when the '60s finally bit the dust and the '70s ground any lingering idealism and innocence into the dirt. 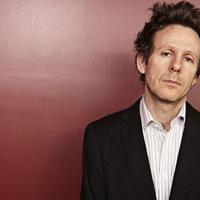 When Punks Turn into Politicians

Even though Out of the Blue was released in 1980, it is ripe and raw with a certain flavour of '70s nihilism. Anyone who came of ages in the decade will remember it well. Suffused with the bleak acidity of a time when films often ended with the hero (or heroine) going up in a ball of flame. Call it Zabriski pointillism, embodied in Kowalski's white charger, and here in Dennis Hopper's explosion of familial dynamics.

A runaway truck of a story

At its heart, Out of the Blue is the story of one very sad family that starts and ends with a bang. The story is relatively simple. The flavour and texture lies in the seams and the margins, and mostly in the runaway vehicle that is Dennis Hopper, who careens through the film like he might spontaneously combust at any moment. His performance is met and matched by that of Linda Manz.

Hopper plays a Don, a man who is sent to prison for driving his big rig right through the middle of a school bus packed with small children (dressed in Halloween costumes no less). After five years in prison, Don is about to be loosed upon the world and his family again. Meanwhile, his daughter, Cebe (Manz) has grown into a tiny little toughie, a smaller version of her father, complete with his black leather jacket, studded motorcycle hat and enormous shoulder chip. The third wheel in this familial dysfunction is Cebe's smacked out mom (Sharon Farrell), who is bedding her boss and mainlining horse, in that order. It's little wonder that young Cebe sees no point in anything. Obsessed with Elvis, punk music, and constantly flirting with the line between genuine danger and punk posturing, she is another accident simply waiting to happen. Cebe's opening lines in the film sum up just about everything that is about to happen. Sitting in the destroyed cab of her father's murderous truck, she sends out missives to the universe via CB radio, chanting "Kill all Hippies, subvert normality, pretty vacant." Watching her moving closer into the heart of darkness is a little like witnessing a car crash in slow motion. Linda Manz, who rightfully earned cult super stardom for her role, is literally something else.

If you took Tatum O'Neal and Jackie Earle Haley from The Bad News Bears, mashed them into one creature, added in a dash of the Dishrags, and a sprinkling of Louis Malle's Pretty Baby, you would find Ms. Manz. The ultimate '70s kid, Manz easily straddles the border between boy and girl, child and adult, which is what perhaps makes her so oddly terrifying and mesmerizing at the same time. With the mouth of a sailor and lingering love affair with her thumb, Manz packs her small breastless body into a denim uniform and struts around like she owns the joint. She is one of those kids you would run from in the '70s, but secretly admire from a safe distance.

With dad sprung from prison, family life resumes, with drunken parties, sordid sex, and a lingering sense of deep wrong. Even at Don's welcome home bash, the father of one of the children who died in the bus accident pays a very unpleasant visit. As the simmering tension between her parents erupts into screaming fights, young Cebe books it for the big city. As she wanders Vancouver's mean streets, falling in and out of danger, escaping the predation of pedophiles, and playing drums for the Pointed Sticks, she finally ends up in the care of Raymond Burr, who plays a court-appointed therapist. Pity Mr. Burr, who seems like he is in another film entirely, which, in some ways he was.

The legend of Out of the Blue is that Hopper shot it in a couple of weeks, stepping in to replace the previous director and jettisoning almost all of the film's then-star Raymond Burr's scenes. What was supposed to have been a television film of the week instead turned into a raw bleeding slice of gonzo realism, filled with Vancouver's rude and rough energy. Watching the film, the Vancouver of old emerges, from the days when the place was the end of the line, a port city, filled with burnt out leftovers warbling Elvis tunes on Hastings Street, and punks thrashing out a living at clubs on Hastings Street. Vancouver is as much a star of the film as Hopper and Manz. Although, it is a tad distracting sometimes to know where individual scenes were filmed, be it the Ridge Theatre, Varsity Lanes, Chinatown, or, most infamously, the Viking Hall on Hastings Street where the Pointed Sticks and their fans put on a show. The story of that particular scene is laid out fully in Susanne Tabata's documentary Bloodied But Unbowed, which if you didn't see it at DOXA Documentary Film Festival last spring, you ought to be horsewhipped.

The particular brand of innocence and experience is most explicit in scenes of Cebe wandering through downtown Vancouver. Like the city itself, she is both awkward adolescent and lingering child. As passersby gawk openly at the camera, and the sights and places that you remember from your own teenage years are caught and captured on film, like flies stuck in amber, it's hard not to have a personal reaction to the film. I remember quite clearly hating films like Out of the Blue as a kid because you knew there would be no happy endings. Watching it as an adult, there is a certain lingering nostalgia attached to the fatalism that hurtles one out of the blue, and into the black.

But what was once considered shocking -- drugs, punk, even incest -- seems almost quaint nowadays. Just as Vancouver in its adolescence seems a little sad, knowing, as we do, what was about to happen to the place. The punks got old, condos grew over the old neighbourhoods and things moved on. Oh nihilism... where have you gone? Passed into that great big blue, along with Dennis Hopper, who slipped his mortal coil and went off to raise a little hell with some truly terrified angels.

More to this picture than meets the eye

Given than Hopper has moved on, and the time and place that he represented is also on its way out the door, what is one to draw from this gritty piece of work? The idea that society has little use for outsiders, be they punks, Dennis Hoppers or tough-talking tomboys still stands. Which is why long after the final scene you may find yourself murmuring under your breath the words to Neil Young's punk anthem.

"Hey hey, my, my
Rock and roll can never die
There's more to the picture
Than meets the eye..."

Out of the Blue plays this weekend at the Vancity Theatre (Friday, Saturday and Sunday at 7pm). A number of special guests will be in attendance on Friday and Saturday, including the Pointed Stick's Tony Bardach, as well as members of the film's cast and crew who will wax nostalgic about the making of the film.