Inevitably at any concert I find myself beside one of two people. The first person seems unaware that he is at a concert at all and spends the majority of the time, when he's not spilling drinks on the floor, talking to his friend who, although equally oblivious, is thankfully silent. This is a guy who gets louder with the music, as though he thinks he's at a particularly raucous party where everyone just happens to be facing the same way. The other person just hates whatever band is on stage. She will complain bitterly, to no one in particular, that this band isn't nearly as good as the band coming up, or the band she saw last night, or her band. This sounds like a bad indie rock cliché until you have to spend more than a minute standing next to her, all of the fun and joy in life draining out of the music in indelible waves. 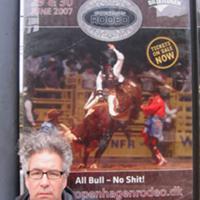 Imagine my excitement, then, to be stuck, at a recent concert in Seattle, next to both of these people in one body. The signs were bad from the start -- he was facing away from the stage, eyes half-closed, not in the 'zoning-out-to-the-music' way, but in the 'I'm-about-to-fight-someone-or-pass-out-or-both' way. The local opening band, BOAT, put in a serviceable if not transformative performance, but they played well with the crowd and did what opening bands are supposed to do -- get people excited and moving. For the person next to me, though, they might as well have come on stage and smashed watermelons with hammers. "This band sucks," he said to his friend, who nodded in agreement, this after spending all of the set talking about cricket, the bad beer, and focus groups... You know, the sorts of things you go to noisy bars to talk about.

I always thought that as music became more commodified and digitized and basically treated like a disposable picnic plate, live music would remain, somehow, a pure and engaging experience, one that people who wanted to interact with it in a genuine way would seek out and enjoy. That is, of course, hopelessly daft. Live music venues are no more solely about music than restaurants are about food; both are now about lifestyles and socializing and scenes and networking. They are increasingly spaces in which individuals go to extend their personal brands, with the actual event -- listening to music, eating -- acting as so much wallpaper, like Coldplay and Norah Jones at a loft party. The idea of listening to the band on stage actually seems sort of quaint.

Then Miniature Tigers came onstage. The Phoenix, Arizona-based four-piece has a floppy-haired, cardigan-wearing frontman who looks and sounds a lot like a bizarro world Win Butler. The drummer and the guitarist frequently change places during the set, which is actually the evening's longest by several songs. The bass player performs while swaying with his eyes closed, except when he is using a giant rain stick. It is, in short, an INDIE BAND. I expect the detached complainer to storm the stage in disgust, but a funny thing happens -- Miniature Tigers wins him over. He whoops along to "Tell It To the Volcano," the 60's-style title song off the band’s 2008 LP. He spins like a madman while they tell us all about the "Cannibal Queen" who let's him right in and feeds him until he's full. He wonders aloud whether anyone likes to dance during the four-part harmonies of their new songs, set to be released this summer. At one point he even puts his arm around my shoulders and asks, "Aren't these guys awesome?"

For one shining moment, I had to agree.

Through the power of the Internet you can watch Miniature Tigers entire set from The Troubadour in Los Angeles, filmed the week before I saw them in Seattle.