What do The Yes Men (prankster-cum-social activists) have to do with Meryl Steep, America's greatest living actress? 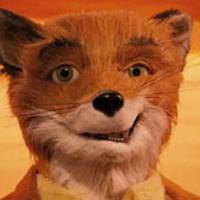 At first glance, not very much, but the Yes Men and Ms. Streep are connected in some curious ways. Both are in films currently playing in local movie theatres (to wit It’s Complicated and The Yes Men Fix The World), and both activists and actress are concerned with lies, albeit in a very different fashion.

I don't think I've experienced a more surreal feeling lately than the creeping unease that spread over me while watching It’s Complicated. This latest bit of boomer propaganda, aimed at aging hippy sell-outs and their broods of indulged children, may look innocuous. Innocent even. A bit of holiday fluffiness with Ms. Streep showing her comedic timing and late-life joie de vivre.

Do not be misled.

This film is as deeply engaged with the current economic reality as any hard-hitting documentary that seeks to uncover the predatory practices of the financial industry. Except that what It’s Complicated is doing is the exact opposite of truth. It is the big lie, a consumerist fantasia of products and lust, of pretend-feeling and infantilized behaviour, a storybook tale for grown women and men who really ought to know better. But that isn't the worst of its crimes. It is the lie within a lie that galls. It is a film that says, "All is well, keep on doing exactly what you're doing. No! Don't look over here! Just keep watching the screen. Everything is fine in America, this is the way we should live. Drink the Kool-Aid, buy the stuff, and believe."

To say that this is a film deeply engaged with the act of buying things is something of an understatement. There are prominent product placements, with logos all clearly displayed, every few minutes. The baldness of this hard sell might almost be funny, except that after a while, it's not funny at all. In this world of shiny cars, bottled water, MAC lipsticks, room service, chocolate, primo pot, pashmina shawls, plastic surgery, fertility treatments and, of course, house renovations, money flows like wine. It's a river, a lushly gushing spigot of the cash that apparently flows mostly for the white folks, since there is not a single person of colour anywhere in this film. In this insanely privileged world, there isn't much for the rich white folks to do except carry on like their pubic hair is on fire.

In Boomer Barbie's perfect life, Streep plays Jane. The owner of a Martha Stewart-like bakery that sells $9 chocolate croissants, Jane has three college-age children and is busily engaged in building herself a new addition to her already enormous, and exceptionally well-appointed house. Her gleaming beautiful life also includes a gaggle of giggling idiot girlfriends, who occasionally show up to drink wine and tell each other how fabulous they are. There are also a couple of men-types to add piquancy. When Jane's ex-husband Jake (Alec Baldwin) a full-bodied predator, with a new wife and a step-child, reenters her life, things get messy. I won't say complicated since that actually implies some level of complexity that simply doesn't exist here.

This being a Nancy Meyers film, the ultimate resolution is never much in doubt. Since there are no real problems in boomer fantasy land some must be invented. And so, one is subjected to 90 minutes of screwball antics, in which men and women chase each other round and round. I have nothing against the screwball. In fact, I rather like them, when they are performed correctly, with heart and gusto. But this not the real thing, it is a plastic robot facsimile with anything even approaching genuine human feeling discreetly replaced with circuitry and marketing surveys. There is nothing real here. Not even Ms. Streep, who apparently cannot tell the difference any longer between what is flesh and bone, and what is only pink vinyl and foam stuffing. If I ever had much respect for Meryl Streep, that is all gone now, blown away. Or maybe she too is perfectly emblematic of her generation, people who started out with passion and conviction but ended up settling for a 401(k) and more stuff than they know what to do with.

As my mother said recently it’s getting harder and harder for people to tell the real thing from the fake thing. Pity is not compassion. Attachment is not love. They might bear a superficial similarity to each other, but they are not the same thing. This idea became very explicit while watching a film that purports to be about female emancipation and sexual freedom, but is in fact engaged in exactly the opposite. In this story, adult women in their 60s, must not only devote themselves to the maintenance of youth-driven sexuality, but are also simultaneously beholden to their infantilized children and philandering ex-husbands. To say I felt dirty after watching It's Complicated isn't enough. I felt sullied, patronized, suckered, seriously screwed with. I did not like it. Not even one bit.

We may look back on It's Complicated one day as a strange artifact from another age. A dinosaur-like skeleton half-buried in the sand, as the rising seas sweep in and wash away large sections of the Californian Coastline. It is, perhaps, a perfect summary of the boomer bubble world, hysterical and grasping, trying to hold on to everything, all the stuff, the sex, the money, and most critically, their once-upon-a-time youthful rebellion. The fact that it is principally aimed at an older female audience, women who came of age in the second wave of feminism and launched like cannonballs into the sea of the sexual revolution is appalling, but not particularly unusual. If female desire is an engine that drives economic spending, it is a fire must be continually stoked, kept hot and burning, coaxed till it blazes like a miniature sun. And that is what this film is genuinely about, a culture that seeks to perpetuate itself ad infinitum, to achieve a form of immortality through pretending that nothing will ever change.

Bring in the Yes Men

Here is where the Yes Men come in. They too are engaged in the art of pretending, looking like one thing, but in fact being another. In The Yes Men Fix the World (playing this week and next at the Vancity Theatre), pseudonymous pranksters Andy Bichlbaum and Mike Bonanno set out to do exactly that. It's a rather a large job, so the pair tackle it one issue at a time, be it the Bhopal disaster in India, the oil and gas industry in Northern Alberta, or the systemic corruption that is New Orleans. The Yes Men do this by lying. Not just lying, however, but by speaking the truth in the form of a lie. While you scratch your head over that for a moment, the quintessential question in the film is can you tell the truth by telling lies?

And what is actually the truth?

It's often extremely difficult to tell, since we have been so well trained in this culture to accept not only little lies, but vast edifices of lies, epic towering falsehoods that reach into the very sky. Lies such as, global warming isn't really happening, corporations care about you, and you can be happy if you have a really big house and a new car.

When the Yes Men publish fake newspapers, create false websites and go on BBC World News to issue false statements, the truth behind the lies becomes apparent. This idea alone is ingenious since it forces you to think about what 'is' as opposed to what ought to be. Nowhere is this more clear than in the film's penultimate moment, when the pair publish a made-up edition of The New York Times that includes all the stories you wish were true (the war in Iraq is over, government and industry will seriously commit to solving global warming, etc.). As one woman remarks, "It's all the things you wish would happen."

The divide between truth and lies has been so consistently blurred and manipulated, it's hard to distinguish even in your own mind what you genuinely believe any more.

All I know is that I no longer trust Meryl Streep.