The remix album is often like a mediocre dessert -- nice if it's free, tedious if you have to pay for it. The first question you should ask of it is, Why do you exist? Should it prove unable to answer, discard it as one would a particularly homely hamster. Wikipedia tells us that the remix album has been around since 1979, and it's safe to say that since then most have been, if not unnecessary, largely forgettable. 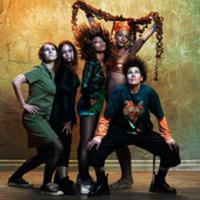 A Challenge to the Very Foundations of Decency!

Apparently Jennifer Lopez's J to the L-O! was the first remix album to debut at number one, hardly a compelling argument for the genre as an art form. But the real problem with remix albums is their insistence on including multiple versions of the same song. Even the most ardent fan of "Mushaboom," and they are still legion, must have found the four versions on Feist's Open Season a little much. I wanted to burn down her idyllic country house, children and all.

Phoenix's "Fences" is a delicious bit of dreamy pop, and "if you're listening at home, and you want to hear 'Fences' five times in a little more than an hour," as Pitchfork states in its review, "then this is the album for you." The album in question being Wolfgang Amadeus Phoenix (Remix Collection), which turns eight tracks into 15, testing the patience, one imagines, of even their most ardent followers.

Bell Orchestre should be lauded then not only for refusing to include a single duplicate remix on Who Designs Nature's How, but for keeping the EP to just seven songs, two less than on As Seen Through Windows. But the question remains -- is it necessary? Based on the tracks available online, the answer is yes.

On "Icicles/Bicycles", Kid Koala adds his familiar wonky horns, trashcan drums, and general oddity to the original's inherent creepiness. Gone is the softness, which verged on easy listening; in its place is impending doom, the darkening of skies. Even when the track opens up and the horns take on a celebratory tone there remains the sense that something is seriously effed up.

The enjoyable spy overtones of "Dark Lights" are completely demented in Colin Stetson's version, the saxophone now sounding like it's being played like the spoons -- all tapping and short bursts. About halfway through a tortured (in every sense of the word) voice starts to -- duet with? Compete against? -- the horns, and we enter the stuff of nightmares. Somewhere in Eastern Europe, stop-motion puppets are dancing to this tune.

Tim Hecker's remix of "Water-Light-Shifts" sounds like the warped celluloid version of the song, as though it was discovered on waterlogged film stock and played through abused speakers (an uncharitable person might say he added static). Yet by taking the polish of Bell Orchestre and, yes, effing it up, he has given us a deeper and, I would argue, better song. They could have called the album We Eff Up Bell Orchestre and Make It Better.

If a good remix album is rare, rarer still is the one that betters the original. Who Designs Nature's How, out Oct. 27, does just that.