On April 27, Sen. Diane Bellemare published an op-ed in the Globe and Mail opposing a proposal for guaranteed basic income where all Canadian citizens and residents over the age of 17 would receive unconditional guaranteed sufficient income.

Despite the strong public support, Bellemare argued that “basic income would be an unfair, complicated and costly way to eliminate poverty.” As a social scientist who has researched cash transfers, and an entrepreneur and organizational leader, we challenge the view that basic income is “unfair,” “complicated” and “costly.” Instead, we argue that it can be fair, simple and affordable.

Basic income can be fair

Basic income can be fair to all Canadians, accommodating people with different needs. A system that includes basic income does not necessarily entail clawing back existing benefits and services.

Importantly, a gradually phased-in, carefully designed basic income program can be monitored and adjusted over time, to ensure that diverse individual needs are always addressed.

Research from Stanford University suggests that a basic income program can inspire meaningful social integration — greater participation in social and civic activities in the community — while also providing individuals with stability, safety and security.

An analysis of Ontario’s basic income trial illustrated that people with diverse needs reported better personal relationships with friends and family with basic income. In turn, their sense of social inclusion and citizenship improved.

Basic income can be simple

With careful planning, a basic income system could be designed to be simple, adaptable, reliable and fair. In other words, it could be a type of synergistic solution that involves an optimal mix of different policy programs that yield greater efficacy. For example, a basic income program could be combined with a wage subsidy program.

With a basic income program, recipients would be motivated to participate in the labour market and feel empowered to discover the most fulfilling way to work without fearing for their financial security.

Basic income can be affordable

While Bellemare’s analysis suggests there could be a cost problem, other, more thorough analyses have taken into account the true costs and benefits of basic income programs and rebuked that claim.

We caution against overly simplistic cost estimates and call for a more careful, thorough calculation of the true costs and benefits associated with of basic income programs. In fact, Canada can adopt a basic income program without increasing its fiscal debt. 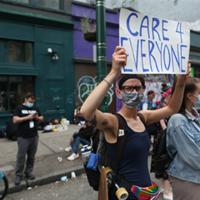 Last year, the parliamentary budget office estimated that a guaranteed basic income of $17,000 per individual would cost the government $88 billion.

This amount could be offset by scaling back tax credits that disproportionately benefit Canadians who earn higher incomes. In addition, a well-designed basic income program can provide non-monetary benefits that are typically not captured in cost-benefit analyses, such as improvements in health, education, social cohesion and productivity.

There is a considerable amount of research that supports basic income around the world. It is prudent to carry out significantly enhanced research to reduce hesitations on basic income on social and economic grounds. Basic income can be a reliable, powerful component of a countrywide program to reduce poverty and enable all citizens to thrive. 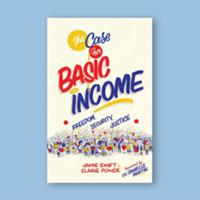 Basic income should form part of a practical comprehensive plan for eliminating poverty in Canada. Indeed, there is emerging political will to push for a national strategy for a guaranteed basic income.

Last summer, Liberal MP Julie Dzerowicz sponsored Bill C-273, the National Strategy for a Guaranteed Basic Income act. It was the first time a bill about basic income was debated by Parliament. And in February 2021, four senators — three from Prince Edward Island, one from Ontario — published an open letter that called for countrywide guaranteed basic income.

This is essential, because poverty is an unnecessary, cruel abomination, and one in 15 Canadians live in poverty.

Poverty touches us all — it is everyone’s tragedy, which is absurd because poverty can be affordably reduced as we have argued above. Hopefully, one day future Canadians will look back to 2022 and ask how a just society could ever have tolerated such needless suffering.