A funny thing happened on the way to a nerdy debate in The Tyee about the best way to get more truly affordable rental housing built in Vancouver.

The discussion got derailed by a false figure put into the public record by the City of Vancouver.

Only after the back and forth had occurred did this come to light — deep in the comments section after the second of the two pieces.

And the wrongness of the number was significant. For the purposes of the debate, it had the effect of being $10 million wrong.

So, to set the scene. On Nov. 12, Patrick Condon, the UBC professor of landscape architecture and urban planning who regularly writes opinion and analysis here in The Tyee, published a piece headlined “Vancouver’s Incentives to Get Affordable Homes Built Are Too Rich.” In it he raised questions about the city’s Moderate Income Rental Housing Pilot Program, championed by Mayor Kennedy Stewart among others. The program exempts developers seeking upzoning from millions in mandatory contributions to the city — if they build apartments, not condos.

For the corner of Alma and West Broadway, council approved a MIRHPP project allowing a rental building well beyond the scale of its surroundings, rising nine storeys higher than what is zoned for the area. Its 161 units will include 32 rented below market at capped rates, the rest at rates dictated by the currently rising market.

Bear with me as this now gets a bit technical.

Condon calculated the amount of density added by the rezoning and noted that if the city had approved a similar condo development at the site, the developer would pay about $27 million in Community Amenity Contributions. Condon based this on a square-foot charge mandated by city policy along the Broadway corridor for new condos.

The MIRHPP program doesn’t charge Community Amenity Contributions (otherwise called CACs) to developers. In fact, in an effort to get more rentals built, the city chooses not to seek CACs for any new rental projects. So Condon noted the city’s approach at Alma forgoes that potential revenue.

But Condon wondered what could be done with the $27 million CAC if a condo building had been done instead, and the city then took those millions and invested them in a project built by a non-profit developer, with all of the units non-market rentals, and savings gained by building on city-owned land in say, the Southeast False Creek area.

In his piece, Condon estimated that nearly four times as many sub-market rental units could be built and the city would make money annually on the project.

Condon’s hypothetical project was offered in service of a larger argument — that perhaps the city was giving away too much for a building that adds mostly market-priced rentals to Vancouver’s mix, which in turn fuels rising land values and market rents.

That drew quick protest on social media from, most prominently, Michael Mortensen, a developer with a public service background who teaches about real estate in the UBC Sauder School of Business.

Mortensen pulled the document used by city staff to refer the Alma project to council and in Appendix G he found a calculation of square footage that told him the most the city could expect in CACs for a condo project was $16.8 million.

Condon was poor at the necessary math, Mortensen accused, and the proof was that he was off by $10 million.

Mortensen sought an opportunity to lay out his case in The Tyee and we were happy to oblige. A good substantive discussion about achieving affordability is exactly what we need in this small place with such daunting home prices. Mortensen had other critiques. Condon had left out design expenses, and financing costs likely necessary. The project was a money-losing bust, he concluded in his Nov. 24 piece headlined “Vancouver’s Rental Incentive Partnerships Are Needed. And Working.”

But then, as I say, it was revealed that the figures in Appendix G of the staff referral were incorrect. It was Mortensen, to his credit, who acknowledged the mistake in the comment thread after this piece had been on our site for over a day, and in an email to me.

“Honouring Patrick’s feedback on the increase in floor area,” he wrote, “I checked the City report and found an error in the City’s summary of upzoned floor area, so I am in agreement with Patrick’s assessment that the additional area is 75,636 sf.”

A condo project at Alma and West Broadway in fact would have generated not just a $27-million CAC but even more, Mortensen allowed. Though he thought it highly unlikely any developer would try to build it.

So here we are, playing catch-up after a wasted opportunity to have had an apples-to-apples, nuanced exploration of the pros and cons of how the city currently seeks to solve non-market rental shortage.

How the wrong figure happened

I contacted Vancouver’s deputy director of planning Theresa O’Donnell to ask how the bad figure got into staff’s report to council.

She confirmed it was wrong in Appendix G but said it was right in a different appendix to the same report. She added that city staff verbally informed council of the error at the hearing before the project was approved. And she said the wrong figure was really the developer’s error. Not to worry, she added, the city double-checks all numbers in such a proposal against later submitted drawings so no developer could ever materially benefit from such a slip.

The bottom line, so to speak, is that no one apparently willfully altered the truth here. It’s just unfortunate that Mortensen happened to check one appendix and not the other, and didn’t hear staff speak about the mistake at council, then quickly assumed Condon must be wrong.

Mortensen still maintains Condon’s hypothetical project would go bankrupt even with the extra contribution. Still, a $10-million increase in the amount the city could invest in the project should bring it much closer to working. Condon disagrees with Mortensen’s assumptions.

I can see your eyes glazing, so here’s why I have gone deeply into these weeds.

Certainly, Condon deserves to be exonerated from the wrongly created impression he was $10 million out of whack in his calculations.

But I also don’t want us to miss the opportunity both Condon and Mortensen sought to afford Tyee readers. In discussing a specific example, larger visions and resulting policies can be more concretely explored.

Having edited dozens of Patrick Condon’s articles, I believe I can summarize his point of view fairly succinctly.

Any city policy regarding housing should dampen land speculation. And the market has proven inadequate in solving Vancouver housing crisis, so more public investment and aggressive policies are needed. If the MIRHPP gives too much to developers, it pushes up land values and rents, rather than offering an effective solution.

This is why Condon has argued for land taxes that quell speculation to slow skyrocketing land cost increases. And for building on public land, including city-owned golf courses, to avoid already high land costs that make building affordable housing so difficult. 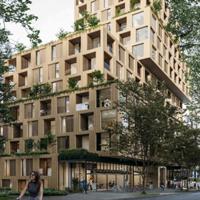 Vancouver’s Incentives to Get Affordable Homes Built Are Too Rich

Having spent a few hours in discussions with Michael Mortensen and working closely with him to edit his piece before publication, I feel confident in saying he is eager to see more affordable housing constructed in Vancouver, and believes the best way to do that is to leverage, through incentives, the borrowing power and expertise of developers seeking a profit.

Mortensen is proud of his ability to craft detailed “pro forma” budgets for projects under the current regime, including MIRHPP, that make developers money and deliver some sub-market units.

And Mortensen correctly argues that the MIRHPP program deserves credit for helping spur a shift in Vancouver to building more purpose-built rental projects after years of stall.

He also says, at the end of his Tyee piece: “To be clear, I fully agree that we need to spend public money to help house people living with low income, but these 100 per cent affordable projects require heavy capital and operating subsidies even with free land.”

In a perfect world, then, these two intelligent and informed experts would be collaborating in some way to explore further options for creating affordable housing here. We haven’t figured it all out yet, have we?

There are places, for example, in North America and beyond where Condon’s point of view is being converted into policy far more aggressively than in Vancouver. Portland, Ore. and Cambridge, Mass. are two jurisdictions that come to mind.

And if we want a bracing challenge to our assumptions, we can look to sweeping models of public spending on housing in places such as Singapore and Vienna.

Point being, Vancouver really could use a good-willed and vigorous conversation among its brightest lights on affordable housing, with a willingness to entertain experimental thinking in pursuit of more diverse and brave approaches.

So yes, let’s all check our math as we offer our critiques and concepts. But let’s be generous in our imaginations and spirit as we engage those with whom we disagree.