Since 2017, Vancouver has been subsidizing construction of new rental housing projects in a pilot program called the Moderate Income Rental Housing Pilot Program.

The closer you look at it, the less it seems the best way to accomplish its stated aims. The program’s subsidies include:

Now that we have approved a few projects under this pilot program, two questions arise:

First, are the benefits received equal to the cost of city subsidies?

On the first question, many now argue that the costs outweigh the benefits. The most recent evidence of this disagreement is reflected in the split vote on the Westbank Corp.’s recent proposal for a site at the corner of Alma and West Broadway streets. This is an area where the typical height is four storeys. This proposal was approved at a height that exceeded this height by nine floors.

Three members of council voted against the project. Interestingly, the three were from different parties. Colleen Hardwick of the NPA, Adriane Carr of the Green party, and Jean Swanson of COPE. Significantly, both Hardwick and Carr voted no while the majority of their own caucuses voted yes.

Swanson’s vote in opposition also requires context. One might expect a COPE councillor, representing the city’s left-wing party — a party associated more with renters than homeowners — would be in favour of a 100-per-cent rental building located on the city’s amenity-rich west side. However, she voted against the project because she felt the city had provided far too many concessions in return for far too few benefits.

“I think we need to re-examine the MIRHPP program,” she told me. “If we gave the same perks to non-profits instead of profit-making developers, could we get 100 per cent affordability instead of only 20 per cent? We can’t rely on the market to get the amount of affordability that we need.”

The split on council reflects unease over the efficacy of this proposed solution to our housing crisis. Mayor Kennedy Stewart holds the opposite view, proudly advertising his support on Twitter:

His enthusiasm is appreciated, but a few important details merit attention. Of the 161 homes, only 32 are “affordable.” These are not “subsidized” units, nor are they “social housing” units. The two-bedroom “affordable housing” units will rent for approximately $1,600 a month. Not cheap.

Happily, the rent can’t be jacked up during a vacancy, and in this way these 32 units differ from conventional rental units (which are not “vacancy controlled”). All good.

However, the remaining 129 units are not rent controlled and will be rented at market rates. Market rates for new construction peaked at over $3,000 for a two-bedroom unit, (prior to the pandemic), nearly twice the cost of the protected units, with rents that can be jacked up post vacancy to whatever the market will bear.

In light of these facts, three questions demand answers.

1. Who can afford the “affordable” units?

The 32 affordable units are still expensive. I know few “artists, students, or retail workers” (in the mayor’s wording) who can afford $1,600 per month. Median household income in Vancouver is $72,000 per year (note: this figure is gradually going up as lower-income people are forced out of the city by high rents). A maximum of 30 per cent of gross income is generally considered to be the top rent amount safely payable by a family in need of housing. Consequently $1,600 per month is barely affordable for median-income households, but not affordable at all if you make much less than that. Thus, we are not providing affordable housing in this project for most of the households who make less than $72,000 per year, even at “affordable” rents.

2. Who can afford the market units?

Meanwhile the $3,000-per-month rent for the market-rate apartments are only affordable for the city’s top 10 per cent of income earners, that is, those making over $120,000 per year.

This leads to a disturbing conclusion: Only the middle 10 per cent and top 10 per cent of the city’s residents can afford to live here. What are we doing for the other 80 per cent, particularly those in the bottom 40 per cent of wage earners making less and far less than the median? I suspect you will find the bulk of the “students, retail workers and artists” that the mayor mentions stuck in that lower 40 per cent.

While some affordable units for middle income earners is a good thing, what is the value of the concessions provided by the city for this gain, which by my estimates will add up to $35 million?

$27 million in CACs. The city forgives Community Amenity Contribution taxes for MIRHPP projects, money that would otherwise have been paid by a condo developer of this site — CAC funds that could have been used to directly pay for affordable housing elsewhere.

CAC contributions are individually negotiated for each project, so an absolute figure for what is lost is difficult to determine. However, we can get a clue by referring to the city’s recent action to predetermine a consistent CAC tax on all new Broadway corridor developments of $350 per square foot.

There are 124,000 square feet in the proposed Westbank building. This tax is usually calculated on the additional density above what is generally zoned for the area. In this case the lot straddles two zones, which adds complexity, but averaging the two and being generous to the developer, the math indicates the city is giving away a big zoning bonus and that bonus has real value.

The interior area of the proposed building is 124,187 square feet, which is 63 per cent more floor space than its zoning allows. So, the additional area granted over “base density by right” is roughly 78,000 square feet.

If this exact same building was a condo project, the ordinary community amenity contribution, calculated based on the $350 levy for the additional square footage allowed, would amount to about $27 million.

$2.2 million in Development Cost Levies. DCL taxes are typically less but not insubstantial. The standard DCL tax of $28 per square foot would generate another $2.2 million.

$6 million worth of parking spaces. The city has, in this case, reduced the number of parking spaces from the typical requirement of one space per unit, which would generate a requirement for 161 spaces for residents and roughly 10 spaces for the commercial floor. That has been reduced to 53 required spaces. That relieves the developer of the obligation to build 118 underground parking spaces. Most people estimate the cost of each underground parking stall at about $50,000 each. That’s worth roughly another $6 million.

Additional density above surrounding zoning. This is a bit of a moving target. However, what can be built “by right” (meaning without a zone change) is a four or five-storey building. The Alma Street project is 13 storeys, or nine additional floors. That’s an extra 74,000 square feet which, at a conservative estimate, is worth $1,200 per square foot if sold as a condo product. (This is a conservative estimate given that Vancouver House is selling for $2,200 per square foot.) So the city, if this was a condo project, would have granted the developer an approval to add $88 million in additional value.

This math gets complex because costs must be subtracted from that $88 million, including construction, soft costs, land cost and taxes. However, if you just use expected profit on this square footage at 15 per cent minimum, the developer should expect to pocket an additional $13 million as a result. For the moment let’s park this number and only concern ourselves with the very solid direct city incentives.

Add it up and total city incentives amount to roughly $35 million of direct subsidy.

Is it worth it? Could we use this money in another more effective way? If the city let this exact same building be used as a strata project, where none of these incentives would be provided, the city could use that $35 million for affordable housing in another location. Let’s assume we have free city land to build on. For the sake of argument, what if we were to add housing units on available parcels at False Creek South. False Creek South residents are very happy to add additional affordable housing and have lobbied city hall to advance this concept. So this suggestion is practical, and thus land cost can be discounted.

Thirty-five million dollars will buy (at a cost of $300 per square foot for wood frame structures) 117,000 square feet of apartment space. At an average apartment size of 900 square feet (one, two and three-bedroom units) that produces 130 apartments, paid in full. This happens to be the lion’s share of units being built at the Alma Street site, only 20 per cent of which are “affordable.”

But that’s not all. Residents in those new False Creek South units would all pay reasonable rents. Let’s say the average rent is $1,000 per month, or $12,000 per year. Those units would generate a return to the city (or designated housing corporation/co-op) of roughly $1.6 million per year. Building maintenance and taxes would cost something to be sure, so let’s assume a net “profit” to the city of $1 million or $10 million per decade: all profits to be added to an affordable housing fund. Just from this one Alma Street project. 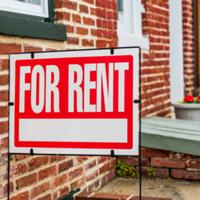 These calculations show why not everyone is as enthusiastic as Vancouver’s mayor about the Moderate Income Rental Housing Pilot Program. They wonder whether the subsidies it provides yield the greatest possible number of truly affordable homes.

After all, the subsidies are provided exclusively in the interest of generating affordable housing. But for the price of 31 only marginally affordable units, we could add 130 truly affordable units on city-owned land, with a continuing profit of $1 million annually.

Let me be clear. My point is not to suggest that developers are making windfall profits from the MIRHPP program. They may not be. My point is only to demonstrate that if the city is going to approve buildings that are so massively out of scale with their surroundings, our affordable housing goals may be better served by simply approving and taxing condominium projects, while using that money to build permanently affordable non-market housing elsewhere, perhaps at False Creek South.

If this analysis is close to the mark, it would seem that conventional development taxes could provide over four times more permanently affordable housing than our current MIRHPP program can manage.*

*Story updated at 12:09 a.m. on Nov. 13, 2020 to correct the amount by which conventional development taxes could provide more permanently available housing than MIRHPP.