Is it finally over? A great many breathed a collective sigh of relief when the protracted U.S. election finally was called in favour of the relative sanity of Joe Biden.

While the outcome was overwhelmingly welcomed around the world, it remains shocking that 47 per cent of American voters still supported a president who suggested injecting bleach as a plausible way to battle a pandemic that has so far claimed 240,000 lives.

Biden may have prevailed at the ballot box, but he must now somehow lead a country bitterly divided not just by politics, but by basic precepts of reality. An endemic ignorance has been allowed to take root in America that now threatens to make the “greatest nation on Earth” virtually ungovernable. The tragic costs of addled critical thought are worth itemizing in this poignant moment, especially as the incoming administration calculates how far to accommodate political difference in an effort to heal the nation’s gaping wounds.

While almost half of voters backed President Clorox, an impartial virus has shown that strongly held opinions by millions of people can still be dead wrong. Recent analysis from the Associated Press showed a shocking prevalence of COVID-19 spread in regions supporting Donald Trump. Of the 365 counties in the U.S. with the highest rates of COVID, 93 per cent were won by Trump. The pandemic has cost America almost a quarter million lives and about $16 trillion, with the daily case count now well above 100,000. Normalizing ignorance is not merely an indulgence — it is also deadly.

Polling also reveals the perilous political divide around COVID concern, with 36 per cent of Republicans believing the pandemic is mostly or completely under control while 87 per cent of Democrats say it is not at all under control. People are entitled to their opinions, except of course when those opinions become so dangerously and demonstrably wrong that hundreds of thousands of other people needlessly perish as a result.

The map of explosive COVID-19 spread in America closely mirrors red states of Trump heartland. If North Dakota were a country, this week it would have had the highest rate of new COVID-19 cases in the world by a margin of 106 per cent. Trump won almost every electoral district in the state, which has an infection rate six times the national average.

The public health director for Bismarck County told the Washington Post she had been called a “tyrant, a socialist and a Nazi” by Midwest residents furious at the mere suggestion that people wear a mask in public. Faced with such ill-informed fury, local politicians unsurprisingly failed to implement any statewide mitigation measures. The Republican governor tearfully took to the media, pleading that residents not see their neighbours wearing masks as making some political statement. North Dakotans are not smarter nor more stupid than the rest of Americans, but baked-in misinformation makes implementing sensible public health outcomes all but impossible.

In Michigan, Democratic Gov. Gretchen Whitmer had to contend with armed protesters angry about lockdown measures to contain the virus, menacing lawmakers within the state legislature. The FBI arrested others for conspiring to kidnap Whitmer and subject her to a kangaroo court trial for “treason.” Michigan now averages about 9,000 new COVID cases each day and has had about 8,000 deaths and counting. (Michigan has about twice the population of B.C., which has had 284 deaths.)

What might have been possible if elected officials didn’t have to squander precious time and political oxygen debating the laws of science with ill-informed idiots? Canada is no world leader on COVID-19, but if the U.S. had managed to replicate our flawed pandemic response, they would have saved almost 150,000 lives and $10 trillion. This is the terrible cost of having to accommodate endemic dumbass behaviour.

Here in Canada we have our own examples of expensive ignorance. Opioid overdoses have claimed more than 16,000 lives since 2016.

Solving this ongoing crisis seems entirely possible, as demonstrated by policies pioneered in Portugal, which decriminalized all drugs in 2001 and saw its overdose rate plummet to the lowest in western Europe — and one-fiftieth the rate in North America. Portuguese addicts are treated as medical patients rather than criminals and provided treatment rather than incarceration. Portugal now has one-quarter of the heroin users it had before decriminalization, and drug-related HIV infections have fallen by more than 90 per cent. 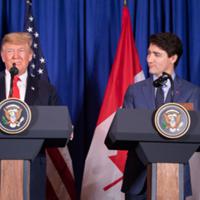 One Verdict Is In — in Canada and US, Voters Don’t Care about Unethical Politicians

So why hasn’t this happened here? The Guardian documented how a profound cultural shift took root in Portugal around public perceptions of drug use and treatment. That allowed these reforms to persist even when right-wing governments came to power over the last two decades. Good policy is, of course, important. But to become politically possible, it must first be backed up by informed public opinion.

After 50 years of expensive failure, the so-called war on drugs has apparently enjoyed enough public support to make enacting such reforms in North America politically impossible. Thankfully there are some signs for hope as voters in Oregon backed decriminalization of drug use in last week’s elections. However much of North America remains hidebound to outdated and ill-informed views on addiction that have deadly consequences.

Put another way, indulgent public ignorance on opioid addiction has resulted in 15,000 needless deaths in Canada since 2016 and $5 billion in avoidable economic costs.

In the U.S. — with a far more urgent epidemic of ignorance — over $2 trillion and 280,000 lives could have been saved over the same period if they had replicated the Portuguese success story.

Beyond the pandemic and overdose crisis looms the even greater challenge of the global climate emergency. Without an informed, energized citizenry, political action sufficient to avoid catastrophe will remain enfeebled. 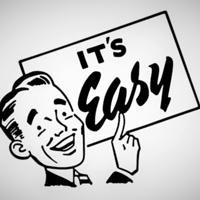 Where’s the Political Leadership We Need?

In fairness, the public has for years been bombarded with sophisticated misinformation from vested interests like Big Oil aimed at stopping climate action. At the same time targeted political donations and relentless lobbying were used to make sure potentially troublesome lawmakers were neutralized.

We should all enjoy a brief respite from the cage-match zeitgeist of the Trump era. However, even with a change in presidents, political agency ultimately flows from public opinion, which has been successfully degraded to a shocking extent.

Unless our leadership, media outlets and citizens recommit to rational thought, we remain at war with ourselves as democracy teeters on the brink.