Oregon’s overwhelming vote to decriminalize some drugs for personal use on Tuesday has experts and advocates in British Columbia wondering what it will take for the province to move in the same direction.

As the United States presidential and senate races teetered on the outcome of mail and absentee ballots, Oregon decisively supported changes to decriminalize illicit drugs and move to allow the therapeutic use of psilocybin.

About one in 11 people in the state use illicit substances, but it ranks last in access to treatment and recovery in the U.S.

More than 58.8 per cent of reported ballots in the state voted "yes" for citizen-led Measure 110. It means those stopped by law enforcement with less than two grams of substances like heroin, cocaine and methamphetamine won’t face arrest or jail time.

Instead, the measure suggests a US$100 non-criminal ticket and access to expanded treatment and recovery programs to be funded through sales tax from cannabis sales. Oregon was the first U.S. state to legalize and regulate cannabis in 2014, four years before Canada followed suit.

The $100 penalty could be waived if the person agrees to a health assessment by a substance use health-care provider. Drug trafficking and sales would remain illegal.

“What we’re really trying to do is move substance use out of a criminal justice model and into a health-care model where it belongs,” Haven Wheelock, one of the lead campaigners for the change, told the Appeal news website in September.

Experts in substance use and public health, including B.C.’s top doctor Dr. Bonnie Henry and her federal counterpart Dr. Theresa Tam, agree on a public health approach to drug use and have advocated for decriminalization as a means of curbing skyrocketing overdose fatalities.

But political leaders in B.C. and across Canada have refused to make moves towards decriminalization despite repeated calls and overwhelming evidence that it would help save lives and connect people with essential health care.

“If our intent is really to help people, we want to engage with them, and having drugs criminalized just isolates people and makes support further difficult,” said Mark Tyndall, an expert in substance use at the University of British Columbia School of Population and Public Health.

Henry wrote a report in early 2019 calling on B.C. to decriminalize drug use by using powers available to the provincial government. But Premier John Horgan rejected its recommendations and said it was a federal responsibility. 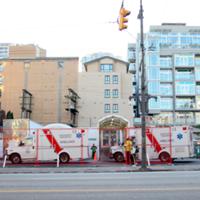 This summer, Horgan wrote Ottawa asking the government to amend the Controlled Drugs and Substances Act to allow for decriminalization. Prime Minister Justin Trudeau has rejected the approach.

Tyndall says Oregon’s move is flawed, but an important milestone that could catalyze a broader conversation about decriminalization in B.C. and elsewhere.

“It’s just such a positive thing that they even brought it forward and it even passed,” Tyndall said. “People need to celebrate the fact that decriminalization comes into the discussion.”

Meghan McDermott, a senior staff lawyer at the BC Civil Liberties Association, and Tyndall share concerns with Oregon’s version of decriminalization.

McDermott, who wrote to the province to urge decriminalization in August, said Oregon has adopted a coercive measure and makes police the gatekeepers who decide who gets support and who does not.

They did decide whether police can have the $100 fine waived, she said.

“The police act as a gateway to the services, so you’re incentivized to access services you might not even need as a way to escape a civil punishment like a fine,” she said. Not everyone who uses substances wants or needs treatment, she added.

Even when people do want treatment, there are often long waits in B.C. for publicly-funded options, and private programs are unaffordable for many.

Tyndall noted some people who use drugs also might not be able to jump through the hoops necessary to have their tickets dropped.

“It’s still really punitive and doesn’t really translate well to the real world,” said Tyndall. “If they implemented that in Vancouver today, there would still be a lot of people walking around with unpaid tickets in their pocket.”

The limits on possessing drugs — between one and two grams, depending on the substance — is also unreasonable given that many people buy drugs in bulk if they can, he said. 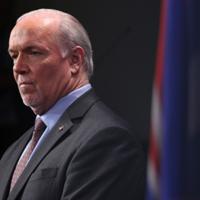 ‘Some Lives Just Mean More than Others’

Despite its flaws, McDermott is heartened to see a grassroots campaign lead to political action and “cracks in the facade of the war on drugs” in both the U.S. and Canada.

“The way people are incarcerated for drug use, it devastates families and individuals and costs the state money, and it pathologizes and isolates people,” she said.

Both Tyndall and McDermott hope the imperfect measure can build momentum for decriminalization in B.C.

“Hopefully it is going to set the stage for a lot of bigger and more courageous action,” said McDermott. “But it’s only called courageous because it seems to be such a politically fraught issue.”

“I think it speaks a lot that if they can do it in Oregon, certainly we can do it here,” added Tyndall.