As the Canadian economy slowly recovers from COVID-19 lockdowns, there have been news articles suggesting the Canada Emergency Response Benefit is encouraging workers to stay off the job.

But a peek behind the headlines reveals the source of the story to be a business lobby group using a powerful and classic public relations strategy — the news release — to manipulate headlines.

The Canadian Federation of Independent Businesses represents more than 100,000 members who operate small businesses across Canada. The association advocates for specific policy changes that advance the goals of their membership.

In recent years, the CFIB has lobbied against increasing the minimum wage and against guaranteed personal leave for workers, among other causes.

To rally support for these changes, organizations like the CFIB employ public relations strategies designed to secure headlines that sway public opinion and put pressure on governments. This is especially important when their policy goal is at odds with public sentiment.

For example, polling suggests Canadians overwhelmingly support the federal Canadian Emergency Response Benefit which pays $500 a week to workers who are out of work due to the pandemic.

The CFIB, however, said in its news release that the CERB is a “disincentive” to work and wants to see wage subsidies expanded to include more profitable small businesses. To campaign for this, organizations like the CFIB use public relations techniques to undermine public support for CERB and advocate for their own policy solutions.

HOW THE PR BIZ WAS BORN

In the early 1900s, massive scandals fuelled public mistrust in business in North America. Labour activists, journalists and academic critics wrote shocking exposés that revealed the wealthy’s gross consolidation of corporate power, their influence in municipal politics and their attempts to game the highest levels of government.

To the dismay of wealthy capitalists, progressive governments responded to the revelations by developing policies that regulated working conditions, reined in corporate power and bolstered the protections of ordinary people as citizens and consumers.

As corporate interests lost public support, they fought back with canny public relations strategies designed to flip the story, framing business as a public service and businessmen and capitalists as allies, not enemies, to ordinary people.

These tactics were further formalized during the First World War when PR pros, advertisers and government officials came together to form the United States federal government’s Committee on Public Information.

The CPI enlisted advertisers, commercial illustrators and public relations experts to build a home front propaganda campaign that would rally support for the war effort.

The success of the CPI taught public relations experts an invaluable lesson: It paid dividends to link their clients — titans of industry and major corporations — to the promise of democracy. — Dan Guadagnolo

PR makes it a challenge to know what is fact and what is spin, even from reputable news sources. Since the 1950s, critics have questioned the intent of PR practices. They have examined how organizations use the authority of mass media outlets to advance specific policy agendas that better fit their aims. (See sidebar for how PR got started.)

PR is a form of manipulation: it’s used to shift public opinion. It is expressly designed to benefit the organization wielding it.

Today, the news release, along with public opinion surveys, are immensely influential PR tools for shaping what gets covered as news and how it’s covered.

PR has become the backbone of news production globally, capitalizing on underfunded newsrooms and overworked journalists.

The news release is designed to make life easy for the busy journalist. It provides them with ready-made narratives and interpretations that are easily translated to a news article. In fact, news releases are often presented as a standardized genre, with countless guides listing the same 10 to 14 elements that every news release should include in order to quickly communicate the organization’s point of view and message.

This standardization makes news releases easy to circulate and easy to critically examine. For example, the recent CFIB release announced both the results of their membership survey on the CERB and provided an interpretation of it.

The survey provides the gloss of objectivity (by allowing an organization to point to findings rather than blatant ideological posturing) while a pull-quote from their president offers an interpretation: 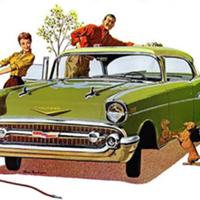 Do We Still Want Our News Paid for By the Car Lobby?

“It is clear that CERB has created a disincentive to return to work for some staff, especially in industries like hospitality and personal services.… CERB was created as emergency support for workers who had lost their job due to the pandemic, not to fund a summer break. This is why it is critical that all parties support the government’s proposed change to end CERB benefits when an employer asks a worker to return to work.”

The CFIB news release made for a quick and easy story turnaround.

But we should be wary of such ready-made interpretations, because they’re often misleading. For example, the CFIB president’s commentary quickly fell apart when economist Armine Yalnizyan, an Atkinson fellow on the Future of Work, took a closer look at the CFIB survey data.

The hardest jobs to fill were in meatpacking, hospitality and food processing, all jobs identified as high-risk for COVID-19 transmission. It’s not that workers prefer a measly $500 a week over their regular paycheque. It’s that they feared for their lives. (Read her twitter thread here.)

In 1959, New York Post columnist Irwin Ross sought to pull back the curtain on PR in The Image Merchants: The Fabulous World of Public Relations. “In an atmosphere drenched with the clichés of public relations,” he wondered in his book, how could anyone discern truth?

Today’s public relations techniques can be used by just about anyone. They are taken up by a host of organizations, from large corporations to unions to activist groups.

But the organizations that can most afford to hire expensive professionals stack the deck against smaller groups and officials. Even in the 1950s, “the biggest budgets, the highest priced and usually most expert talent are maintained by industry,” Ross wrote.

PR, he concluded, is a fundamentally hollow, anti-democratic enterprise. Corporate interest groups and politicians may state their commitments to the public good, but their real goal remains the “public acceptance of the status quo in our economic arrangements.”

Faced with a global pandemic that is laying bare the gross inequities of Canadian society, we would do well to heed his warning.