Yes, there was that time when Peter MacKay used a military helicopter to skedaddle home from a fishing vacation. Hey, it saved him a boring 90-minute boat ride and another half hour in the car, and he’d just stayed too long at Burnt Rattle, a remote, private fishing lodge on Newfoundland’s Gander River.

At the time, back in 2010, MacKay explained that he was participating in a search and rescue demonstration. Records released by the Department of National Defence contradicted the minister. One email referred to the flight being conducted “under the guise” of a training operation.

Who would have thought that Willie Nelson would provide the musical epitaph for the Conservative Party of Canada?

It is bad enough that the CPC, which ruled this country for nearly 10 years under Stephen Harper, couldn’t land better candidates for their top job. Who did they attract to this wet-firecracker of a leadership race? Two stale buns from Harper’s musty cabinet, and two virtual unknowns with sketchy plans.

At best, Peter MacKay was a mediocre cabinet minister who used a Search and Rescue helicopter to return to work from his holidays (see sidebar) and did his best to sell Canadians the calamitous F-35 stealth fighter, refusing to acknowledge its budget-blowing costs until sticker shock was unavoidable.

Erin O’Toole is not an improvement on MacKay. He was deeply forgettable as a minister, a political chameleon who was sometimes a moderate, sometimes a law-and-order guy, and now is champion of all things socially conservative.

Leslyn Lewis is a political newbie who won’t march in Gay Pride parades and wants to legislate parents’ rights.

As for rookie Conservative MP Derek Sloan, he vows to dump out of the Paris Accord, quit the World Health Organization during a pandemic that has killed half a million people worldwide, and ignore the UN Declaration on the Rights of Indigenous Peoples. He is also leery of vaccinations. A man of the future.

So things were already bumpy enough for the CPC. But when one of the contenders for the party leadership, O’Toole, called in the RCMP, the Ontario Provincial Police and the Toronto Police to investigate front-runner MacKay’s campaign for alleged crimes during the current race, the CPC hit rock bottom.

Consider what this latest development means.

If it is true that the MacKay camp stole sensitive information about the O’Toole campaign, then MacKay is not fit to be party leader, let alone prime minister.

If it is not true, then O’Toole is making false and vicious allegations against his rival in a desperate attempt to save his sinking leadership hopes — just as MacKay’s people claim. That would make him equally unfit to serve as party leader or prime minister.

For his part, O’Toole says he has a “confession” letter from the person who stole the information. The self-confessed culprit supposedly pilfered recorded Zoom meetings and other internal data from an MP supporting O’Toole, then gave it to a MacKay campaign organizer. That organizer, Jamie Lall, has denied the story.

Bottom line? Given what O’Toole has alleged, one of these two front-runners — or people very close to them — were prepared to cheat, and perhaps break the law, in order to win.

No one should be surprised. Cheating has been front and centre in the Conservative playbook in a number of recent political events, both federally and provincially. Their motto seems to be “Cheating is just fine as long as you win.”

When the CPC was looking for a new chief salesman in 2017, it appeared that Quebec MP Maxime Bernier would be their pick. But on the 13th ballot of the convention vote, Bernier was barely overtaken by Andrew Scheer. Bernier smelled a rat in the magic arithmetic, and went on to accuse Scheer of cheating in order to steal the leadership from him.

There were 7,466 more votes counted on the final ballot than were cast, according to the strike-off lists given to candidates by party officials. The usual method of verifying the result of a vote is a recount. But that wasn’t possible in the 2017 travesty. The party’s chief returning officer, David Filmon, ordered the shredding of all ballots immediately after the vote. Funny, that.

The whiff of corruption was also strong when Ontario Conservatives set out to find a new leader in 2018. First it was candidate Doug Ford who accused party officials of “rigging” the event in favour of rival Christine Elliott. Calling the whole process “corrupt,” Ford said at the time that it was “another in a long line of scandals coming out of Party HQ.”

When Ford eventually won the March 2018 contest, it was fellow candidate Elliott’s turn to refuse to accept the result because of alleged improprieties in the voting process. Welcome to the Cheater’s Ball.

Then Jim Karahalios, a candidate for party president at the same convention, sued the party after losing to Brian Patterson at a November 2018 convention. His lawsuit alleged the number of ballots cast exceeded the number of eligible voters by at least 115. Patterson won by just 56 votes.*

In Alberta, the tactics of United Conservative Party Leader Jason Kenney have attracted multiple investigations, both by the provincial commissioner of elections and the RCMP.

Lorne Gibson, Alberta’s former commissioner of elections, had been investigating Kenney’s campaign for its so-called “kamikaze” tactics to prop up the leader. Jeff Callaway got in the race late, and then colluded with the Kenney camp to defeat Wildrose Leader Brian Jean. Gibson fined members of the party $180,000 for violating election finance laws, but then was abruptly fired by Kenney before he finished his work.

The premier called it a cut to save taxpayers Gibson’s $200,000 salary. Duff Conacher of Democracy Watch called it obstruction of justice. NDP Leader Rachel Notley got up close and personal: Kenney was simply the most “undemocratic and corrupt” premier Alberta has ever had.

In 2013, Harper’s former intergovernmental affairs minister had to resign over election expenses violations. Peter Penashue had to pay back $30,000 in improper campaign contributions to the receiver general of Canada. When Penashue tried to win his seat back in a byelection in Newfoundland and Labrador, voters threw him an anchor.

Although the culprits behind the infamous Robocalls scandal were never brought to justice (with the exception of poor Michael Sona), Judge Richard Mosley found that the “most likely source” of the material used to fraudulently direct voters to the wrong polls in the 2011 federal election came from the CIMS database. That database is closely controlled and maintained by the Conservative Party of Canada.

Judge Mosley ruled that there was electoral fraud and that the scheme was well-organized and widespread. Tellingly, the judge noted that the CPC legal team entered into “trench warfare” to prevent the case from coming to a hearing on the merits. When an accused is innocent, the usual instinct is to pursue the case on the merits, rather than working mightily to derail it. There is high irony in the fact that the CPC didn’t scream bloody murder when somebody hacked into their CIMS system.

But now Erin O’Toole is screaming loudly that someone stole confidential information from his campaign.

Conservative MP and O’Toole supporter Greg McLean has fired a summer student for breach of trust related to the matter. Is that summer student too possessed of dubious self-initiative, or the fall guy par excellence?

While the public awaits the outcome of the police investigation into the MacKay campaign for the alleged theft of strategic information from the O’Toole campaign, former superstars of the Conservatives have been making dubious headlines of their own. They have not boosted the Conservative brand.

Former Conservative PM Brian Mulroney is getting $14 million a year (salary, equity and bonuses), for sitting on the board of a marijuana company. Perfectly legitimate, to be sure, but consider, cough cough, the optics. When Mulroney was in power, his government placed marijuana in the same category as heroin.

This is the same Brian Mulroney who received between $225,000 and $300,000 in cash from German arms lobbyist Karlheinz Schreiber shortly after leaving office in 1993. Justice Jeffrey Oliphant conducted a public inquiry into the transaction. He found that Mulroney had broken his own 1985 Ethics Code in taking the cash and acted “inappropriately.” But the judge said that he could find no evidence that Mulroney provided any services for the large cash payment he received from Schreiber.

Shortly after testifying at the Oliphant Inquiry, Schreiber himself was extradited to Germany on fraud and bribery charges. He was eventually convicted of tax evasion, and sentenced to eight years in prison.

Rona Ambrose, Canada’s former minister of health, decided against a return to politics, and instead joined the board of a tobacco company. And not just any company. Juul, one of the vaping giants in the industry, is under investigation by federal prosecutors in California, the Federal Trade Commission, the Food and Drug Administration and various states’ attorneys. 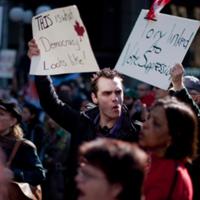 The U.S. Surgeon General has declared vaping an epidemic. The U.S. Centers for Disease Control and Prevention advises against any use of e-cigarettes. Even Walmart has stopped selling the product. A strange place for a former health minister to hang her hat.

Finally, Stockwell Day demonstrated that he knows squat about the burning issue of the day, racial discrimination.

The former leader of the Canadian Alliance, and minister of international trade and public safety under Harper, denied that systemic racism exists in Canada. He even compared his own experiences at school, where he was bullied for wearing glasses, to the kind of discrimination experienced by visible minorities across the country. Despite his abject apology, Day’s silly and trivializing comments cost him two corporate posts and may have convinced him to leave his position as a TV commentator for the CBC.

And now the country waits to see if the person who is the front-runner in the latest CPC leadership race, Peter MacKay, can survive a criminal investigation into his campaign’s alleged activities.

This is no longer about switching out leaders at the top of the Conservative party. This is not about one more Tory regime change. Rather the time has come to replace an ancien regime. If this party can’t clean house and chase out its cheaters, expect rolled eyes whenever its leaders claim to stand for Conservative values.

*Story corrected June 29, 2020 to reflect actual date of the convention.