Those same regulators are faced with the fact that if one or more planned LNG plants are built on B.C.’s coast, fracking in the province would surge.

But a newly released report for the BC Oil and Gas Commission says researchers can’t yet answer basic questions about where fracking will trigger earthquakes or why some frack jobs set off only small earthquakes while others trigger larger ones.

“The lack of consistency in type, quantity and quality of data being collected, and especially in data that has been collected in the past, makes it difficult to develop a good understanding of the induced seismicity in the region,” said the report.

The report looked at the Kiskatinaw Seismic Monitoring and Mitigation Area created by the BC Oil and Gas Commission in May 2018 after public complaints about the number of earthquakes now unsettling the formerly quiet seismic region. The study area includes Dawson Creek and Fort St. John, the two regional centres.

The earthquake risk is high, the researchers found. The underground formations are “in a near critical state, meaning only small fluid pressure increases are sufficient to cause specific sets of fractures and faults to become critically stressed.”

The report says neither industry nor government know where pre-existing faults and fractures exist underground.

“Further study is needed to better understand both the state of stress and the distribution of existing faults and fractures,” concluded the study.

A major review of fracking commissioned by the B.C. government found similar issues in its report released earlier this year.

There was too little seismic data available to reach conclusions, it reported.

“The [fracking] operators often have collected some/all of the necessary data; however, these data are rarely shared with the regulators and researchers, limiting the advancement of effective forecasting methods,” stated the report.

For years researchers have emphasized the need for more information on the potential seismic hazards posed by fracking. A 2018 report noted the importance of understanding the risk to infrastructure “such as the BC Hydro Site C dam on the Peace River near Fort St. John.”

Gail Atkinson, one of the nation’s top seismic hazard experts, has even proposed five-kilometre fracking exclusion zones to protect critical public infrastructure such as dams and hospitals.

The concerns for dam safety are well-founded and date back more than 50 years. In 1963, the disastrous collapse of California’s Baldwin Hills Dam was linked to underground injection of fluids in a nearby oil field. Five people were killed and hundreds of homes destroyed.

Last November the BC Oil and Gas Commission suspended operations at a large well pad owned by Canadian Natural Resources Ltd. about 20 kilometres from the Site C dam after the company triggered three seismic events ranging from 3.4 to 4.5 in magnitude. CNRL is one of Canada’s largest oil and gas producers and chaired by billionaire Murray Edwards.

The tremors were widely felt in the region and the impact on Site C construction prompted an emergency meeting between BC Hydro and the OGC.

Other companies have continued to frack in the region, but the commission suspended activity at CNRL’s site until the completion of a detailed technical review.

Alberta and B.C. use a “traffic light” system to respond to fracking-caused earthquakes. Different levels of tremors require different responses from companies, from notifying regulators to shutting down operations.

But new research suggests the system is inadequate to protect public safety and critical infrastructure.

The system only requires a halt to fluid injection after significant earthquakes. But Canadian researchers recently noted industry-triggered earthquakes can occur long after fracking has been concluded.

The issue of seismic hazard raises serious questions about the planned expansion of hydraulic fracturing and wastewater disposal in the region to support LNG development on the B.C coast. Both kinds of fluid injection can activate faults and cause damaging earthquakes.

In March, BC Oil and Gas Commission shut down a wastewater disposal well owned by CNRL in the Septimus field south of the Site C dam because it was causing earthquakes and was considered a threat to “public safety” and the environment.

To date the OGC has shut down at least 10 wastewater disposal wells because of seismic risks.

Industry-triggered quakes have sparked public alarm around the world.

In this region, swarms of earthquakes near Fort St. John, B.C., and Fox Creek, Alberta have rattled homes and raised concerns about public safety among local politicians.

In China, damaging tremors triggered by fracking operations in densely populated Sichuan province have killed or injured scores of people and caused millions of dollars of damage. 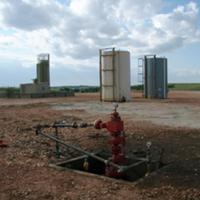 In Arkansas and Oklahoma, tremors induced by fluid injection or hydraulic fracturing have reduced rural property values in some areas by as much as nine per cent.

And in England, small tremors triggered by shale fracking operations have been felt by hundreds of citizens. Industry-triggered seismic activity has strengthened opposition to fracking. This fall Cuadrilla Resources shut down its fracking operations after setting off a 2.9 magnitude quake widely felt around Blackpool. England’s Oil and Gas Authority is still investigating the incident.

In some cases fluid extraction by the industry can cause earthquakes.

In the Netherlands, citizens are reeling from swarms of earthquakes caused by the extraction of methane in the Groningen field owned by Exxon and Royal Dutch Shell. Decades of extraction has caused rock to fracture and subside resulting in magnitude 2.0 and 3.0 tremors that have caused almost $1.5 billion in property damage. 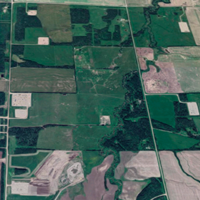 New research in the U.S. and Canada has found hydraulic fracking causes more earthquakes than originally thought and can trigger tremors more than 10 kilometres away from well sites being fractured.

Researchers have also found that “injecting fluids into sedimentary rock can cause larger, more distant earthquakes” than injecting into the deeper basement rock.

Another recent study published in Science suggests that much larger areas may be at risk from fracking operations than previously assumed.

Water injected by oil and gas companies can travel along fault or fracture lines in deep rock and cause these faults to slip, the study found. These slippage movements can gradually increase the pressure on more distant parts of the faults, and trigger seismic events “over regions considerably larger than the pressurized region.”