Another day, another discussion of housing by B.C.’s legislators. Except this one, on June 10, was measurably different. B.C. Minister of Finance and Deputy Premier Carole James unveiled to the legislative budget committee some show-stopping statistics about housing starts in the province.

Namely, that residential-home construction “has significantly increased over the past three years.” In fact, given April’s statistics, the province was on track to see 51,093 housing starts in 2019. “Which,” said James, “is a very strong number.”

That last sentence may be the understatement of the year.

If B.C. does surpass 51,000 housing starts this year that not only would be a “very strong number,” it would be astonishing and extraordinary.

Yet, James’ utterance received no publicity. Nothing. Nada. Zilch.

Contrast the deafening silence that greeted James’ housing-start revelation to the massive eruption this spring when her 2019/20 Budget and Fiscal Plan estimated that housing starts in the current calendar year would come in at 34,015.

Since 2001, the start of the BC Liberal Party’s 16-year reign in government, annual housing starts in B.C. averaged 30,680, so the finance ministry’s projection for 2019 was more than 3,300 greater than the recent historic average.

Just how hypocritical and phony was the outrage this spring over the NDP government’s housing-start forecast?

Consider that in February 2017, Premier Christy Clark’s BC Liberal government released a Budget and Fiscal Plan that laid out predictions for housing starts until 2021.

Finance Minister Carole James’ budget — which drew so much opprobrium from the NDP’s numerous critics — this spring raised housing-start projections for those identical three years to 34,015 and 31,846 and 30,517.

The combined total of housing starts in the New Democrats’ three-year forecast was nearly 96,400 — or 15,400 higher than the BC Liberals’ total.

Yet it only was the NDP government’s forecast that drew scads of criticism from business and political interests. — Will McMartin

No matter. Critics preferred to key off the fact that the number of housing starts had surged upward over the 2016-2018 period to a yearly average of approximately 42,100. That was more than 12,000 higher than the recent average. And so those critics pounced on James and the Horgan government.

“Instead of cutting red tape and trying to turbo charge housing starts to drive down costs,” Jordan Bateman, communications and marketing vice-president with the Independent Contractors and Businesses Association of B.C., seethed in a news release, “the NDP is quietly choking out the market.” Subtly, he gave this headline to his release: “Economic Winter Is Coming to B.C.”

Meanwhile, a budget analysis by the ICBA offered that “the single most troubling number was the projected 30 per cent drop in housing starts.” That sentence later was attributed to Bateman’s boss, Chris Gardner — a former senior political aide to former BC Liberal premier Christy Clark — by Tracy Redies, a BC Liberal MLA.

Formerly run by Philip Hochstein, who announced his retirement in 2016, the ICBA between 2005 and 2017 gave the BC Liberal Party and individual candidates nearly $452,000.

The ICBA budget commentary was dire and unequivocal. “This contraction will be widely felt. It underscores the flaws in a NDP housing strategy that’s based on higher taxes, with little regard for increasing supply, and casts further doubt on revenue projections.”

Not surprisingly, numerous BC Liberal MLAs promptly joined the chorus.

Todd Stone from Kamloops-South Thompson (whose tenure as a cabinet minister featured a multi-billion dollar “dumpster fire” at the Insurance Corporation of B.C.) was so aggrieved at the NDP government’s housing-start forecast that he introduced a motion for debate. “Be it resolved that this House agree that housing supply is critical to housing affordability.”

“The result of this government’s demand-obsessed actions,” Stone advised the House, “are suppressing the construction volumes of rental stock in communities across the province.”

“How tragic,” chimed his colleague, Abbotsford-Mission’s Simon Gibson. “This is the province of hope and excitement for our country. How tragic that housing starts are going down. It’s almost unbelievable.”

The most active housing critic was Surrey-White Rock’s Redies, who declared on Feb. 20, “The budget confirms that under the NDP’s economic mismanagement, housing starts are going to fall by almost one-third.”

She added: “Housing starts are plummeting under this government, which means housing affordability is about to get worse.”

Months later, on May 7, during debate on the finance ministry’s budget estimates, Redies repeatedly questioned James on the topic and, after quoting the ICBA’s Gardner on projected housing starts, demanded, “How does she think a falling supply is actually going to help solve affordability in this province?”

The most colourful criticism, however, may have come from Vaughn Palmer, the veteran political columnist with the Vancouver Sun.

On Feb. 20, he wrote that the budget’s prediction of a decline in housing starts represented “a canary in the coal mine for both affordability and residential construction.”

His column further noted that the finance ministry’s projection showed that “by the 2021 election year, housing starts will have dropped by about 30 per cent from when the NDP took office, a loss of tens of thousands of units and untold jobs and economic activity.”

The problem now faced by Palmer as well as alarmists who described construction activity in B.C. as a “plummeting” prelude to “economic winter” is that James’ projections for annual housing starts, revised in June, are more than 50 per cent higher than the February budget forecasted.

So, not plummeting but skyrocketing. Not wintry but warm and sunny. And with few clouds in sight, for the province appears to be doing even better than it was just six weeks ago when James addressed the legislative budget committee.

Updated and revised numbers prepared by the Canada Mortgage and Housing Corporation — the source for James’ comments to the finance committee — at the end of May showed that B.C.’s annualized housing starts for the year were raised to 55,602.

And robust construction activity since then has pushed the latest forecast even higher. By the end of June, which covers the first six months of the year, the annualized CMHC projection for new homes to be built in B.C. in 2019 was boosted to a whopping 61,972.

Let’s be clear: all of the numbers released in the last few months, including the housing-start number of 34,015 found in this spring’s budget, are forecasts, mere projections.

It is possible, although not likely, that B.C.’s economy will collapse sometime in the near future, and housing starts will plunge to nothingness. The original budget forecast of housing starts may prove to be incredibly accurate or merely close — or maybe it won’t be close at all.

(“It’s tough to make predictions, especially about the future,” the famed New York Yankee catcher, Yogi Berra, is rumoured to have said.)

But what made the political debate this spring fascinating to watch was that so many of the Horgan government’s opponents eagerly jumped on the tiniest hint of a downturn in housing starts — despite that number being (a) greater than the recent-historical average, and (b) just a forecast. 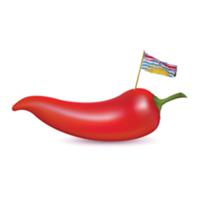 BC’s Jobs Economy Is Red Hot and Getting Hotter

Today, we are witnessing the same cast of characters willfully ignore B.C.’s upward explosion in construction activity. Again, the CMHC reported in April that annualized housing starts could surge past 51,000, then in May that number was raised to almost 56,000, and now in June it’s been revised upward to nearly 62,000.

All of these updated predictions are much, much higher than the number, 34,015, that elicited so much hand-wringing, shouting and complaining a few months ago. But far from celebrating the news, the Horgan government’s opponents appear to have become mute. Did Bateman and Gardner flee to Alberta? Is Todd Stone still active in politics? Where are they?

The final housing-start number at the end of the year remains unknown. But there is one thing we all know for certain after watching the spectacle this spring: many of the New Democratic Party’s political opponents don’t care about the facts, they’re just cheering for B.C. to fail.