Poor Michael Geller, the latest victim of a Twitter moment.

Sure, easy for you, said Geller.

But the form is a lot of work when you have to look up the names and registration dates of the corporations you’ve created to buy homes, he tweeted.

At first it seemed like parody. But Geller is a Vancouver architect, consultant and property developer who teaches at Simon Fraser University and has a column in the Vancouver Courier.

And he loathes the speculation tax, or as he has called it, the “Jealousy or Envy Tax.”

The tweet might have been an attempt to make one more argument against the tax, which is intended to encourage people to rent out second homes they don’t occupy by levying a tax equal to one-half of one per cent of assessed value.

But it didn’t work.

CBC reporter Justin McElroy shared Geller’s tweet and wrote “Just a hunch, but I imagine the NDP won’t mind complaints about the speculation tax that are based around having too many incorporation numbers to keep track of.”

Journalist and author Tom Hawthorn observed, “Next thing you know they’re going to be complaining about champagne corks damaging the priceless paintings aboard their yachts.”

Jacqueline™ responded to McElroy’s tweet. “Listen, Justin. I had to direct the staff at my estates to locate all the pertinent paperwork to lodge my filings so really, just stop. You do not know the daily hell we live with having to keep all our bits and pieces straight so we can’t just enjoy our wealth unimpinged.”

But in fact, we should thank him for reminding us of the important issues of tax avoidance, inequality and privilege.

Why would people go to the trouble and expense of setting up corporations to buy their home (or homes)? Developers, like Geller, might choose to hold homes they plan to redevelop in corporations.

But another reason, writes Alan Madan, a Toronto accountant, is to avoid taxes.

The tactic — completely legal — works for people who have set up personal corporations. The intent of those corporations, long ago, was to help small business owners.

But the tax avoidance industry realized anyone — realtors, lawyers, architects, even managers — could set up personal corporations and pay much lower taxes than if they simply declared the same income. They pay less, and the rest of us pay more.

Among the benefits is the ability to stash income in the corporation without paying income taxes.

But, Madan asks, “Suppose that you would like to buy your dream home, but your corporation holds all of your savings. If you withdraw all of your savings, you will get hit with a huge personal tax bill, which you want to avoid at all costs. So, what should you do?”

“Using this simple strategy, you can utilize your corporate savings to purchase your new home WITHOUT paying any personal tax.”

You can read the details on the accountant’s website. In brief, you create a new corporation — “House Inc.” — in his example. Your personal corporation — “Money Bags Ltd.,” Madden suggests — loans the new corporation money to buy the house. You pay nominal rent to your landlord — the corporation you just created. And you’re way ahead of all those people who work for a wage and pay their taxes.

The bottom line is that people who legally use corporations for tax avoidance can buy a house with money that they have never paid personal income tax on, while their neighbours use the money left after they pay income taxes to support needed services.

Tax evasion and avoidance is not only widespread, costing the federal government between $9 billion and $48 billion a year, but considered normal practice by many with high incomes. A survey of Canada Revenue Agency tax professionals found that 90 per cent of them agreed “it is easier for corporations and wealthy individuals to evade and/or avoid tax responsibilities than it is for average Canadians.”

Paperwork for being poor

Geller deserves more credit. His tweet about the heavy burden of keeping track of all the corporations you’ve registered when applying for the speculation tax exemption led other people to note the far greater challenge of things like applying for disability assistance. 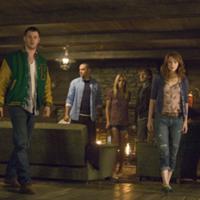 BC Government Focuses on Major Cities for Speculation Tax

The checklist of required documents before you even start filling out the forms is daunting. Utility bills, two months of bank statements, proof of income from up to 18 possible sources, tax records, pay stubs, CPP record of contributions and on and on.

And lord help you if you have a question about the process. A BC Ombudsperson’s report last year found the average time waiting on the phone to reach a human was 43 minutes in 2016, and 96 per cent of callers waited longer.

Geller’s tweet likely reflected his reality. And, as the federal government found when it attempted to reduce personal corporation tax loopholes, that reality is shared by a lot of people with money and influence.

But most Canadians don’t have the option of creating personal corporations to avoid taxes, or the chance to own more than one home. (Increasingly, even owning one home seems impossible.)

It’s too bad Geller deleted his tweet. It was an important reminder of the roles privilege and inequality play in a supposedly egalitarian Canada.