Blame British Columbia. That is the $23-million message from the Alberta government to the rest of Canada as the Trans Mountain pipeline project flounders due to First Nations’ opposition, a collapsing business case, and global forces upending the energy sector.

Alberta government spin doctors apparently decided on a simplistic strategy of framing any opposition to Trans Mountain as “B.C. against Canada.”

The behind-the-scenes brain trust also arrived at two other Orwellian platitudes: “It’s senseless to pit the environment against the economy,” and, “This is a good thing” — a slogan that might be dreamed up if Martha Stewart worked for Burson-Marsteller.

It’s not often that the roof is lifted off the sausage-making factory to reveal the political abattoir in operation. Such as they are, the arguments advanced in the national misinformation onslaught include such untruths as mythical Asian markets, how expanding exports of unprocessed bitumen are somehow good for meeting our climate goals, and the biggest nose-stretcher of all: how much the absence of a pipeline is costing Canadians. Alberta first claimed it was losing $4 million a day in revenue. That became $40 million a day for all Canadians. Wait! Now it’s $80 million. Isn’t all mathematics really just a matter of opinion?

Government-funded ad campaigns are conveniently unencumbered by the same standards of advertising accuracy required by the private sector — a loophole used to great effect by the authors behind this effort.

One wonders what the Notley government hoped would materialize from the cloud of atomized manure wafted across the country’s airwaves. Politically isolating B.C. Premier John Horgan is an obvious aim, but wouldn’t a cogent business case be more effective and far cheaper? The fact the shareholders of Kinder Morgan Canada voted 99.98 per cent in favour of selling the expansion project to the federal government should tell you everything you need to know about its viability.

A more plausible explanation is that the Alberta NDP is heading towards a rendezvous with the ballot box this spring and seems willing to waste millions in taxpayer money to inflate their petroleum bonafides in the eyes of the electorate. And if this publicly funded propaganda effort somehow forces pipeline opponents to give ground, all the better — truth and national unity be damned.

As the world moves towards a future beyond fossil fuels, such cynical tactics are not just dishonest — they are dangerous. Thousands of workers in the oil industry have already been displaced as industry moves to automate away their jobs. After the oil price crash in 2014, companies made job-eliminating “efficiencies” a top priority — a trend they have assured their shareholders will continue.

Canada has the fastest growth of private debt out of the 22 leading economies. Workers in the high-wage Alberta petroleum sector are particularly at risk from shifting economic ground. Insolvencies in Alberta are up 20 per cent since 2017.

This already angry demographic is being further inflamed by Alberta’s campaign telling them it is somehow all the fault of British Columbia (or Quebec or Justin Trudeau or First Nations).

Intolerant and potentially violent elements are being emboldened by irresponsible rhetoric from our political leaders. Last month, Facebook began deleting numerous comments from an online yellow vest group that included discussion about killing the Prime Minister.

A Kamloops radio host faced an onslaught of threatening posts against him and his family when he called out this behaviour on his show. The RCMP offered to escort him from work when online discussion suggested someone, “Wait for him outside of the building for when he gets off work and beat the shit out of him.”

One hopes such online abuse is in fact the work of Russian bots, not actual Canadians, but neither possibility is ideal.

In a world increasingly awash in extremist rhetoric, Canada remains a beacon of relative tolerance. We should not fool ourselves into believing that ignorance cannot take root here. Many of the protests across Canada are steeped in conspiracy theories about how the United Nations is somehow competent enough to seize our sovereignty — an absurd notion opportunistically parroted by federal Conservative leader Andrew Scheer. 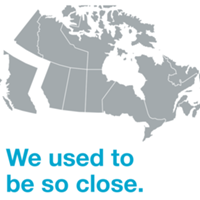 Alberta Has Spent $23 Million Calling BC an Enemy of Canada

Expect this dangerous game of political blame shifting to ramp up if Rachel Notley is defeated in the coming Alberta election. United Conservative Party leader Jason Kenney has pledged that his government would, “Set up a fully staffed rapid response war room… to quickly and effectively rebut every lie told by the green left about our world-class energy industry.”

Kenney has also been a speaker at many of the amped up rallies scapegoating almost everyone except the actual architects of Alberta’s fiscal disaster — the successive populist politicians like him who have sold out the provinces’ vast resource wealth.

Governments should play an important role in managing the movement to a sustainable future rather than weaponizing displaced workers for political advantage. That an NDP government would spend twice as much promoting a bitumen export pipeline than the annual funding earmarked to build local green energy projects speaks to the enormous challenges ahead.

Canada is too important, too precious to be lost to growing enflamed ignorance — stoked by government-sponsored misinformation. The transition away from fossil fuels will be disruptive enough without politicians throwing gasoline on the fire.