When I came to British Columbia for journalism school in 2008, I thought I was leaving Canada's poorest province, Newfoundland and Labrador, for one of its richest. It took one child poverty report card to disabuse me of that notion. Newfoundland may not have B.C.'s resource wealth but, at the time at least, its social safety net had much smaller holes. 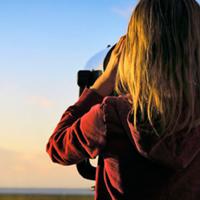 For Once, Let's Give Voice to BC's Youth. You Can Make It Happen

The experience that highlighted B.C.'s shocking inequality the most for me was my trip to the northern town of Hazelton in 2010 for my master's thesis on child poverty, later published on The Tyee.

Never before had I visited a place so breathtakingly beautiful, with the creviced rock of Hagwilget Peak standing above the clouds, and a canyon so deep I was afraid to look down when crossing the Hagwilget suspension bridge.

But due to more than a century of colonialism and racism, compounded by mill closures cutting off the main source of employment, Hazelton and its surrounding communities had come to have one of the province's highest unemployment and family poverty rates.

The memories that stick with me the most are the young families, resilient in their efforts to care for their kids on their shoestring budgets, with little prospect of full-time, living-wage employment. Lack of services like transit, low-cost child care, mental health and addictions treatment, and adequate housing only compounded their problems.

The only thing I could give them in return for sharing their stories was a spotlight on their struggles and a platform for their voices. That's why, six months later, I turned down a daily news job in rural Alberta to become The Tyee's first education and youth reporter. I didn't just want to write news -- I wanted to shine a light on the inequality and unnecessary suffering of people neglected by institutions created to serve them.

Six years on, I'm still on the education and youth beat at The Tyee, one of the few publications in the province with a reporter dedicated to the topic. In that time, I've seen successive budget cuts in education funding, a child poverty problem that hasn't improved, and barriers for disadvantaged young people starting their adult lives become more insurmountable. Whenever I report on news like this, I often wonder how it impacts families like those I met in Hazelton.

That wondering is the inspiration behind The Tyee's latest foray into crowd-funding for a project we're calling Voices from the Future. If we can hit our goal of $25,000 by May 30, I'll produce a brand new series, sharing stories from young people across B.C. as they grapple with the decisions their parents' generations have made for them.

Most of you live in British Columbia, call it home, and want future generations to not only grow up here, but also be supported to stay and raise their own families here. But because of high poverty rates, unaffordable housing, and a growing dependence on financially and environmentally risky mega-projects, the future we're creating for B.C. youth isn't so clear.

We're less than a year away from our next provincial election. That's why now is the best time to highlight the issues facing our youth as they grow up in B.C., and I'm game to do it. But I need your help.

If we can raise $25,000 by May 30, The Tyee will send me on a journey around the province to ask youth what it's like to travel over an hour by bus to school because budget cuts forced the local school to close; to sleep on friends' couches or camp in tent cities because they can't afford rent; or plan to leave their home town because the local industry has floundered.

Like those families I met in Hazelton, personal stories have more impact on people than budget figures and policy talk. This is our chance to talk to the people most impacted by budget cuts and policy changes, B.C.'s next generation, and bring their stories to our next government to demand change.

Please help The Tyee bring this project to life and support this campaign today.