Terrible though it is, the invasion of Ukraine has at least united the world in a common cause with a common enemy. Could this mark a turning point in our divisive politics?

You'd think. But the turning you reference may well be toward Canada. Republican congressional entity Lauren Boebert discussed Vladimir Putin's war on Fox News thusly: “I pray for Ukraine, I wish them the best... but we have neighbours to the north who need freedom and need to be liberated.”

Hang on, my beleaguered Canadian guerillas, help is coming. No longer will you be forced to put up with unprovoked moose attacks and endless Corner Gas reruns. No more relying on cheap prescription drugs — the new regime will bring us opulent prescription drugs with truly elite price points.

But wait — on Wednesday Ukrainian President Volodymyr Zelensky tweeted his thanks to the tyrannical Prime Minister Trudeau Castro. The poor man must be confused. After all, he is under a lot of stress. Still, Zelensky's tweet must have come as a nasty shock to brave humanoid Boebert. Fresh from her triumphant heckling of President Joe Biden while he spoke about his dead son during the State of the Union, Boebert was clearly hoping for a full-scale invasion of the mysterious tundra above North Dakota. Canadian evil-doers would be captured, their masks pulled off like so many Scooby Doo villains.

So the unity you are hoping for, Hopeful, has not quite been universal. A Wednesday vote to support Ukraine in the U.S. House of Representatives was opposed by Republican congressional lifeforms Paul Gosar, Thomas Massie and Matt Rosendale. And Putin was recently called a “genius” by a certain turnip-toned White House evictee.

With the notable exception of Mitt Romney, even those Republicans who have acknowledged that perhaps Putin is not the reincarnation of King Arthur have nonetheless largely failed to criticize Donald Trump for his faithful Kremlin kowtowing. They know that any contradiction of the GOP's Dear Leader means exile to the political gulag.

Overall though, the international community has indeed rallied to the blue and yellow Ukrainian flag. Canadians have done their part, following the news carefully, most of them eventually figuring out that the four different cities being referred to on various news channels are in fact just different pronunciations of Kyiv.

It has also been pointed out that in addition to stalling the Russian advance the brave Ukrainian resistance has had another effect — it has managed to cast Canada's recent truck convoy heroes in an even more unflattering light, a feat in itself. With their Confederate flags and distinctive mating call of “Freeeeedom,” the anti-mandate crusaders now look even more like Star Wars cosplayers, or Civil War re-enactors carrying wooden muskets into mock battle while a genuine firefight rages elsewhere. 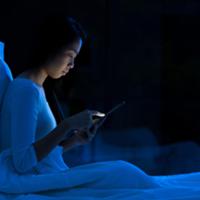 Keep Calm and Control What You Can

How would the hot-tub-and-bouncy-castle crowd fare against the Russians? There's a potential sequel to Galaxy Quest in here somewhere, where a random crew who pretended to be warriors on TV find themselves recruited to battle for real. It could make for a great — if rather gruesome — comedy.

It's not just anti-vaxers standing in an uncomfortable spotlight either. Everywhere you look a severe storm of perspective is breaking out. Words are starting to have meaning again. Until recently when Dr. Steve heard someone talking about strength and guts and glory, it was an ad for pickup trucks. In the face of actual courage, the value of these empty tough-guy slogans is plummeting faster than the Russian ruble.

Perspective: it is no fun at all. Lately Dr. Steve has been struggling to maintain interest in the problems of weeping contestants on The Bachelor. He stubbornly hangs onto his right to be upset about Jaroslav Halak's poor goaltending and its possible effect on the Canucks' playoff chances. But it's becoming more difficult all the time.

This is the courageous battle Dr. Steve is fighting. Perhaps he should be more concerned with fighting the tyranny of Prime Minister Trudeau Castro instead. But he will leave that to others. Although based on her track record so far, Dr. Steve has a feeling that Gen. Boebert will end up leading an all-out assault on Vancouver, Washington.