On March 29, with the third wave of the COVID-19 pandemic taking hold, the B.C. government announced a “circuit breaker,” a set of restrictions aimed at halting the infection’s spread and buying time for our vaccination campaign to accelerate.

Whether those restrictions will be enough remains to be seen. But as fossil fuel projects, Site C and old-growth logging charge along despite the pandemic keeping the rest of us home, the B.C. government needs to implement another kind of circuit breaker: one that halts the rampant ecological destruction across our province and allows us to begin the challenging work of building a future in which we can thrive, despite the uncertainty of a rapidly changing climate.

The world has warmed about 1.2 C since pre-industrial times and by 2025 we will have reached atmospheric carbon dioxide concentrations that haven’t been seen on our planet in 15 million years. We’re likely to exceed the Paris Agreement target — 1.5 C of warming — between 2026 and 2042.

The World Meteorological Organization recently warned we may exceed the target, at least temporarily, as soon as 2024. For a little perspective on what that means, recent research found that 1.5 C of warming would be enough to render virtually the entire tropics unliveable due to extreme heat. Forty per cent of humanity lives in that region today.

In short? The situation is dire, and because of the last 30 years of knowing inaction, it’s also urgent. We need to reduce emissions as quickly as possible; we need to preserve biodiversity and functioning ecosystems; we need to rethink our food and energy systems. We need to prepare for sea level rise, drought and wildfires; for global unrest and climate-induced migration on never-before-seen scales; for unpredictable shocks to our financial system and global supply chains; and yes, for future pandemics. An appropriate response to the climate and ecological crises would be one that weaves them through every decision a government makes.

I’d love to see such a visionary approach to climate mitigation and building resilience in British Columbia. But let’s not put the cart before the horse. The first step Premier John Horgan must take is simple: stop adding fuel to the fire.

B.C. is a major producer of fossil fuels and has been for some time, but the burgeoning LNG industry, driven by export projects like LNG Canada and Woodfibre LNG, is forecast to more than double the total production of fossil (“natural”) gas in the province by 2030, thanks to the new export demand created by LNG. Virtually all of that will be extracted using hydraulic fracturing, or fracking.

B.C.’s recently announced sectoral targets paint a rosy albeit unambitious picture, setting a goal of reducing oil and gas emissions to 33 to 38 per cent below 2007 levels by 2030. But there are more than a few issues.

The more fundamental issue, though, is that burning fossil fuels is — by a wide margin — the number one cause of climate change. Our climate targets might not count the fossil fuels we produce that are burned abroad, but we share the same atmosphere as the countries we export to. The idea that we can grow fossil fuel production into the middle of the century and avoid a “ghastly future” (as some scientists have phrased it) is, quite frankly, insane.

The United Nations Environment Programme agrees, noting in the 2020 Production Gap report that fossil fuel production must decline six per cent annually for the next decade. Gas production specifically must decline three per cent annually if we are to hope to limit warming to 1.5 C. Many governments around the world are planning the opposite, investing in infrastructure to grow fossil fuel production two per cent each year. B.C. is a leader in this sense: doubling gas production over the next decade is equivalent to growing it by 7.2 per cent each year for 10 years.

Escalating fossil fuel production isn’t B.C.’s only crime against future generations, though it might be its most egregious. Horgan’s government continues to ignore its promise to implement protections for the last remaining old growth forest in B.C., it refuses to take meaningful action to protect biodiversity, it’s building a mega-dam with disastrous ecological implications for the purpose of “electrifying” the LNG industry, and it’s in multiple disputes with Indigenous nations who are standing up against their “extractivist” agenda. If this is what climate leadership in Canada looks like, we need to start looking elsewhere.

We’re out of time. The Paris target, itself a degree of warming that will have devastating consequences for billions of people, is already considered “virtually impossible” by many scientists, and viewed through a political economic lens, that assessment certainly appears plausible. Here in Canada, we may not feel the worst physical effects of a hotter climate, aside from the concerning prospect of sea level rise.

But the interconnectedness and systemic fragility that globalization has wrought means that we are still at tremendous risk. And there’s also a moral imperative to stop perpetrating what the leaders of the Marshall Islands, Barbados and other nations who bear little to no responsibility for climate change call “climate genocide.” 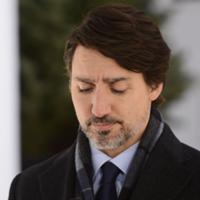 It’s long past time we hit the “PANIC” button. I’m lucky enough to be in a privileged position where I can afford to work in climate communication and activism, doing things like writing this op-ed. Horgan is in a privileged position, too. It’s time for him to use that position to flip the “circuit breaker” on ecological destruction, starting with old growth protection and a moratorium on new oil and gas development.

Will it be difficult? Will it come with costs? Absolutely. As resource extraction proponents love to point out, tens of thousands of people work in these industries. But as the rest of the world moves off fossil fuels and away from unsustainable forestry practices and destructive mega-projects, these jobs will be lost anyway. Last year, the federal government paid people to stay home to prevent the spread of COVID-19. We need to pay industry workers not to stay home, but rather, to help us build a future in which we can thrive. And the costs of continuing the status quo far exceed the transitional costs we’ll face over the coming years.

Much like the pandemic, it will never be too late to turn the ship around; it’s a question of how much suffering we cause along the way.