Heeding the urgings of their charismatic leader, the recent Conservative party convention introduced a resolution acknowledging that climate change is real. The motion was voted down. What are your thoughts on this?

Well, naturally Dr. Steve is relieved. He believes in democracy. Without democracy what are we but a bunch of ignorant Americans, storming the Capitol? The voters must be respected. If the Conservative party decides to vote climate change out of existence, out it goes. They’ll not be swayed by the sales pitch of a smooth young charmer like Erin O’Toole.

Perhaps this is just the sort of bold inaction we require. Perhaps it is time for the people of this country to deal with the issues by ignoring them. Vini, vidi, exivi — I came, I saw, I left. Then I went to the art gallery with a tinfoil chapeau and a sign about vaccine microchips.

Last weekend, Dr. Steve encountered a vehicle caravan cruising around Vancouver with signs urging people to ignore Dr. Bonnie Henry and the phony COVID scare and watch out for nanoparticles something something Bill Gates. No doubt they were passing through on their way to the Conservative convention. Anyway, message received, brave truth-tellers. Let us now move past the COVID hoax and concentrate on the threats that really do exist, such as Bigfoot.

There is no doubt Bigfoot is real — he’s currently a top rental on Netflix, for which he can perhaps thank the government of Alberta. After its famous “war room” decided to tackle the animated feature Bigfoot Family as a piece of virulent anti-oil propaganda, the free publicity flowed like a gusher of black gold.

In the movie, Bigfoot battles the evil oil company Xtract that wants to ruin an Alaskan valley. Premier Jason Kenney might have been expected to endorse this film as a shocking example of how foreign oil companies do business and the subsequent need for domestic production. Instead, Alberta’s Conservatives attacked the movie (perhaps because it was produced in France — the country that also produced the Trudeaus, remember). A war room petition complained the feature “shows oil being extracted by blowing up a valley using glowing red bombs that look like something out of an action movie. Tell Netflix this is wrong...”

Well, it is wrong, clearly. At the oilsands they actually use massive dredges that turn the area into a moonscape, then dump the material into huge trucks for processing, which takes much longer. They only wish they had magical glowing red bombs. Someone ought to look into getting some of those — it’s probably a more environmentally-friendly method.

These petition drives do get somewhat complicated, though. Can the Alberta war room guide people through the complex ideological tangles involved? One must protest the terrible Bigfoot Family movie but without of course endorsing “cancel culture” and all its left-wing evils; one must stand up for the sanctity of Dr. Seuss while at the same time condemning the environmentalist garbage peddled in Seuss’s The Lorax, which was made into another scurrilous animated diatribe. 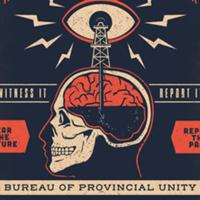 And the Conservative Party of Canada is looking boldly to the future, but climate change is a myth.

One can sincerely sympathize with Erin O’Toole. Politics is a retail business. You don’t get elected giving people what they don’t want. Nor do you get elected by responding to government policies with, “Us, too!” The uncomfortable fact is that many Canadians still want to deny climate change. They may believe in Bigfoot, but not in his environmental message. The natural political home of such people is the Conservative Party of Canada. O’Toole can talk all he wants about a new kind of party but ultimately he has to dance with — and for — the ones that brung him.