Torstar, parent company of the Toronto Star, has announced plans for an online gambling operation that will help subsidize journalistic operations.

Does this seem like a viable plan to save 21st-century journalism?

Old-school media outlets like newspapers are in crisis, and new funding models are desperately needed. Dr. Steve has proposed new revenue models right here at The Tyee. One such (brilliant) Dr. Steve scheme involved the prominent display of corporate logos.

Dr. Steve’s plan would have offered major Tyee visibility to participating companies. To wit: The Spillco Oil Conglomerate might see its corporate insignia proudly displayed over a story headlined “Tyee Investigation Reveals Spillco Smuggling Bitumen into Galapagos Islands in Shells of Endangered Tortoises.” Tyee readers get the investigative scoops they expect, and Spillco gets a nice big banner headline on the front page. No such thing as bad publicity, they say.

Sadly, visionaries like Dr. Steve frequently find that their glimmering creative pearls have been cast before myopic swine. No revenue has been generated from this progressive scheme thus far.

With that in mind, Dr. Steve is excited about this new Torstar plan. They have hit on something here. But Dr. Steve can still improve upon it.

The problem with the Torstar plan is that it seems to envision a wall between the journalistic and wagering operations. The two will not overlap.

This appears to be a missed opportunity. Gambling and journalism can simply and profitably become symbiotic. Why not bet on how many journalists Torstar or Postmedia will lay off in a given week? It’s the sort of old-fashioned numbers racket Dutch Schultz would milk like a 1,600-pound Holstein.

The National Post in particular could set up a profitable book. Conrad Black’s weekly column might become as popular as the English Premier League with the punters — say, 9-1 odds that Black will employ the word “rodomontade,” 50-1 that he describes his critics as “pinchbeck mountebanks.” (Betting on a passage in which Black examines once again the unfairness of the justice system with reference to his own experience would offer only a modest payday.)

Rex Murphy could be a Post profit centre too. While it’s not a matter of conjecture that Murphy will be trending on Twitter every Saturday, there can be considerable speculation about precisely why. You would get no better than even odds on “Murphy rails against cancel culture” or “Murphy poo-poos renewable energy.” But one could shoot for a big Murphy trifecta — say, slapping down four Viola Desmonds on a column headlined “Trudeau’s Antifa-backed Carbon Tax Cancels Don Cherry for Governor General.” Big payoff on that one, and yet thoroughly plausible too.

The Tyee could even get in on the action. Say a new movie is coming out. You’re wondering if Dorothy Woodend will like it. Perhaps you’d like to place a wager on that possibility? There would be odds of course — one would not be inclined to put a straight-up bet on Woodend’s reaction to The Fast & Furious 19: Carmageddon in Cache Creek. But at 26-1, wouldn’t it be worth a tumble? Maybe Woodend downed a couple of schnapps at lunch before the screening. Might have been in a charitable frame of mind. 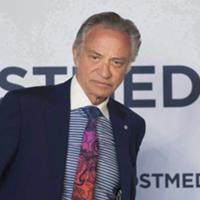 Meanwhile, as Torstar spins the wheel on its new funding plan, another battle has commenced Down Under. Australia has fired the first shot in what may prove to be a long war to siphon off some Facebook and Google riches for local journalism (or big corporate owners, anyway). The results of the antipodean Facebook faceoff have been somewhat inconclusive. But it’s a safe bet we will see more governments take this approach.

How safe, exactly? The morning line is 11-8. Click the button below to place your bet. Thank you for supporting local journalism and please come again!