The world has an intractable problem: in 1990, billionaires had amassed $118 billion in wealth.

Today, they hoard a treasure trove of more than $3 trillion.

Meanwhile, the number of billionaires has grown by nearly 40 per cent over the last five years.

Billionaires are not only proliferating faster than the coronavirus, but they are concentrating the globe’s money supply like there is no tomorrow.

The globe’s 2,153 billionaires, for example, now have more wealth than half the world’s population — that’s 4.6 billion ordinary Earth dwellers.

Just 22 male billionaires have more money than all the women living in Africa. That’s more than half a billion people.

At this rate, billionaires will own everything and everybody in a couple of years.

Billionaire oligarchs already dominate global affairs so totally that a Swiss financial firm publishes a yearly report on their escapades.

When billionaires aren’t telling us how to live, they fly in their private jets to Davos where they pretend to fix the world’s problems.

Apparently only rich people with money and jets can fix things.

In Davos, billionaires, signalling virtue like a host of Vestal Virgins, utter a lot of rich clichés, like solemnly intoning that problems made by technology can be solved by technology — with the help of generous billionaires.

Meanwhile, a whole bunch of digital billionaires are trying to manage and manipulate us like rats in a lab with algorithms as addictive as Oxycontin.

At one time, you could depend on populists to rise up periodically to overthrow the rich and restore some balance to the world, but the billionaires have outflanked us.

They now lead and fund populist movements promising “to drain political swamps.” Talk about a “win-win” for billionaires.

Others rich guys like George Soros and David Koch think they can solve the world’s problems with money, which, incidentally, is pretty much how Judas thought about the world.

Anyway, it is a bad situation and enough to turn any citizen into an existential populist.

We could rise up against the world’s billionaire 0.000027 per cent the old-fashioned way with guillotines and pitchforks, but I have a more modest solution: let’s just send them to Mars.

Billionaires not only like rockets, but they are crazy about Mars and really want to go there in a bad way. I think many of them are also getting the heebie-jeebies here on Earth.

You can understand why. The damned plebs are anxious and awash in debt; the economy has lost its mojo; some populists actually want to tax the rich; and then there is that damnable thing called climate change.

Most of us can smell gunpowder in the air.

One hundred years ago, no rich person in their right mind would have ever thought of going to a Red State, let alone a Red Planet, but things have changed.

Every billionaire worth their salt is selling off their yacht or extending their longevity to buy a rocket.

He notes that “rich people like building rocket ships and sending them up,” and it’s OK with him.

And Trump wants the moon to serve as a launch pad for Mars. “I said, ‘Hey, we’ve done the moon. That's not so exciting.’ So we'll be doing the moon. But we’ll really be doing Mars.”

They can stay on Earth and walk wide-eyed into “an inevitable extinction event” and lose their fortunes.

Or they can “become a spacefaring civilization, and a multi-planetary species.”

That’s how hopeful the billionaires are today. In any case, they really want to get off the planet.

Jeff Bezos, the chief of Amazon, wants not only to go Mars but “everywhere” in space in one of his shiny Blue Origin rockets.

He can afford to, because Amazon doesn’t pay any federal taxes.

He also thinks all “heavy industry will be moved off-planet” and that Earth should be zoned “residential” for non-billionaires.

Let’s send Captain Picard Bezos to Mars before the Earth runs out of merchandise to sell on Amazon.

Musk, who has already put a Tesla roadster into space because he could, plans to establish a colony on the Red Planet by 2050.

I say let him. But make it a colony for billionaires with electric cars only. I don’t care if he calls it Club Musk or Club Red.

Now here comes a really funny part: the Nazi rocketeer Wernher von Braun (who went on to lead the U.S space program) predicted in his book Project Mars, a “technical” case for going wrapped in a 1950s sci-fi novel, that the red planet would be governed by 10 technocrats and their leader would be called Elon.

I am not making this shit up.

Igor Ashurbeyli, a Russian billionaire and rocket scientist, wants to create his own nation in outer space called “Asgardia.”

It will have its own government, currency, calendar and something we don’t have on Earth anymore — a justice system.

The Japanese billionaire Yusaku Maezawa, who founded the fashion retailer Zozo, hopes to make it to the moon on one of Musk’s SpaceX rockets.

Mark Zuckerberg, the whining billionaire who broke a lot of democratic things with Facebook, doesn’t want to go to outer space (at least not yet), but is sending spacecraft to its far reaches.

He wants to be the first to get aliens on Facebook.

So let’s send the violator of our privacies to the Red Planet. I’m sure he will find a lot of friends there.

Now let me declare my bias, because I obviously have one.

I don’t hate billionaires. I just don’t appreciate their abuse of power and their demonic obsession with money.

Jacques Ellul, a radical Christian that no self-respecting billionaire would ever read, thought money acted like a strange power that invaded the soul and enslaved the heart.

It replaced God’s spirit in every person with absurdities and cruelties.

He thought the only way to deal with the problem of money was by giving it away and treating it profanely.

Now get this: the scriptures identify “the rich” as people who think they don’t need God’s help. That probably explains why most billionaires act like gods and tweet like rock stars.

One more thing. I come from a long line of Norwegian and Ukrainian peasants.

A peasant defines wealth the old-fashioned way: it’s all about family and friends and a good piece of Earth. If you are loved and believe in the Tao or God, you are wealthy even if you have holes in your shoes.

One of my heroes is Emiliano Zapata, a rebel peasant leader from Morelos, Mexico. He refused to sit on the presidential throne in Mexico City in 1914, because that’s not why he fought for the poor. “We should burn that chair to end all ambitions,” he said. Nobody listened to Zapata.

A military man later betrayed Zapata for, you guessed it, money.

Now I know I am writing heresies here. I’ve read the propaganda on the rich: they worked hard at building their hedge funds and earned their money and we should worship them. Billionaires obviously have long-term vision and are determined risk takers while the rest of us are just no-good shirkers.

Without billionaires, goes the propaganda, we’d have no running toilets or high-tech gadgets to distract us from the proliferation of billionaires. Companies run by billionaires, of course, make more money than other companies. And blah, blah, blah.

But I disagree. I lived well without Microsoft or a smart phone. A billionaire didn’t invent the flush toilet, or penicillin for that matter. In fact, I can’t really think of any problem a billionaire has really solved.

And no billionaire, no matter how much he or she celebrates themselves, will ever be as valuable as a man or woman who cares for a sick child, or a parent crippled by a stroke, or a friend beset by dementia.

So let’s send the world’s billionaires — all 2,153 of them — to Mars before we have a trillionaire problem. 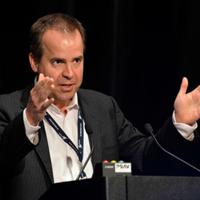 The Martians might get some excellent entertainment, because billionaires don’t really get along with each other.

Oh, did I forget to mention that the billionaires have to leave their wealth and their art collections behind?

It is really important to travel light on a flight to Mars.

To be serious for a moment, Wernher von Braun thought life on Mars would be hunky dory.

The colonists would live a subterranean existence and eat microscopic algae. Opportunities for “body repair and brain filling stations” would be readily available, and billionaires just love that kind of talk.

Nobody living on Mars would get nostalgic for Earth, wrote von Braun, thanks to “the standardization of all ideas and desires.”

And what more could a billionaire ask for?