Michael Byers is a noted international law expert at UBC, author of several books including the most recent International Law and the Arctic, and ran as an NDP candidate for MP in the Vancouver Centre riding in 2008. He lost, but not before making headlines by saying “we need to shut the tarsands down.”

Lately Byers has shifted his attention skyward, co-founding the Outer Space Institute at UBC. This Tuesday evening at UBC’s Green College he gives a talk titled “Look Up! Canada As an Arctic and Space Nation,” open to the public.

The Tyee caught up with Byers and here is what he had to say...

On how his son, and Elon Musk’s rocket, fired his imagination:

“In December 2015, my son Cameron and I travelled to Cape Canaveral to watch a SpaceX rocket launch. It was an awesome experience. It was a clear, dark night, we were just 12 kilometres from the launch site, and all of a sudden it looked like midday — because of the glow from the rocket’s nine engines. Then, a wall of deep sound hit us, so powerful that we could feel our internal organs vibrating.

“We watched the rocket rise high into the sky until, two and a half minutes after liftoff, the light from its engines suddenly disappeared. ‘Stage separation,’ Cameron explained, as we watched a smaller light appear. That was the burn from the single engine on the rocket’s second stage — more than 100 kilometres above us.

“Another light appeared. ‘Boost-back!’ Cameron exclaimed. The enormous first stage of the rocket — all 47 metres of it — had flipped 180 degrees, restarted its engines, and was coming back towards us.

“As [the] rocket plunged towards Earth, it rotated again, and then fired its engines twice. First, to slow its reentry through the atmosphere. And then, to land. Four legs extended from its base and locked into place. Blackened and smoking but otherwise undamaged, the rocket touched down gently on the pad. (Watch a video here.)

“My research interests changed at that moment. I realized immediately that SpaceX, by recovering the first stage of a large orbital rocket, had made a fundamental breakthrough in human transportation. One that could match the invention, maybe not of the wheel, but perhaps the steam engine.

“Getting to space had previously involved building the equivalent of a Boeing 787 Dreamliner and discarding it after a three-minute flight. Now, with rockets that can be re-used dozens if not hundreds of times, the economics of space flight are being radically changed, opening Earth orbit and beyond to new uses and actors.

“As space becomes an increasingly busy place, new threats to peace will have to be neutralized, new opportunities for co-operation seized, and new international rules agreed.

“My work on armed conflict, the oceans and the Arctic have prepared me almost perfectly to contribute here — through the same kinds of research and analysis that I’d been doing for three decades. Best of all, I’ve found a new research and writing partner: my son Cameron.”

On the pollution space tech causes here on Earth:

“An orbital rocket like a SpaceX Falcon 9 consumes roughly the same amount of highly-refined kerosene as a Boeing 787 Dreamliner flying between Vancouver and London. So yes, there is an environmental issue, including lots of carbon dioxide emissions.

“Within the next decade, cellphone towers will be rendered obsolete by constellations of thousands of small communications satellites in low Earth orbit. The big question is, how do we obtain these and future benefits while minimizing the negative impacts?”

On the other ‘garbage patch’ — accumulating space junk:

“Space debris is another environmental threat. There are already 500,000 pieces of debris larger than one centimetre in Earth orbit. Some are dysfunctional satellites; others are discarded rocket stages. Most are the result of collisions between such objects — at relative speeds of up to 56,000 km/hour — which can turn two pieces of debris into many small ones.

“In 1978, a NASA scientist named Donald Kessler warned that, once a certain amount of debris exists in orbit, debris-debris and debris-satellite collisions will lead to a continuously increasing collision rate. This is because each fragmentation of a space object increases the surface area of the collisional material, which increases the probability of another collision. We now risk losing safe access to key orbits as a result of runaway space debris.

“Fortunately, space junk can be addressed through a combination of international co-operation and technological innovation. For more than a decade, all the space-faring states have refrained from testing anti-satellite weapons in ways which could create long-lasting debris. They’re also designing satellites that can de-orbited at the end of their operational lives. Last but not least, they’re co-operating in the tracking of existing debris.

“Tens of thousands of pieces of space junk have been catalogued by the U.S. military’s Space Surveillance Network, which identifies potential collisions and shares this information freely with satellite companies and other countries. Sometimes, advance warning of a collision can provide time for an endangered satellite to be moved to a safer orbit using on-board thrusters. The International Space Station has engaged in evasive action at least 20 times since 1998.”

On who owns outer space:

“Although Neil Armstrong and Buzz Aldrin planted a flag on the moon in 1969, they did not claim the moon for the United States. For just two years earlier, the U.S. and the U.S.S.R. had concluded the 1967 Outer Space Treaty, which prohibits the ‘national appropriation of the moon and other celestial bodies.’

“During the Cold War, the two superpowers realized that allowing sovereignty claims in space would only increase the risk of nuclear war on Earth. They seized on space as an opportunity for co-operation instead, a decision that led to the 1975 Soyuz-Apollo Mission (with Soviets and Americans shaking hands in orbit), the International Space Station (currently inhabited by two Russians, three Americans and a Canadian), and now a planned Lunar Gateway (with the U.S., Russia and Canada as the first three confirmed partners).

“However, there is an unresolved issue of ownership with respect to mineral resources. There is growing commercial interest in the platinum, rare earth elements and ice that can be found on asteroids, some of which pass near the Earth while orbiting the sun. Most countries believe that asteroid mining would violate the Outer Space Treaty’s prohibition on ‘national appropriation,’ but a few countries, led by the United States, hold that asteroid mining is similar to fishing on the high seas.

“Together with Aaron Boley, an astrophysics professor at UBC, I’m currently researching the challenges associated with asteroid mining — challenges that will likely require new international rules. For instance, mining an asteroid could destroy scientific evidence of the origins of the solar system, create debris streams which might pass through Earth orbits and strike man-made satellites, or even, by reducing the asteroid’s mass, alter its trajectory and steer it towards an Earth impact.

“Along with Aaron, I’ve founded the Outer Space Institute to promote transdisciplinary research on these and other issues through a new international network of natural scientists, engineers, social scientists, international lawyers, and government and civil society experts.”

On Canada’s investment in space: 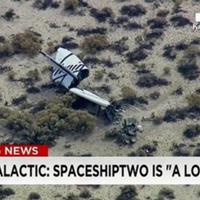 Space, the Final Playland for the Rich

“Canada’s vast distances, extreme climates and sparse population make space-based capabilities especially important. Take search and rescue beacons, which save literally thousands of lives around the world each year. This technology was put into operation in 1979 through a Cold War partnership between Canada, the Soviet Union, the United States and France.

“Canada also developed synthetic aperture radar satellites, which can track ships and measure the thickness of Arctic sea-ice, even at night and through clouds. It pioneered space robotics, most visibly in the Canadarm.

“And while the federal government’s support for space science and technology has fallen in recent decades, Canada clearly has the experience and ability to become a leading space nation again. I, for one, see this as a worthy and exciting challenge.”