Jason Kenney is learning that it’s not easy to set up a state-run propaganda agency.

Right off the bat, the Alberta premier’s “war room” swore, as every propaganda outfit does, that it would “reject what is false and promote what is true.”

The agency, officially named the Canadian Energy Centre and launched earlier this month with an annual budget of $30 million, picked one of its first battles with the Medicine Hat News.

That newspaper’s crime was to publish an opinion piece by Jeremy Appel that lambasted the agency’s motives: “Its entire premise is based on the notion that anyone who opposes oilsands expansion is a liar with ulterior motives.”

Appel called the war room “an expensive joke” and “a grave threat to our right to dissent.”

And he criticized Kenney for arguing, just like the extremist Ezra Levant, that the province needed a propaganda agency because Canadian oil is more ethical than Saudi or Russian oil.

“Are Albertans supposed to pat themselves on the back because they don’t jail and execute dissidents, but merely dedicate public resources to their vilification and harassment without a shred of transparency?”

Appel’s column proved something that George Orwell once wrote: that “if liberty means anything at all it means the right to tell people what they do not want to hear.”

And so, the CEC immediately swung into action. Grady Semmens, a CEC agent and former Trans Canada PR guy, sent the paper a note saying it wanted to respond to the “comments and inaccuracies” in Appel’s column. (For the record, Semmens describes himself as “a purpose-driven public affairs professional.”)

The subsequent “guest column” makes no mention of any “inaccuracies” but swears the propaganda outfit will be “informative, positive and educational.”

But how can a group staffed largely by conservative partisans or hydrocarbon fundamentalists be anything but ideological, political and false?

It starts at the top. Tom Olsen, CEC’s managing director, used to serve as the press secretary for Tory premier Ed Stelmach and was a failed United Conservative Party candidate in the last election. (Count Olsen as at least one Albertan put back to work by Kenney.)

Olsen and his indoctrinators, employing the Orwellian technique of inventing an enemy, pretend to be fighting a war against a foreign-funded, anti-oilsands campaign that largely ended four years ago. As Olsen blared, his agency “is a direct response to the domestic and foreign-funded campaigns against Canada’s oil and gas industry that have divided Canadians and devastated the Alberta economy as energy production in the United States and elsewhere has ramped up.”

Apparently Olsen has no knowledge of the 2014 oil price collapse, or other well-documented factors hurting his province’s petro-prospects.

And he apparently also forgot that years ago, four oilsands executives sat down with five environmental groups involved in the anti-tarsands campaign led by Tzeporah Berman. In backrooms, they all agreed to a half-assed plan to limit emissions as opposed to production, which, rightly or wrongly, largely derailed the campaign.

The NDP government later joined in the climate policy agreement, leading to a splashy announcement in November 2015.

Retiring Suncor executive Steve Williams confirmed the war’s end in an interview in the Calgary Herald last year: “If you look at the vigour of the off-oilsands campaign, it hasn’t been there. You’ve seen projects approved, you’ve seen Fort Hills built and started up.”

Still, no good propagandist discards a deflated enemy when falsely pumping one up better serves his purpose. Fighting a battle that has largely ended is surely good work if you can get it.

But propaganda machines need something else to run smoothly — slick branding. Here again Kenney’s gang keeps goofing up. Almost immediately Alberta’s erstwhile Ministry of Truth found itself under attack for sporting a logo trademarked by the U.S.-based Progress Software.

What self-respecting propaganda agency can go to war without a credible logo? 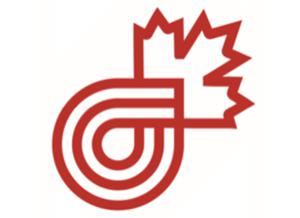 One of the logos for the Canadian Energy Centre, we think. It might be the second, and might not be the last.

Quickly the CEC brain trust acknowledged the mistake, pulled it, and replaced it with another apparently ripped-off logo. Calgary Herald columnist Don Braid suspects the agency will come out with an appropriate logo “after checking carefully to ensure it’s not the flag of a major nation.” And now there’s a war room logo generator to help.

What about that distinctly federal-sounding name: the Canadian Energy Centre?

According to Energy Minister Sonya Savage, the centre got called the Canadian and not the Albertan Energy Centre because the energy industry is “the beating heart of Canada.”

Unfortunately the agency occupies a clogged artery of like-sounding namesakes.

The Canadian Energy Network, a proud propaganda arm of industry, says, “Canadian hydrocarbons are an incredible resource that saves lives every day.”

The Canadian Energy Centre, a propaganda arm of the Alberta government that comes with its own “reporters,” says, “Canadian oil and natural gas can make this country and the world better.”

It is gratifying that both industry and government propaganda centres with similar names can share similar messages, such as that liquefied natural gas exports are great for the climate. But taxpayers might wonder why they need a government agency to say the same things that a corporate propaganda outfit is already saying with greater competence.

Indeed, when journalist and climate crisis activist Bill McKibben called out Canada in the Globe and Mail for hastening a global catastrophe and argued “keeping Alberta’s oil underground is going to become as crucial a global priority as keeping the Amazon rain forest standing tall,” Kenney’s Ministry of Truth swung into quick response. And so botched its tweeted rebuttal that University of Alberta economist Andrew Leach and others immediately, and humiliatingly, piled on with tweeted replies detailing its falsehoods.

Did that shame Kenney’s soldiers of subterfuge? Or will they simply shrug and crank up the echo effect? “The most brilliant propagandist technique will yield no success unless one fundamental principle is borne in mind constantly — it must confine itself to a few points and repeat them over and over.” So said Adolf Hitler, who knew something about propaganda.

Bullying the press is nothing new in Alberta. For a long time premier Ralph Klein used the Public Affairs Bureau to harass and mute critics.

The Stelmach government tried something called “For the Record,” but it just lowered the province’s credibility.

Tory MLAs even told Albertans not to read my (now decade-old) cautionary book on the perils of rapid tarsands development in 2008.

But Kenney’s government really appears to be drawing its inspiration from the Social Credit party, which ruled Alberta from 1935 to 1971. (Albertans prefer one-party states, just like the Russians and the Chinese.)

In 1935, Bible Bill Aberhart won a landslide election by promoting bizarre economic ideas in an Alberta badly unsettled by the Great Depression. Aberhart, who had his own evangelical radio station, won 56 of the 63 seats in the Alberta legislature by mostly blaming the depression on eastern bankers.

The Bible thumper also accused eastern bankers of conspiring to limit credit for Albertans, the same way Kenney, more than 60 years later, accused environmentalists of conspiring to keep the province’s oil resources in the ground. (Kenney won 63 out of 87 seats in 2019 election on the basis of that claim.)

Just like Kenney, Aberhart didn’t like a critical press because it questioned his lies and challenged his wonky conspiracy theories.

The democratic workings of the press so depressed Aberhart that he declared on his weekly Christian radio show that he was “glad there will be no newspapers in heaven.”

To deal with the media, Aberhart came up with the Accurate News and Information Act in 1938.

The so-called Alberta Press Bill was packaged with extreme economic reforms, including one bill giving the province the power to illegally tax federal banks.

The anti-press bill proposed to give a government board the power to demand publication of “corrections” or “amplifications” in response to disconcerting or critical news stories within 24 hours. Any newspaper that refused to comply would be fined up to $1,000 a day. The bill gave the premier the power to force reporters to reveal their sources and the cabinet the authority to suspend any publication. 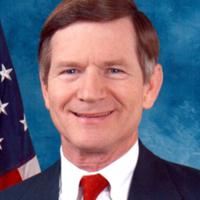 The Edmonton Journal led the crusade against this dangerous attack on press freedom, for which it eventually won a Pulitzer Prize. The Supreme Court of Canada quickly deemed the bill unconstitutional.

In the court’s ruling, one federal judge offered great insight into Alberta’s delusional state, and why Aberhart thought he needed to control and muzzle the press:

“It is, therefore, essential to control the sources of information of the people of Alberta, in order to keep them immune from any vacillation in their absolute faith in the plan of the Government.”

The premier and his party in power had proven enemies of democracy, concluded the judge, assuming their “doctrine must become, for the people of Alberta, a sort of religious dogma of which a free and uncontrolled discussion is not permissible.”

In Alberta, history repeats itself first as tragedy, and now as unbridled farce.