A dizzying number of experts have offered competing explanations for our absurd housing prices.

At its core, the issue is simple. The link between housing prices and local incomes is broken.

We can address the crisis by bringing market housing prices down to levels that reflect local incomes, or by building enough non-market housing to meet demand.

We’re doing little serious on either front, certainly not compared to the scale of the problem.

There’s long been a consensus on what constitutes affordable housing in this country. Spending more than 30 per cent of your monthly income on housing and heat, water and electricity means you’re creeping into housing unaffordability, according to the Canada Mortgage and Housing Corp. and Statistics Canada.

And that leaves people to make tough choices about what’s left of their income. Buy food, pay the utility bill or get needed medicine for a child? It also means they lack any cushion to make it through a rough patch, such as injury or job loss. Current food bank use, homelessness and eviction trends reflect this reality.

In Canada, about 3.3 million households — almost one in four — have housing costs above this affordability threshold. In Vancouver and Toronto it’s even worse. One-third of households are coping with unaffordable housing.

In a 2011 report, StatsCan found that on average people living in unaffordable housing spent more than half their incomes on shelter. The extra cost — beyond the affordable level threshold of 30 per cent — was $510 a month, itself 20 per cent of their income.

Governments at all levels talk about housing affordability. But they’re doing nothing that would bring real change to alter a trajectory that will see more and more Canadians facing unaffordable housing.

Consider the housing plans touted as solutions in the federal election.

The NDP offered the most ambitious proposal, calling for 500,000 affordable housing units to be built over 10 years. It sounds good. But at 50,000 units a year, that would mean the number of people living in unaffordable housing would decrease by about 1.5 per cent a year.

The Liberal party’s plan is precisely one-fifth as ambitious, promising 100,000 units, meaning the odds of winning an affordable unit will be about one in 30 for hopeful households.

Put another way, the Liberals’ total 10-year national plan — if it survives changes in government — would help less than one-third of the 320,000 households in Vancouver alone paying more than 30 per cent of their incomes for housing. (An additional Liberal measure, the Canada Housing Benefit, will give up to a $2,500 break to 300,000 households.)

The conclusion: unless you win the affordable housing lottery, things ain’t about to change as a result of new construction promised at the national level.

What about changes to drive prices down?

Governments could intervene to lower market prices for housing.

Taxes that target speculation, empty homes and foreign owners seem to have had at least some of the intended impact in British Columbia.

Purchases by foreign buyers dropped sharply after a tax was introduced in 2016.

Price increases slowed and then dropped in Vancouver after B.C’s speculation and vacancy tax and the city’s empty home tax were introduced.

But the measures implemented so far were designed not to work too well.

About 64 per cent of Greater Vancouver residents are homeowners, and they have done very well as prices have soared. They’re not keen on losing value, or even giving up future gains.

Since 2003, they have generally seen big annual jumps in the value of their homes. 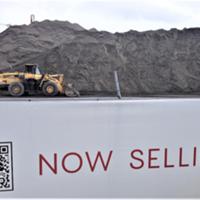 Things have changed, a little. BC Assessment says home values in the region will fall between five and 15 per cent in 2020. But shed no tears for most homeowners in Vancouver, at least — the drop is less than half the value gained in just 2015, when prices jumped by 30 per cent.

Vancouver Mayor Kennedy Stewart effectively acknowledged as much when he abandoned his campaign promise to triple the city’s empty home tax.

“What I don’t want to do is collapse housing values,” he told the CBC. The tax increase could be too much on top of the provincial government measures and a possible federal speculation tax, he said.

Allow that to sink in. A mayor elected to deal with the housing crisis fears increased taxes on empty houses would be so effective that prices could tumble. (Making them more affordable.)

Or consider another example.

Before the federal election, the Liberals held a series of housing policy town halls in Ontario. A report on the process included the idea of changes to the current capital gains tax exemption on principal residences. The measure would target people who profit by buying and selling homes quickly, and levy a tax on 50 per cent of any gains if an owner sells within 12 months, 25 per cent if they sell within two years, and 15, 10 and five per cent for the following years.

But mere discussion of the idea was enough to trigger Conservative attacks about a secret Liberal tax plan.

It’s a perfect example of the challenges of even talking about a policy that might curb some of the factors — like speculation — driving up housing costs.

The tax is hardly radical. It would take 50 per cent of the profits made by someone who buys and sells a home within a year. They would keep the rest, a significant chunk of cash in Vancouver over the last 15 years. Speculators would be deterred and government revenues boosted.

My shared rental house is in an area of Vancouver’s centrally located Cambie corridor, which was “upzoned” in 2017 to allow greater density. A developer bought it for $7.5 million after the rezoning and listed it for $12.5 million less than a year later. It sold quickly. There were no improvements. Sure, it’s a special case — the property value jumped once more density was allowed. 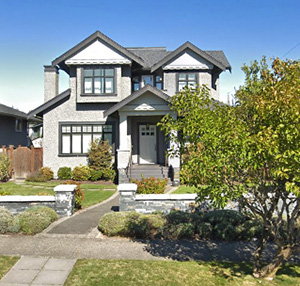 Huawei vice-chairperson and CFO Meng Wanzhou spent her first stint under house arrest in a Vancouver home that she and her partner own at 4005 West 28th Ave. in Dunbar.

Why not tax some of those gains? Other countries do — even the anti-tax United States.

If the government was serious about curbing quick flips by speculators — a factor in Vancouver’s crazy prices — it would introduce tax measures to make the practice less lucrative.

Meanwhile, other residents can only look on with envy at the winners of the housing lottery.

And a calculation by Point2Homes, a real estate market website, estimates that millennials who set aside 20 per cent of their incomes would take two decades to save enough for a downpayment in Vancouver.

Millennials, of course, are also likely to be in that group that is spending more than 30 per cent of income on housing. For many of them, saving 20 per cent of their income is a pipe dream. 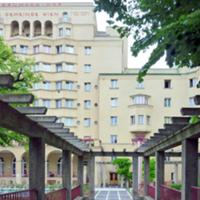 How Vienna Cracked the Case of Housing Affordability

Houses and condos have become investments, not places to live. And in Vancouver or Toronto, the profits on those investments have been enormous. Many owners count on them as retirement savings; few are willing to accept policies that would return the value of their properties to local income level norms.

It’s natural that most may not want to go there. But let’s not then join our politicians in pretending we’re doing our damnedest to solve the affordability problem. We’re not willing to take dramatic steps to increase the supply of affordable off-market housing, or to lower market prices.

By long-accepted standards in this country and all plans on the foreseeable horizon, housing is not going to become affordable.