Last month, half of Saudi Arabia’s oil production — about five per cent of global supply — was disrupted by a drone attack by Houthi rebels from neighbouring Yemen. Saudi Arabia spends US$67 billion per year on its military — the highest as a percentage of GDP in the world — and recently signed a deal for an additional US$350 billion in U.S. arms. Yet the world’s largest oil supplier could not defend itself against an attack of largely homemade guerrilla drones that probably cost less than a Vancouver condo.

Emerging technologies are upending decades of conventional wisdom on energy and security, illustrating how increasingly precarious our dependence on fossil fuels has become. The Saudis have the best air defence that money can buy, but their batteries of expensive Patriot missiles proved useless against a small, slow and cheap new weapon.

Conventional wisdom always enjoys considerable inertia, so it is unsurprising that oil markets have apparently already shrugged off this shocking blow to global supply. But we ignore such warnings at our peril. Technology and our climate are changing rapidly. For our safety we need to rapidly transition to resilient, distributed and renewable energy sources.

Hurricane Dorian was another wake-up call, obliterating much of the Bahamas in September and causing more than US$7 billion in damage from which the nation may never fully recover. Dorian was a monster, leading some scientists to suggest the climate-supercharged tempest should have been rated as a Category 6 storm, if such a thing existed on the Saffir-Simpson scale. The Bahamas has some of the strongest building codes in the Caribbean, but engineers looking at Dorian’s aftermath concluded that while enforcement of the codes was uneven, even those homes built to strictest adherence to these rules were no match for the climate-altered onslaught.

A greatly weakened Dorian still managed to knock out power to 80 per cent of Nova Scotia. Even with the help of crews from as far away as Ontario it took weeks to fully restore power. Our infrastructure was built for the past, and we can expect further expensive disruptions in the future.

What to do? We could apply multi-billion-dollar Band-Aids like moving power lines underground at a cost 10 times greater than the system they are replacing. That might make the grid more resilient to extreme weather but does nothing to address carbon emissions — including those from electricity generation — that are driving such disasters.

To make our world truly resilient from climate change, extreme storms and simmering geopolitical conflicts, we need to move quickly to locally generated green power. Oil companies and electrical utilities will fight this transition tooth and nail, and already are.

In Florida and other U.S. states a variety of ratepayers, including a former leader of the Tea Party, are in a pitched battle with utility companies unwilling to give up their monopoly control of the power supply. Rooftop solar and ever-cheaper batteries make it possible for individual homes to cut the cord to bloated energy companies. However, institutional inertia may mean this transition might first be achieved in the world’s poorest countries.

Over a billion people in the world have no access to electricity. Hooking up a home in Africa costs about US$1,500 and can take up to nine years, according to a presentation by energy entrepreneur Amar Inamdar. Not only does the African electrical grid fail to reach over 600 million Africans, it is also a money loser. Sub-Saharan utility companies lose about US$21 billion each year, according to Inamdar.

Inamdar points out that the invention of cellphones allowed Africans to leapfrog the need for landlines, and that the same thing is happening now with distributed electricity. For about US$150 an African home can now afford a solar panel, LED lights and a radio, transforming the lives of some of the world’s poorest people. Energy efficient appliances, rooftop panels, batteries and lighting are all plummeting in price due to advancing technology. Could this transformation be someday transplanted to the developed world?

Like many progressive changes in North America, the West Coast has led the way. Lasqueti Island is home to 400 off-the-grid residents who for years have powered their homes with largely renewable sources. Accelerating technological change means these localized models may soon become more mainstream.

Disruptively cheap solar panels, battery storage and electric vehicles are opening up the possibility that, in the near future, communities will be able to power their lives without the need for influential energy gatekeepers that have so corrupted our political institutions. You don’t have to look far to see expensive examples of that endemic problem.

BC Hydro is imposing a $10.7-billion boondoggle on customers that will be obsolete the moment it is turned on in 2024. Eleven-hundred megawatts of generating capacity intended to supply a non-existent liquefied natural gas industry will instead have to be sold to Alberta or the U.S. at a loss, assuming they want it. At the end of the day BC Hydro (i.e. the taxpayer) may end up owing $31 billion.

The Muskrat Falls hydro development in Labrador is even more of a disaster, costing an estimated $12 billion — about $6 billion over budget. Inuit and Metis groups were largely ignored in the approval process and are rightly concerned about the potential for decades of methyl mercury contamination in local waterways.

Alberta’s oil sector has so captured successive provincial governments they may as well move the seat of government from the legislature into the headquarters of the Canadian Association of Petroleum Producers. Premier Jason Kenney squanders public money on a kangaroo court to vilify industry critics while the oil patch is allowed to rack up $260 billion in unsecured environmental liabilities. 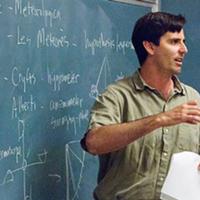 The former CEO of the Alberta Energy Regulator — itself funded by energy companies — was forced to resign after misappropriating millions for a moonlighting project ironically called the International Centre of Regulatory Excellence. Apparently, he was chafing at his paltry salary of $692,000 and hoped to hire himself out to other countries wanting to recreate the Albertan regulatory miracle.

Meanwhile the arms sector, including in Canada, is selling billions in deadly hardware to protect precarious supply lines of global petroleum. They, along with the energy sector and various compromised governments, have a strong interest in things staying much as they are. So far, they have been successful.

Citizens need to understand that transforming to a greener, cleaner and more peaceful world will be a hard-fought struggle. Many vested interests including elected leaders will seek to delay and obfuscate even more than they already have. If we are to avoid another unwanted Mideast war or looming climate catastrophe, it is a struggle we must win.