Whenever and however he leaves office, Donald J. Trump will not be through with us. He ended an era dominated by one or two superpowers and their allies, and he began another in which no state dares trust another and every state looks like a house of cards.

The U.S. after Trump will of course be the most severely affected. First, let’s assume a “happy ending,” with the Democrats elected in a landslide in 2020 under a smart, competent leader who knows how to put a government together and how to use the levers of power.

The 46th president would face a truly daunting first term, even if her party also took both the House of Representatives and the Senate. She would face Republicans in both houses determined to hold on to the gains they had made under Trump, not to mention a host of Republican-dominated states reluctant to co-operate with the new administration.

She would also face a federal civil service demoralized and disgruntled, riddled with Trump appointees and opportunists. The State Department, crippled after four years of Trump, would need a generation to rebuild. Agencies like the Border Patrol and ICE — Immigration and Customs Enforcement — would dig in for a long siege as the new president tried to confront the immigration problem.

Perhaps worst of all, the federal justice system would be dominated by Trump-appointed judges from the Supreme Court on down. Almost every new law would be contested by Trumpists, and likely overturned. The new president would find herself caught between her frustrated supporters and her determined Trumpist adversaries who had seeded the justice system against just this eventuality. Abortion and voting rights, gun reform, public health, climate response — all could be thwarted by conservative Trump appointees.

Cyberwar of all against all

The president and her government would also be under incessant online attack by the Russians, Chinese and anyone else interested in carving out a sphere of influence in U.S. politics. By 2021, when she takes office, such attacks will have a degree of sophistication only dreamed of in 2016. A state of permanent, Hobbesian cyberwarfare of all against all will be taken for granted, while we — the targets — increasingly lose track of what truth itself might mean.

Anti-Trumpers now like to call themselves “the resistance,” but the Trumpist resistance will outdo them by far. It will be backed by as many as a hundred million Americans, including plenty of state governments, military personnel and police forces. Race-baiting incidents will become too common to deserve smartphone videos on Twitter. As the divide deepens, blacks and Hispanics, in droves, will die in police custody. Trumpist state governors will teach their educators a lesson by cutting budgets for schools and universities while neglecting amenities like clean water for minority neighbourhoods and those that voted Democratic in 2020.

Meanwhile, Trump and his family will conduct an endless campaign to keep themselves out of jail. They will exploit every loophole and ambiguity in the constitution they flouted, in the reasonable hope of postponing justice into the 22nd century. And they will play the media like a piano, always offering a better, more titillating story than a lawful government can — while Trumpist social media offer a basso continuo of lies.

And that’s the happy ending, based on a 2020 Democratic victory. Imagine two terms of Trump, and the prospects for a restoration of the old order in 2025 dim exponentially. Then imagine a loyal Trumpist elected in 2024, following the old patriarch into the Oval Office. It would be game over for the American experiment.

Canada and the rest of the western world, after 75 years of reasonable security under the American system, would likely feel orphaned. The European Union would likely break apart into a neo-fascist East Bloc and a fretful West Bloc resenting both the English to the north and the migrants to the south. Japan and South Korea, weighing their options, would consider a return to the Chinese hegemony they had lived under for centuries. Much of Africa and Latin America would welcome Chinese investment and domination as well; they already seek it.

Meanwhile, the climate crisis will worsen, and each year will predictably be the hottest on record until the next one. Those in climate disaster zones who can’t shelter in place will die in place. Or they will trudge north to the U.S. and Europe or south to Argentina and Chile. If they don’t die en route, they may make some place for themselves, while shaping the politics of both their hosts and those who reject them.

Contemplating the god-awful mess after Trump, the new Democrat president might be tempted to imitate Turkey’s President Recep Tayyip Erdogan, who used a failed coup in 2016 to throw countless real and imagined enemies in jail, shut down hostile newspapers and create new laws to enforce his increasingly authoritarian regime. The Spanish word for this is “autogolpe” — a state-run coup d’etat.

The 46th president would have to resist the temptation. For one thing, it would be wrong, a violation of democratic institutions. For another, it would fail. The armed forces would refuse to back her. The judicial system, including liberal lawyers and judges, would refuse as well. To arrest and jail leading Trumpists would be impossible, even on a modest scale, because there are simply too many of them.

A pretext for insurrection 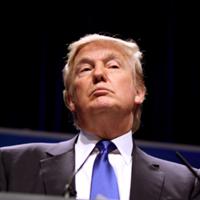 Trump Is the Symptom, Not the Disease

And in the event of a Democrat victory, a fraction of the Trumpist diehards would welcome an attempted coup as a pretext for insurrection: citizens in arms against an evil, illegitimate government. The insurrection would take the form of race riots and assassinations of the president’s supporters.

Instead, the 46th president would have to move slowly and incrementally: an arrest here, a forced retirement there and a great deal of backroom arm-twisting to gain support for rolling back Trump’s legislation and executive actions. Action on climate change would involve pork-barrel funding of renewable energy projects in Republican districts and states, not to mention free college tuition and other goodies. If Trumpism springs from alienation, democracy needs to end the causes of that alienation and make people believe they have a stake in each other’s prosperity.

The president and her government would also have to demand a reset in their relations with foreign powers, especially Russia and China. Recalling the U.S. ambassador from Moscow, and ending U.S. investment in Russia, would be a useful first step. Banning all immigration from Russia would be a second.

China would require a more businesslike approach: the West needs a stable, prosperous China that doesn’t feel threatened. The 46th president might guarantee China its own sphere of influence. In exchange, Beijing would recognize itself as just part of a Greater China that includes Taiwan, Hong Kong and a Chinese diaspora free to live under other political and economic systems. 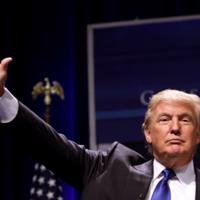 As for Canada, the 46th president would agree that Trump’s tariffs and harassment must end. Trade deals would be restored to 2016 agreements, or improved. Environmental and climate co-operation would intensify, and the U.S. and Canada would back one another’s foreign policy initiatives.

Even so, any new deals with the U.S. and our other allies would require careful wording and guarantees. Otherwise we might be back where we started when a new Trumpist gains power. And one surely will.

That’s because Trumpism’s appeal will survive Trump himself. Just as Argentina’s demagogic president Juan Perón, the Trumpist base will seek new leaders. The Republican party itself is likely to break apart into quarrelling factions, each claiming to be the true successors to the great man. That will make it easier for Democrats to win victories, but eventually some Trump wannabe will unite the factions and return to power.

The U.S., Canada and other democracies will need to be prepared for that eventuality by leaving no weakness for him to exploit — while also controlling their own populists. It will be an exhausting, seemingly endless effort to maintain democratic institutions.

But, as they say about old age, consider the alternative.