With climate change set to become a major issue of the 2019 federal election, NDP Leader Jagmeet Singh declared a policy shift on Monday when the party presented its most aggressive plan yet to transition Canada away from fossil fuels.

The increase in urgency was inevitable. After previously expressing support for a nascent liquefied natural gas (LNG) industry and an accompanying pipeline that would span almost the entire width of northern British Columbia, Singh drew the ire of many New Democrats, environmentalists and Indigenous People.

A federal byelection earlier this month in Nanaimo-Ladysmith saw the NDP finish a disappointing third in what had been a fairly safe seat, while the Greens jumped from fourth to first, finally electing their second member of parliament.

The result was a shock for the NDP and drew a call from long-time New Democrat Svend Robinson, the former MP and current Burnaby North-Seymour candidate, for the party to present a bolder plan to thwart climate change.

Strategically, with a general election looming, the NDP could no longer afford to dither. The Liberals already offer an underwhelming middle ground on climate action, located somewhere between the modern Conservatives’ irrational zealotry against foresight and the Greens’ insistence on an expeditious energy revolution.

Following the byelection defeat, Singh saw the (strategic) light and experienced a climate epiphany. His newfound enthusiasm seemed free from equivocation. Hydraulic fracturing (or “fracking”), the process used to extract LNG that is maligned for releasing harsh chemicals into drinking-water aquifers, as well as triggering minor earthquakes, was added to the NDP’s list of unacceptable future practices.

Or so it seemed.

Within hours, when asked if his opposition against fracking also extended to a proposed LNG project in northern B.C. championed by John Horgan’s provincial New Democrat government, Singh became evasive. He avoided taking a stance and instead praised B.C. on its overall climate efforts.

At worst, Singh has been a hypocrite. At best, he’s uncertain, unable to explain how a series of trade-offs could result in LNG expansion being part of an overall carbon reduction strategy during a climate emergency. Or perhaps, more cynically, Singh has prioritized federal-provincial NDP harmony over resolute climate action.

At the very least, Singh should have the courage to declare a clear position. Any ambiguity — perhaps a naive attempt to appeal to all voters — will ultimately appeal to none. We are witnessing yet another impossible attempt from the NDP to make policy decisions without alienating anyone, similar to the failed strategy that cost the party the 2015 federal election.

Rather than offer an inspiring vision and decisive policy stances that animate voters, the NDP is trying to seem as inoffensive as possible, cautiously tiptoeing across the country in an effort to appeal to those supposedly king-making Sensible Voters.

Liberal strategists craftily exploited the NDP’s overall hesitation in 2015, and will readily do so again if gifted the opportunity. The silver lining for Singh is that the Liberals are also conveying mixed signals to the electorate, making pronouncements about liberating Canadians from climate catastrophe as they purchase oil pipelines and exclude major polluters from carbon pricing.

The NDP still has an opportunity to firm up its climate position in the months ahead, offer a brave alternative to the two large parties, and reap the electoral rewards. If they fail to do so, the Greens may instead gain from voter frustration. Ultimately, if Singh wants to become Canada’s undeniable climate champion he must oppose all new fossil fuel expansion, including LNG in British Columbia. This will require uncomfortable confrontation with Premier Horgan, a fellow New Democrat.

But does Singh have the conviction?

Singh could do worse than to channel the decisiveness of the current prime minister’s father, Pierre Elliott Trudeau. Love him or loathe him, the elder Trudeau was one of the most resolute leaders in modern Canadian history. When he made up his mind on an issue, Trudeau could inform you exactly why he came to that conclusion. He did not waver in the face of criticism. And although some detractors accused Trudeau of arrogance, Singh would be much better off portrayed as haughty than hesitant.

With a looming climate emergency, Canadian voters may discover an unprecedented appetite for daring policy ideas and unfaltering determination to implement them. This is not the time for trepidation from the NDP. 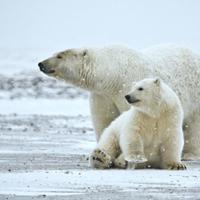 On Climate, Does Trudeau’s Canada Play Hero or Villain?

If Singh or his strategists wish to appeal to as many voters as possible and avoid the polarization that climate action summons, he must persuade Canadians of what the country has to gain, including economic benefits. Even Albertans, in the midst of an economic low stemming from the boom-and-bust nature of the oil patch, could potentially be inspired.

Singh’s rhetorical focus on “love” echoes the late Jack Layton’s final letter to Canadians, but the current leader would do well to remember that when making policy decisions and choosing an approach to the upcoming election campaign, hope is better than fear. Or perhaps more aptly for 2019, decisiveness is better than timidity.

There has never been a more opportune general election for bold climate leadership. In a country as diverse as Canada, taking a determined stance on any issue will earn you political enemies. But that didn’t stop Pierre Trudeau from becoming prime minister.