Many atheists celebrate Christmas. We don’t believe Jesus was humanity’s saviour, so celebrating his birthday would be a bit bizarre.

Yet for many atheists like me who grew up in a predominantly Christian culture, Christmas really is all around us.

And as the society has secularized, so has Christmas. In place of religious hymns, we have tacky pop songs. Instead of religious services, we co-ordinate dinners with families and friends. And of course there’s nothing inherently religious about exchanging presents.

So it only makes sense that this atheist presents his Christmas wish list. And while I don’t believe in Santa Claus, I do think Premier John Horgan exists and he could deliver these gifts for me on Christmas Day (or at least when the legislature returns in February).

The B.C. government will give $426 million to private schools in the current school year. A majority of those schools are religious and some have acknowledged teaching creationism. Policies at other schools arguably exclude LGBTQ2+ families, or make them feel unwelcome.

I think it’s time we keep public funds for public education. At the very least we can stop giving money to elite private schools and start requiring similar protections for LGBTQ2+ students, as Alberta has done.

About $1 billion in public funding goes to religious health-care facilities in the province.

Those facilities do good work; at the same time, however, many are also exempted from having to perform abortions or medical assistance in dying.

This creates real issues for people forced to transfer to another hospital or hospice just to access their legal rights, and in remote communities this may mean the difference between having the right in reality or just on paper.

It is time the province ensures our health-care system is truly universal.

In the midst of the opioid epidemic, people are still being forced into disproven, faith-based treatment programs, as I’ve written about in The Tyee. Simply put, it’s time to end religious coercion in addictions recovery and ensure everyone has access to secular addictions recovery.

If a couple wants a Christian, Muslim, Hindu or even Scientologist marriage in B.C., they can have their religious representative perform it and it’s legal.

So why does B.C. refuse to recognize Humanist marriage officiants?

Ontario recognizes Humanist marriages, and all that needs to happen here is for the health minister to direct bureaucrats to recognize Humanist groups under the Marriage Act. Longer term, I’d hope the province moves to amend the act to follow Scotland’s lead and formally recognize marriages performed by representatives of belief systems.

Municipalities across B.C. grant hundreds of thousands of dollars of property tax exemptions to religious organizations with hardly any accountability.

Buildings and land actually used for worship are tax-exempt under the Community Charter and cities extend additional religious exemptions to large swaths of underdeveloped land that often provides no tangible benefit to the broader community.

Some cities do apply a public benefits tests to that property to make sure they get a fair return and it’s time more cities adopted similar policies.

In 2015, the Supreme Court of Canada ruled that it is unconstitutional to begin a municipal council meeting with a prayer. Yet many communities across B.C. continue to do so.

Meanwhile the legislature begins every day with a prayer led by an MLA or a religious representative. Many of these are non-denominational and the practice of inviting non-majority faiths is to be commended. But the tradition likely still results in favouritism for some faiths over others.

Ultimately, it’s time to end these practices in favour of a more secular and inclusive democracy. 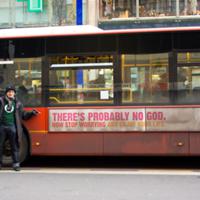 Atheists Have Rights Too

7. No funding for discriminatory housing programs

The government, municipalities and non-profits are all doing vital work to tackle the housing and homelessness crises. Yet that important work doesn’t justify supporting potentially exclusionary or discriminatory programs.

People in precarious housing are in an incredibly vulnerable position, and the government needs to take every precaution to ensure those individuals are free from religious coercion and the fear that they may be evicted because of their sexual orientation or gender identity.

The province needs to stop funding affordable housing projects run by religious organizations that have a history of challenging the rights of LGBTQ+ people and put clear guidelines in place to protect residents’ rights and dignity.

There you have it. The BC Humanist Association is collecting signatures from people who support these changes on our website and I’ll be delivering the list to the premier before the legislature resumes sitting in February.