Early in November, a report in the scientific journal Nature made some disturbing observations — especially for Canadians, because the news may have come too late for us to do anything about it.

The authors, who include University of Northern BC professor Dr. Oscar Venter, point out that “A century ago, only 15 per cent of Earth’s surface was used to grow crops and grow livestock. Today, more than 77 per land of land (excluding Antarctica) and 87 per cent of the ocean has been modified by the direct effects of human activities.”

What’s more, they write, “Between 1993 and 2009, an area of terrestrial wilderness larger than India — a staggering 3.3 million square kilometres — was lost to human settlements, farming, mining and other pressures.”

And Canadians are one of the last hopes for protecting the limited wilderness areas that remain. The Nature authors tell us that just five countries now contain over 70 per cent of the world’s wilderness: Russia, Canada, Australia, the U.S. and Brazil.

Russia, the U.S., and Canada happen to be northern nations, and our wilderness is the vast boreal forest that spans continents.

At the recent climate conference in Poland, Russia and the U.S. joined Kuwait and Saudi Arabia in giving a cool reception to the recent IPCC climate report. President Trump is pushing to open the Arctic Wildlife Reserve in Alaska to oil prospecting. Putin’s decision to side with Trump and the Arab petrostates tells us how much he cares about the forests of Siberia.

Canada is effectively the chief steward of the world’s boreal forests. That gives us a very heavy responsibility that we show no sign of recognizing.

According to Natural Resources Canada, the boreal zone supports 33 per cent of Earth’s forested area. Canada has 75 per cent of all the forests and woodland in the boreal zone, some 307 million hectares. The boreal is home to 150 bird species (and used each year by half the birds in North America). Mammals in the boreal include elk, wood bison, woodland caribou, moose, grizzly and black bears, beavers, snowshoe hares and wolves. The boreal also supports about 130 species of freshwater fish.

We are already encroaching on this enormous ecosystem, from logging to the sprawling oil sands development. The Yale School of Forest and Environmental Studies says , “Oil sands in Alberta underlie an area of approximately 140,000 km-squared, representing approximately 1.8 trillion barrels of crude bitumen, of which 170 billion barrels is thought to be extractable with today’s technology.”

It was considered tactless to mention climate change when Fort McMurray burned in 2016, but climate change was indeed the cause. More boreal cities and towns will burn, and the survivors will doubtless rebuild while coping with the health consequences of stress and air pollution. Much of that pollution will affect us urban southerners as well; Vancouver has already experienced smoggy summers due to both B.C. and Siberian wildfires.

The IPCC report warned we have until 2040 to keep global warming below 1.5 degrees Celsius. But the boreal forest may not have that long. A recent article in Nature News & Comment warns: “Three trends — rising emissions, declining air pollution and natural climate cycles — will combine over the next 20 years to make climate change faster and more furious than anticipated. In our view, there’s a good chance that we could breach the 1.5 degrees Celsius level by 2030… ”

The article finds, ironically, that we’re screwing up even when we try to do the right thing. First, global emissions keep rising. Second, the aerosols we dump in the atmosphere as pollution also help reflect solar heat. So as we clean the air, we also warm the atmosphere by up to 0.7 degrees Celsius.

Third, the article says, “there are signs that the planet might be entering a natural warm phase that could last for a couple of decades.”

So even as we try to preserve the boreal forest, higher temperatures will change it into something very different. The mountain pine beetle, surviving in greater numbers thanks to warmer winters, has moved farther north in B.C. and northeast into Alberta. Eventually it and other species are likely to extend into eastern Canada. 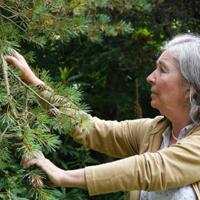 Tree Teachings: How Forests and Wildfires Are Critically Linked

The boreal forest will burn on a comparable scale, making a mockery of our attempts to lower our own emissions. Meanwhile, permafrost will melt, releasing methane that is a worse greenhouse gas than CO2, and forests will collapse into the mud. Mosquitos and blackflies will multiply, stressing caribou and other boreal mammals as well as birds. An ecosystem that has survived since the glaciers melted will shudder through one transitional state after another as species try to find a new balance and the climate worsens.

Given these predictable conditions, Canada and the boreal forest provinces should be studying the forest system intensely to learn how to minimize the damage. But our governments seem more interested in sustaining the fossil fuel industry than in protecting the boreal.

Perhaps another explosive wildfire season in 2019 will focus the politicians’ minds on the longer term.