Like countless communities across Canada, North Vancouver faces two entangled problems: the need for more, and more affordable, housing, and the need for an adequate transportation system.

And, like many other communities, large and small, North Van is finding the latest attempt to solve those problems is running into the limits imposed by 20th-century urban infrastructure and its focus on cars.

The Maplewood region, just east of the Ironworkers Memorial Bridge, is one of the last North Shore areas open to development. Better known in the 1970s for the squatters living in shacks on its mudflats, Maplewood has largely remained a patch of woods and blackberries flourishing in an abandoned gravel pit surrounded by new development.

Some of the woods came down a few years ago, replaced by an industrial park on the Dollarton Highway. The development didn’t cause much trouble for commuters; they used the Old Dollarton Road until the new, four-lane replacement was ready. A new shopping plaza brought some amenities.

But the next proposed stage, creation of a North Shore Innovation District between the Dollarton Highway and Mount Seymour Parkway, is stirring considerable anxiety.

Part of the overall plan for the Maplewood area, the development would run east along the Dollarton from the present “Innovation Campus” used by Capilano University and north almost to the Seymour Parkway. Berkley Road, which now ends at the ice rink on the Parkway, would be extended down an escarpment to join the Dollarton at the CapU campus.

The Innovation District would be built on a 45-acre (18.2-hectare) site owned by development company Darwin and the Tsleil-Waututh First Nation. It would be a mix of 1,000 units of rental and market housing, stores, and businesses — including startups whose employees would get first access to some of the housing.

A spokesperson for Darwin told The Tyee that about 4,400 people would be working in the development when it’s complete. Other residents include people working elsewhere and Capilano University students and faculty. It’s not clear how many people would travel to the district for work or shopping in the course of a typical day.

Both Darwin and the District of North Vancouver have made a serious effort to inform the public about this project, and to get feedback, with a series of summer open houses at the CapU Innovation Campus. A Darwin spokesperson told The Tyee that traffic is the chief public concern.

That’s unsurprising. The North Shore has been a traffic nightmare for years, largely thanks to the real-estate boom. Outgoing North Vancouver District Mayor Richard Walton told The Tyee that much of the traffic on the Upper Levels Highway — the North Shore’s stretch of Highway 1 — consists of people in the trades from elsewhere in the Lower Mainland; they commute in the morning to construction sites on the North Shore and then head home around 3 p.m. (And now many tradespeople are turning down North Shore jobs because of the traffic.)

So to put even more people and their vehicles into an area just east of the Upper Levels Highway and the Ironworkers Bridge does not look like a solution. It’s no comfort to learn that a B-Line express bus service will run from Ambleside in West Vancouver to Phibbs Exchange, just west of the Ironworkers. It will still have to share the road with thousands of cars, trucks, and other buses.

Meanwhile, construction continues. A third tower, 32 storeys, is about to begin construction on the Seylynn Village site near the proposed development, and several blocks of Mountain Highway along Lynn Creek will soon be solid condos and rental units. More projects are slated for Mount Seymour Parkway, as well as commercial and residential building on Old Dollarton.

Apart from the traffic generated by such development, one North Vancouver District councillor, Jim Hanson, worries that most of this new housing will be million-dollar condos and townhouses, with little or nothing for ordinary families. He also doesn’t like the idea of bulldozing an 18-hectare forest, especially as a growing population makes green spaces more needed.

Mayor Walton told The Tyee that he understands such concerns. But he argues that more traffic infrastructure will be in place before construction even starts on the Innovation District. These projects, he says, will be complete by 2023, and construction of the Innovation District isn’t likely to start before 2025. A Darwin spokesperson told The Tyee that the project would develop gradually over a decade, as driven by demand.

As for the loss of green space, Walton points out that the Innovation District will be built on industrial land owned outright by the Tsleil-Waututh and Darwin. Converting it to public parkland would be impossibly expensive.

North Vancouver district council has postponed a decision on the Innovation District until after this fall’s election, leaving the next mayor and council to deal with the problem. Even if they turn down the present proposal, the Tsleil-Waututh and Darwin can still come back with a new concept. 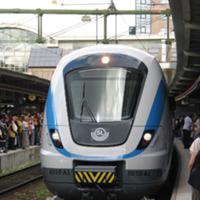 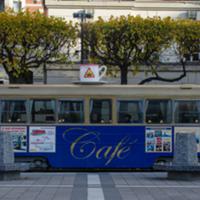 On balance, the Innovation District looks like a reasonable use of the space in an increasingly congested city. It would be a mixed blessing to Seymourites, offering convenient amenities and yet more traffic snarls. It would certainly not address the underlying problem for virtually every community in the Lower Mainland and North America.

North Vancouver, like most North American cities, is locked into a car-friendly environment — a problematic inheritance from the 1940s and ’50s, when streetcars were forced off the roads and bikes were relegated to kids on side streets. For all the talk of green, walkable communities, our infrastructure remains stubbornly pro-automotive. Even bicyclists must usually share the existing roads, and take their casualties. Public transit is slow and at the mercy of the next fender bender — or change of government.

Countries like Sweden built good transit right into their urban planning, ensuring residents of new suburbs could be in downtown Stockholm or Malmö in minutes. (And Malmö residents can commute over the Øresund Bridge to jobs in Copenhagen.) Conveniently flat cities like Copenha-gen can fill their streets with bicyclists in huge dedicated bike lanes.

We, however, lack the imagination, political will and common sense to redesign our cities for people instead of for cars and trucks. A city like Vancouver can’t begin to retrofit itself into a network of green, walkable, bike-friendly villages linked by electric buses and streetcars.

All we can do is pack people closer together, give them Skytrain or buses, and resign ourselves to living in a city designed more for cars than for us.

As we fill in the last blank spots on the urban map, like Maplewood, we might pause to think about perhaps building whole new cities from scratch, and doing it right this time. Kitimat and Tumbler Ridge were designed and built to serve a specific industry; we might design and build new cities to serve their inhabitants as well, who could walk from their affordable homes to their shops and workplaces and schools, and complain when their city got so big they had to catch a damn streetcar to get around town.