Tahoe Resources is a Canadian mining company with its head office in Reno, Nevada. It operates in southeastern Guatemala where my people and I — the Xinka — live, together with non-Indigenous communities.

Our principal economic activities are agriculturally-based, including coffee farming. Since Tahoe bought the Escobal silver project in 2010, it has tried to undermine our Indigenous identity and numerous local referenda on mining. The company also pressured the Guatemalan state to militarize the area in order to impose the mine.

Tahoe’s presence has provoked violence in the region, including an attack by private security guards against peaceful protesters, which landed the company in British Columbia courts where a case is proceeding for negligence and battery.

Investors and shareholders, as well as Canadian and U.S. officials who the company has lobbied, should not be misled by statements that call us “anti-development” or “outsiders.” These misrepresent and obscure the broad opposition to the company’s operations as tens of thousands of people have democratically expressed opposition to mining activities in numerous local votes organized by municipal and village authorities, as well as during peaceful protests outside the U.S. and Canadian embassies and in front of the company’s office in Guatemala. Indigenous and non-Indigenous communities in the area of influence of Tahoe’s project are convinced that mining is not an appropriate activity for our territory — and that this should be our decision to make.

It is for this reason that, since June 7, 2017, citizens of six municipalities surrounding the Escobal mine have maintained a peaceful protest on private property along the main access road, preventing only mine-related traffic from passing. Tahoe calls us “outsiders” because we do not all come from the same town. This distorts the fact that discontent with Tahoe’s operations is region-wide and more organized than the company likes to let on.

One month after the protest began, in July 2017, the Guatemalan Supreme Court ordered the suspension of operations at Tahoe’s mine in response to a suit filed against the Ministry of Energy and Mines for not having obtained the prior consent of the Xinka Indigenous population. It also found that we, the Xinka people, were discriminated against when the company and the government negated our existence and treated us as through we were invisible.

Only now, after losing millions of dollars, has Tahoe indicated that it will develop an Indigenous Peoples’ Policy. But, even if this policy were in line with international law and fully binding, it is too little, too late.

This lawsuit confirms what we have been saying since 2010 — Tahoe does not have social license to operate in the region. Neither the government nor the company consulted with us, much less received our consent. To the contrary, since the beginning of the project Tahoe has tried to deny our right to decide and express ourselves by bringing legal challenges against local referenda on mining.

Meanwhile, people working to organize the votes were slapped with unsubstantiated criminal charges. The sustained, regional opposition, as evidenced by the 24/7 protest camp in Casillas and in front of the Constitutional Court, are clear: Indigenous Xinka and campesino communities in Santa Rosa, Jalapa and Jutiapa do not want any mining projects in the region. We are not outsiders: we were here before Tahoe arrived, and we will be here after it leaves.

Additionally, the company’s assertion that we are anti-development and that the Escobal mine is bolstering the local economy is grossly misleading. Since 2015 five mayors in the area have refused to accept the handouts that Tahoe calls royalties. Their refusal to accept payments that could be several hundred thousand dollars demonstrates that neither local governments nor local citizens are in favour of the mine.

This does not make us anti-development. It shows that this isn’t about money. It is about protecting ourselves from projects that ransack our natural resources and threaten our sustainable economic activities and the health of our communities. 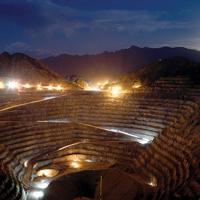 Former UN Special Rapporteur for the Rights of Indigenous Peoples, James Anaya, and former commissioner and president of the Inter-American Commission on Human Rights, James Cavallaro, expressed support for our claims in a recent brief presented to the Guatemalan Constitutional Court. The experts emphasized that the company cannot use the Guatemalan government’s failure to respect Indigenous peoples’ rights as an excuse not to fulfill international standards, including obtaining community consent prior to beginning mining activities.

As we await a final decision from the Constitutional Court about whether the suspension will continue, we are concerned that the company is using its political influence with the U.S. government to manipulate our justice system. Recently, company CEO Ron Clayton made the troubling assertion that their relationship with U.S. officials has grown and “has made a big difference” in securing court decisions favourable to the company. We know Tahoe has been lobbying in Canada too.

Aware of the widespread opposition to the Escobal project well before it went into operation, Tahoe Resources still pushed the mine forward, giving rise to significant conflict. Given that the company continues to misrepresent our concerns and express so much disdain for us, we are worried that if the Guatemalan court lifts the suspension, we will face further repression and violence.

For this reason, it is vitally important that people know the truth about what is going on and join us in urging Tahoe to finally respect our rights and our dignity, and to leave us in peace.