Mining companies are unique in that they have always had to go where resources are physically located. These areas are often remote, environmentally delicate and inhabited by Indigenous people who will not share equally in the economic benefits of development. 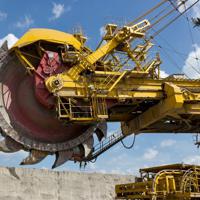 Canadian mining companies' international assets have increased in the past 10 years from a value of $30 billion to $210 billion. In light of these investments, some argue that the environment and communities from where these minerals are extracted have sometimes faced negative impacts. For instance, Hudbay Minerals Inc. is expected to go to trial in Ontario for alleged human rights abuses in Guatemala where it and a former subsidiary operated a nickel mine. The company has denied the allegations and they have not been proved in court.

In early March, the Canadian government appointed a new federal Corporate Social Responsibility (CSR) counsellor for the mining sector after paying $180,000 to run the vacant office for more than a year.

It is unlikely the appointment of Jeffrey Davidson, an academic at Queen's University, reflects a shift in the government's approach to regulating the overseas activity of the extractive sector. Simply put, nothing will change.

This is Ottawa's second run at establishing a watchdog role over Canadian mining companies. In 2009, the federal government first unveiled its CSR strategy, which established the Office of the Extractive Sector CSR counsellor to investigate disputes raised by foreign communities that allege wrongdoing by Canadian mining companies abroad. The office is not vested with any civil or criminal powers of enforcement. The CSR counsellor cannot impose a remedy or issue any sanctions.

Canada's original CSR strategy was released in part as a reaction to the near passage of a 2009 private member's Bill C-300, brought by Liberal MP John McKay. The proposed law would have required Canadian mining companies that rely on federal support to comply with certain international human rights and environmental standards.

The World Bank and United States apply similar requirements. A similar bill sponsored by Peter Julian, an NDP MP from British Columbia, is still before Parliament. It is not expected to become law.

In late 2014, the Government of Canada built on the CSR strategy with an initiative called "economic diplomacy," which includes advocacy efforts in foreign markets and participation in government trade missions. Under the initiative, the government encouraged multinational corporations to align with industry best practices. The government is now committed to withdrawing financial support to corporations that fail to participate in the CSR counsellor's dispute resolution process. In addition, the government has re-focused the role of the CSR counsellor to resolve disputes in the early stages and avoid the appearance of providing long-term mediation for the parties.

On a positive note, for those seeking further accountability of corporate conduct abroad, the inclusion of economic diplomacy is a promising tool to enhance the human rights and environmental record of Canadian companies operating abroad and aligns with the original intent of the failed Bill C-300.

As a critique, the 2014 update to Canada's CSR strategy reduces the authority of the CSR counsellor. Some commentators and organizations advocated for the counsellor's role to be expanded into an ombudsman service with the power to order remedies and advocate on behalf of foreign communities impacted by Canadian mining operations.

The new CSR counsellor, Davidson of Queen's, has exceptional work experience across public and private sectors, and has been involved with mining and mineral resource development for the past 35 years. As competent as Davidson may be, the government has not given him the tools necessary to be an effective regulator of the extractive sector. The proper role of the CSR counsellor deserves further study by government and industry.