Canada’s tax system is riddled with loopholes. Year after year, we hear tax experts and politicians talk about it but, aside from some tweaking and a whole lot of rhetoric, they do little to fix it.

In the meantime, the rich get richer.

Preferential Treatment, a new report from the Canadian Centre for Policy Alternatives, calculates that Canada’s one per cent are the major beneficiaries of the tax system’s costliest tax loopholes. The report also finds that the richest 10 per cent average an annual discount of $20,000 from these tax loopholes.

Last year, the prime minister made headlines by introducing a tax bracket for the wealthiest among us. But there’s a cautionary lesson here: If loopholes aren’t plugged, it doesn’t matter where a tax bracket is set. You can always find people willing to find cracks in the system, if you’re able to pay enough.

Sadly, tax avoidance in Canada is a lucrative industry, both for the wealthy and the lawyers and accountants who help them navigate an arcane and outdated tax code. Many rich families aren’t paying anything close to the top marginal tax rate on their income. The rest of us can’t afford to buy the high-priced services of those tax experts.

Tax fairness amounts to much more than a campaign speech or a tag line. It requires political will, a commitment to good financial stewardship and — dare we say it — an ability to do the math.

Every year, the richest 10 per cent get tax breaks of almost $58 billion. Those breaks have an impact on our capacity to deliver the services that make Canada a great place to live: health care, child care and education.

Plugging loopholes could pay for those things. Yet year after year, politicians say we can’t afford them — all the while ignoring the growing gap between the very wealthy and the rest of us.

That gap also extends to Canadian multinationals versus small and medium-sized businesses. Canada’s corporate tax rate is considered globally competitive. Yet that doesn’t seem to satisfy a growing number of corporations who spend staggering amounts of money hiring tax professionals to push the boundaries.

A recent U.S Congressional Budget Office study found that Canadian corporations, on average, paid an effective tax rate of 8.5 per cent — a lot lower than the statutory combined federal and provincial corporate tax rate of 26 per cent.

And if that isn’t bad enough, our bilateral tax treaties have encouraged well-known Canadian multinationals to set up subsidiaries in tax havens. The current language in many of those treaties makes it possible to shift corporate money to an offshore subsidiary where tax rates are low or non-existent. Eventually, that untaxed money finds its way home again — and never encounters the tax collector. 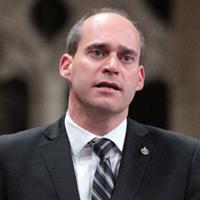 Is This Why Liberals Killed Promise to Close Tax Loophole for Rich?

Meanwhile, the finance minister drags his feet on tax reform. That’s a big mistake, if a recent survey conducted by his department is any indication. The concept of tax fairness got the highest marks from Canadians who were being gauged for their reactions while watching his March budget speech.

It wasn’t our innovation record that had these Canadians worried. Not Canada 150. Not even the environment. These people were telling Finance Minister Bill Morneau what history has told governments over and over: Fair taxation matters. Politicians who fail to understand this principle do so at their own political peril.

How long before regular taxpayers conclude that the promise of a fair system was an empty one?

According to the CCPA, tax loopholes (also referred to as tax expenditures) cost the government over $200 billion a year. Not all of those tax expenditures are unfair or ineffective. Some are worth keeping.

But there’s got to be a plan — not just an unruly Income Tax Act that gets thicker every time a finance minister gets the urge to cut another tax.

It’s time for Mr. Morneau to deliver a comprehensive and comprehensible tax strategy that will work in 2017 and beyond because, currently, tax breaks for the richest 10 per cent amount to almost $58 billion.

That includes the nearly $1 billion a year lost to the stock option loophole that Liberals promised — and failed — to ditch after pressure from CEOs and their lobbyists. Corporate tax loopholes cost another $23 billion.

That’s $80 billion not working the way it is supposed to. That’s over $80 billion the government is giving to the very richest, making them richer.

Imagine how much more robust our communities and democracy would be if we spent that money wisely.

Imagine how much more competitive we could be if emerging Canadian companies were on the same playing field as those that currently use tax haven subsidiaries to avoid paying their fair share.

Money talks. Many Canadians might not appreciate the message they’re getting from this preferential tax treatment.