Do a Google search on pay for British Columbia MLAs, and you’ll read about the $102,878 salary.

But don’t believe it. By the time MLAs claim extra pay for taking on responsibilities large and small, the real average pay is about 20 per cent higher at $123,300.

Government MLAs do even better. Only four Liberals — the party has 48 seats — didn’t get extra pay. The average salary for Liberals was about $133,100. (Ralph Sultan, Moira Stilwell, Marc Dalton and Doug Bing were the four Liberals who didn’t get some sort of extra pay from taxpayers.)*

And they show that more than two-thirds of MLAs got extra pay last year, for work that often seems like it should be part of the job description.

Cabinet ministers, for example, get an extra $51,213. There are 21 of them, so almost half the Liberal caucus gets one of the really good jobs.

Legislative committee chairs get $15,385 and deputy chairs $10,257, which can be a tidy sum for not much work. The children and families committee met nine times in the last fiscal year, with two meetings lasting less than 10 minutes. The chair, Liberal MLA Jane Thornthwaite, and vice-chair, NDP MLA Doug Donaldson, were well compensated for preparing for and attending seven proper meetings that lasted an average 3.5 hours.

Speaker and assistants, whips and deputy whips, caucus chairs and deputies — a lot of MLAs are getting pay top-ups.

I don’t know whether the extra pay is justified. Most employers expect people to take on assignments like chairing a committee as part of their job.

But a couple of things are clear.

While MLAs aren’t in the one per cent, their pay tops the incomes of 90 per cent of British Columbians. Cabinet ministers are in the top five per cent.

And no matter what you think of the pay scale, that’s a big factor in the way they tend to view the world.

I spent most of the past four years in Central America, more than two in Honduras. That country had massive problems — the highest murder rate in the world, substandard schools, corrupt institutions, massive inequality, out-of-control narcos and urban gangs.

The people who could fix the problems — those with money and power — had little interest. They lived in gated communities, with their security guards. Their children went to private schools, they could access private health care, and corruption can be convenient if you can afford to pay for what you want.

They might read about the problems of their neighbours, but they didn’t live them. 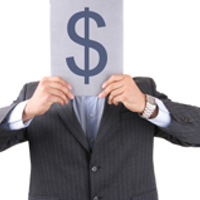 Second, MLAs have done better than most British Columbians over the last decade.

The big increase in MLA pay and perks — including a pension plan that sees taxpayers contribute $4 for every $1 MLAs pay into the plan — came in 2007. Politicians defended the giant increases by noting they had been recommended by an independent panel.

But the three panel members were selected by then-premier Gordon Campbell, and stacked in favour of higher pay. There was a senior lawyer who specialized in helping employers with labour issues, a former B.C. Supreme Court justice back in private practice and a University of British Columbia business professor. Their average income — even nine years ago — would have been more than $200,000. To them, the $76,100 pay at the time would have seemed desperately low. Just as it would have seemed like a life of luxury to someone surviving on a minimum-wage job that paid one-fifth that amount.

Contrast that panel with the approach to setting politician’s pay that Washington state has used for 25 years. A 17-person commission sets the pay. Ten are citizens randomly selected from the voter registry. Seven are appointed by the politicians, including representatives from universities, business, the law and unions.

It’s not a huge amount of money in the grand scheme of things — about $11.6 million in salaries and living expenses (up 44 per cent from nine years ago, in part because there are more MLAS).

And I don’t know what MLA pay should be. Some take big pay cuts to enter politics; others get big raises. Some work phenomenally hard, some don’t.

But we should be wondering whether MLAs paid more than $120,000 a year can understand the issues that matter to the 90 per cent of their constituents who are earning less — often much, much less.