The centrepiece of Canada's 2012 digital copyright reforms was the legal implementation of the "notice-and-notice" system that seeks to balance the interests of copyright holders, the privacy rights of internet users, and the legal obligations of internet service providers (ISPs). The law makes it easy for copyright owners to send infringement notices to ISPs, who are legally required to forward the notifications to their subscribers. The personal information of subscribers is not disclosed to the copyright owner. 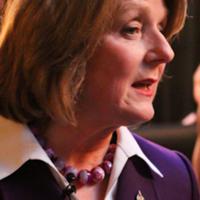 Despite the promise of the notice-and-notice system, it has been misused virtually from the moment it took effect with copyright owners exploiting a loophole in the law by sending settlement demands within the notices.

The government has tried to warn recipients that they need not settle -- the Office of Consumer Affairs advises that there are no obligations on a subscriber that receives a notice and that getting a notice does not necessarily mean you will be sued -- yet many subscribers panic when they receive notifications and promptly pay hundreds or thousands of dollars.

While the government has been slow to implement an easy fix for the problem in the form of regulations prohibiting the inclusion of settlement demands within the notices, another issue looms on the legal horizon that could eviscerate the privacy protections associated with the system.

Earlier this year, Voltage Pictures, which previously engaged in a lengthy court battle to require Canadian ISPs to disclose the names of alleged file sharers, adopted a new legal strategy. While the company obtained an order to disclose names in the earlier case, it came with conditions and costs. Its latest approach involves filing a reverse class action lawsuit against an unknown number of alleged uploaders of five of its movies.

The Voltage filing seeks certification of the class, a declaration that each member of the class has infringed its copyright, an injunction stopping further infringement, damages, and costs of the legal proceedings. Voltage names as its representative respondent an unknown uploader -- John Doe -- who is linked to a Rogers IP address. It states that it does not know the names or identities of any members of its proposed class, but seeks to group anyone in Canada who infringed its copyright.

Class action experts were puzzled by the lawsuit, questioning whether a reverse class action (which features a single plaintiff and multiple defendants) could be used to target copyright infringement. Class actions typically involve multiple plaintiffs (often consumers) and one defendant.

The full implications of the strategy began to emerge in recent weeks as Voltage asked the court to order Rogers to disclose the identity of its John Doe. Rogers is contesting the request, with a spokesperson stating that "we protect our customers' privacy and we will not share their personal information without their permission, or a court order. We require those safeguards to deter improper or over-reaching requests for disclosure." (Note that I am adviser to the Canadian Internet Policy and Public Interest Clinic, which is intervening in the case.)

That is important because Voltage is using the notice-and-notice system to argue that it is entitled to subscriber information. It argues in court documents that the system is designed to allow copyright holders to "inexpensively identify and locate the infringers of copyright." Yet the reality is that the government did not intend for the rules to make it easy to disclose the identity of alleged infringers with the ISPs prohibited from simply handing over such information.

Canadian courts have established rules that may compel ISPs to hand over subscriber information, but there are strict limitations in how the information can be used and restrictions on public disclosure. Voltage envisions using the personal information of a single random person as the lead name in a high-profile class action lawsuit, a much more intrusive use of the information with far-reaching implications for the affected individual. If Voltage succeeds, one of the last remaining benefits of an already imperfect system will be lost and with it, further erosion of internet privacy in Canada.