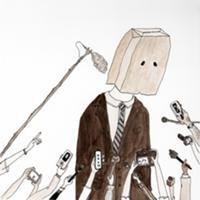 The Deck that Collapsed a Premier

It was 20 years ago last Saturday that BC New Democrat Premier Glen Clark scored an amazing come from behind upset victory over then-BC Liberal leader Gordon Campbell -- but the lessons of that 1996 campaign are remarkably valid for the 2017 election.

Clark had taken over from NDP Premier Mike Harcourt in February 1996, with Campbell up to 30 per cent ahead in the polls -- and cruising towards an easy win.

But the scrappy, determined Clark wasn't conceding anything and launched an aggressive, comprehensive attack on Campbell and his policies that left the BC Liberals stunned when the votes were counted and they lost.

And bitter, as they got more votes than the NDP but won just 33 seats to Clark's 39, with the Reform Party taking two and the Progressive Democratic Alliance one.

There are several lessons from that historic campaign to be learned for the current opposition BC NDP under leader John Horgan with under a year until 2017's election.

And as Clark's communications director in 1996, I see some distinct similarities.

Clark ran under the banner of "On Your Side" -- a populist appeal backed up by action. He froze taxes, post-secondary tuition, BC Hydro and ICBC rates while increasing the minimum wage.

At the same time, Clark asked: "Whose side is Gordon Campbell on?"

The answer was spelled out in tough NDP TV attack ads created by NOW Communications, with a sinister Campbell in grainy black and white photos and ominous "voice of doom" narration.

Campbell allowed himself to be tattooed as an uncaring big business apologist who would slash public services with abandon, privatize crown corporations and govern as a city slicker who didn't get rural voters, having even promised to reduce representation in the Legislature.

The BC NDP must now negatively define Premier Christy Clark -- and she has lately been giving them plenty of assistance, with policies that hurt the disabled while she helps herself to an extra $50,000 a year from her party.

Second, it doesn't matter how narrowly you win seats.

The first past the post electoral system is not a province-wide election where voters directly chose the premier; it is 85 separate mini-elections for local representation and the party that takes a majority of those ridings forms government.

Winning big majorities in some ridings means no more than winning by tiny margins in others because each has just one MLA. It's the number of MLAs each party wins that counts.

So winning by just hundreds or even dozens of votes in a few ridings is essential to provincial election victories.

As Norman Ruff pointed out in a 1996 BC Studies article, had the NDP lost less than 1,000 votes to the BC Liberals, the Clark government would have been defeated. Was that close or what, indeed!

And as Ruff added, the BC Liberals: "learned on 28 May, the electoral system often gives an edge to regional concentrations."

That means in 2017 the NDP must again pursue an extremely strategic campaign where it focuses resources on winning close riding votes where they have regional strength and ensuring their platform appeals to local voters.

We have repeatedly seen that in both the last federal election and the 2013 BC contest where a front running NDP faded in the final stretch.

The 1996 BC NDP campaign ran flawlessly, with a mix of both positive platform announcements and negative hits on Campbell and BC Liberal promises, turning their possible win into a nightmare scenario for enough voters to win.

By contrast, the BC Liberal campaign was both nasty and ineffective. Their attacks on Clark as "Glenocchio" -- with a wooden nose growing over claimed broken promises was an American-style attack ad that jarred but didn't convince, turning off many voters.

Then Campbell was sidelined with a campaign scandal in the crucial final week when the Social Credit Party alleged it was offered a deal by the BC Liberals where the Socreds would pull all but one candidate and support Campbell in exchange for their leader not being opposed by a BC Liberal in his riding.

The strange deal gained credence when it was admitted two senior BC Liberals, including Campbell's campaign manager, had met the Socreds.

And though the deal was denied, Campbell fired no one and the controversy pulled the BC Liberals way off message and onto the defensive at the critical end game where voters decide -- with politically disastrous results.

Overall, the BC Liberals had many advantages they squandered -- a new leader without the baggage of time in provincial office; an opponent that had made many controversial decisions and dealt with several scandals in government; and a well-funded campaign that could have devastated the BC NDP but didn't.

As Norman Ruff noted: "The 1996 election campaign was unusual in that it made the opposition platform, rather than government performance, the main target for debate."

If the BC NDP are to win the 2017 election they have to take the 1996 lessons to heart and make sure as opposition they focus -- and don't choke like Campbell did back then.