"There are two things that are important in politics. The first is money and I can't remember what the second one is." -- U.S. Republican Senator Mark Hanna, 1896 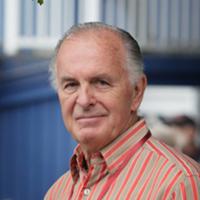 Secret dinners where corporate executives and lobbyists can pay $10,000 each for a private meal with Premier Christy Clark are simply wrong.

But that's happening -- and BC Liberal fundraising chair Bob Rennie is planning at least 20 similar events before the May 2017 election, according to a Globe and Mail report.

The clear perception is that big money buys access to the province's most powerful politician that is unavailable to British Columbians who don't have $10,000 -- about 20 per cent of the average annual wage.

That's why pay-for-play politics in British Columbia must stop with an immediate ban on corporate and union donations.

It doesn't matter if Clark or cabinet ministers say the big donations and special dinners don't affect their decisions. The perception that people with money can buy political influence is impossible to erase without meaningful legislative changes.

The fundraising tactic has cast a shadow over B.C. politics for years.

On a single March day in 2010, the BC Liberal Party received more than $300,000 from liquor businesses, 24 Hours Vancouver reported.

Liquor business representatives were invited to discuss their concerns over lunch at a Vancouver steak house with Rich Coleman, then the minister responsible, and then-premier Gordon Campbell. The price of admission was a $15,000 donation to the Liberals.

The industry umbrella group, the Alliance of Beverage Licensees of BC, contributed $25,000 on the same day. Its executive director at the time was Kim Haakstad, who later became Premier Christy Clark's deputy chief of staff, before resigning over the ethnic outreach memo scandal.

A few weeks later, the provincial government made major changes to the Liquor Control and Licensing Act that benefited the business owners.

There is no evidence the liquor industry bought special treatment -- but the perception is that money brings access.

Fortunately, it's not hard to fix the system.

Federal political parties can still run their operations and vigorous campaigns, as we saw in the October 2015 election. But there are no huge gifts given in backrooms by special interests.

Clark is still in desperate denial, talking about introducing "real time disclosure" of donations on a quarterly basis -- a change that will do nothing to end the secret suppers.

When the Liberals can take in $2 million more from corporations than the NDP raises from all sources, they're not likely to be interested in reforming political financing laws.

Fellow Liberal Premier Kathleen Wynne of Ontario is also under fire for the same fundraising practices.

Wynne admits the Ontario Liberal Party sets annual fundraising targets for cabinet ministers of up to $500,000. She is now considering bans on corporate and union donations, as well as third party advertising.

Another threat to democracy

In B.C., third party ad campaigns before the election campaign period are unregulated, with no limit on spending or disclosure of funders.

Those campaigns can be highly partisan and vicious. In 2013, The Tyee and 24 Hours Vancouver broke the news that former corporate CEO and Christy Clark advisor Jim Shepard raised more than $1 million to launch a "blanket coverage... full multimedia campaign" against then-NDP leader Adrian Dix. The attack was sponsored by "Concerned Citizens for B.C." Donors were never identified.

That campaign against Dix, Vancouver Sun columnist Vaughn Palmer noted, contained "a remarkable amount of venom." The campaign was prepared by Wazuku Advisory Group, a government relations firm whose partners include lobbyist Brad Zubyk, a former NDP government communications staffer who worked on Clark's leadership campaign and for the federal Liberal party.

While the NDP went into the 2013 election campaign with a sizeable lead despite Shepard's attacks, there is little question that the $1-million ad campaign had some effect.

Some critics charge that the New Democrats are being "hypocritical" in condemning Clark's fundraising tactics while charging significant amounts for meetings with NDP leader John Horgan.

But what political party would unilaterally disarm itself? Why would any party all but guarantee its own defeat at the hands of an opponent with far more money to spend on advertising, polling, staff, phone banks, signs and everything else that wins elections?

The opposition New Democrats have proposed such actions several times, and introduced a private members bill to limit donations Wednesday. The NDP has also asked Conflict of Interest Commissioner Paul Fraser to investigate whether Clark's dinners violate the Conflict of Interest Act.

And Democracy Watch, a national public advocacy group, is calling on provincial conflict commissioners to crack down on the practice of providing access in return for donations, arguing they violate conflict laws.

But Clark and the BC Liberals are unwilling to act, given their big funding advantage gained from corporate contributions.

That should be offensive to every voter.

If British Columbians want an end to corporate and union donations, they have to make it clear that politicians who refuse to make changes will pay -- in the 2017 election.