"There's a whole community of women who feel violated by the publicity around this trial who have had their own experiences of sexual assault." -- Amanda Dale, director of the Barbra Schlifer Commemorative Clinic for women survivors of violence 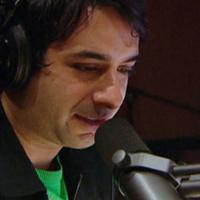 Ghomeshi, Trolls, and One Hopeful Thing

The trial of former CBC Radio host Jian Ghomeshi has been shocking -- not only for the allegations of sexual violence, but because two women testifying against him subsequently had flirtatious, friendly contact with Ghomeshi afterwards.

Why would any woman who was allegedly slapped in the face, punched, rammed against a wall or choked have anything more to do with any man who assaulted her?

Sadly and stunningly, the evidence in a Toronto courtroom, from actress Lucy DeCoutere and another witness who cannot be named due to a publication ban, is not unusual.

Those who work with victims of violence know all too well that women who have been assaulted have complex and challenging emotions that can lead to them continuing a relationship with their abuser.

As DeCoutere testified in court last week after being confronted by the defence team with friendly and even sexually suggestive emails she sent Ghomeshi: "That still doesn't change the fact that Mr. Ghomeshi assaulted me. Women can be assaulted by someone and still have positive feelings for them afterwards, that's why there are emotionally abusive relationships that continue."

That contradiction is something I learned over several years as a volunteer fundraiser with a Toronto shelter for battered women, where I talked to many counsellors and also victims who escaped abusive situations.

Unfortunately, it can take a long time and multiple attempts for some women to leave a violent relationship.

In many cases there are significant financial, family history, emotional, health and shelter issues that deter women from ending it.

"People wind up blaming themselves for the abusive behaviour of their partners. They convince themselves if they approach the person differently, maybe they won't be abused," says Craig Malkin, a Harvard Medical School clinical psychologist.

Research also shows abusers are attracted to those who have self-esteem issues or were victims of abuse as children, or were raised by parents who were in abusive relationships.

"They don't have a model for anything different. They accept it as the price of intimacy," says Malkin.

It's a strong reminder that the challenges of a victim can be complex.

Now, in the Ghomeshi case, we also see how difficult it can be for someone to bring allegations of abuse to court, especially under such fierce cross-examination.

That's why all owe a debt of gratitude to Lucy DeCoutere for having the courage to step forward with her allegations, be identified and defend herself in public.

Actress Ellen Page put it well on Twitter Saturday: "My friend Lucy DeCoutere is one of the most incredible people I know -- deeply kind, generous and brave."

DeCoutere's lawyer, Gillian Hnatiw, was compelled to remind the media and public about the important point behind many such cases.

"Violence against women is not about the behaviour of the women. It is not about how they cope with an assault or the details they commit to memory in the aftermath," Hnatiw said outside court. "This is, and remains, a trial about Mr. Ghomeshi's conduct. What Lucy did and how she felt in the aftermath of the assault does not change that essential fact."

We have to hope that the Ghomeshi case -- which continues with a third woman witness this week -- will not negatively impact the willingness of other women to use the courts to hear their stories because they fear devastating courtroom cross-examination by the defence.

In 2014, Statistics Canada found that 9,053 women in B.C. reported intimate partner violence to police and across the country there were 69,848 cases.

But University of British Columbia law professor Janine Benedet says sexual assaults are only reported to police about 15 per cent of the time, meaning the actual numbers of women attacked are far worse.

With the right support, survivors of sexual assault can "do just fine" holding their abusers accountable in the justice system, Benedet says.

"The threshold is guilt beyond a reasonable doubt, and the only way to establish that doubt, in the minds (of defence lawyers), is to attack the credibility of the witness," Dale says.

Canada needs a better way for women who have been assaulted to bring their attackers to justice -- without being re-victimized in court.