A landmark decision in a case brought by homeless people challenging municipal bylaws that left them nowhere to go, suggests a new avenue to advance the right to housing in Canada. 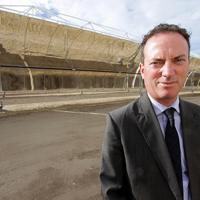 In Medicine Hat, Homelessness Is (Almost) Over

On Oct. 21, Chief Justice Christopher Hinkson of the Supreme Court of British Columbia held that municipal bylaws in Abbotsford, B.C. that prohibited the homeless from being in parks overnight, or from setting up shelter in any public place, were unconstitutional.

The decision recognized that continual displacement of homeless people causes serious psychological pain and stress, and threatens their health -- in breach of their rights to liberty and security of the person enshrined in the Canadian Charter of Rights and Freedoms.

The court went on to find that a more balanced approach for governments is one that ensures that space exists where the homeless can sleep, rest, shelter, stay warm, eat, wash, and attend to personal hygiene.

The roots of the case go back many years, but in 2013 the plight of Abbotsford's homeless began to attract wider public attention, when reports came to light of city police slashing tents and staff spreading chicken manure in order to displace a longstanding homeless camp.

These actions led to a two-month occupation camp by homeless people in a local Abbotsford park -- evicted by court order and police only days before Christmas 2013.

October's Supreme Court decision vindicated the campers, and delivered a stern rebuke to the officials for destroying their property and forcibly evicting them.

The decision came after a six-week summer trial that heard from nearly a dozen homeless Abbotsford residents. They testified to lives marked by foster care, trauma, addictions and abuse; what it's like to be forced to move from even meagre shelter, in the freezing rain, when you have nowhere else to go; and about the importance of community in keeping each other alive and safe.

Relying heavily on their testimony, the court found that the "continual displacement of the City's homeless causes them impaired sleep and serious psychological pain and stress and creates a risk to their health."

Its decision effectively prohibits Abbotsford from continuing to render homeless citizens invisible. Those citizens now have the certainty of knowing that they can legally set up a survival shelter between seven in the evening and nine the next morning. They can also look to their government to ensure that space exists, 24 hours a day, where they can access the basic necessities of life such as shelter, warmth, water, and bathrooms.

While this lawsuit was brought against the City of Abbotsford specifically, the B.C. court's decision has implications for municipalities across the country. Anywhere that anyone finds themselves homeless and needing to survive on the streets tonight, laws that criminalize them for sleeping and sheltering will not meet Constitutional muster.

The case may never have been necessary were it not for the conspicuous absence of a national housing strategy and financial support from the federal and provincial governments to help cities manage this country's housing crisis. As a result of intransigence in senior government, municipalities have been left to implement their own strategies. In the case of Abbotsford, the result was a human rights disaster.

While the Abbotsford decision doesn't guarantee a Canadian right to housing in so many words, it is a new high-water mark in advancing the shelter rights of people who are most marginalized by our faltering housing system.

The court's decision not only guarantees the right to take measures to keep oneself alive and safe on the streets. At a much larger scale, the court has set a new minimum constitutional standard of rights for the homeless, whether in Abbotsford, Toronto, or Halifax.

Cities across the country now have an obligation to govern in accordance with the Constitution. They should now be looking to amend anti-homeless bylaws and must end law enforcement tactics that marginalize people for trying to survive.

In a system that remains cautious of the division of competence between the courts and legislatures, this is a progressive step forward. It delineates rights protected by our Constitution, and leaves open to duly elected governments how best to provide for those rights in practice.

We have a long, but now clearer, road ahead to ensure that all levels of government meet their duty in guaranteeing space in our society for everyone, and that we all have access to the fundamental necessities of life.

While steadfastly declining to take on the question of housing rights head-on, the courts are stepping in where legislatures have failed for decades, to protect the rights of homeless people to save their own lives.