''Wanna see a dead body?'' A boy asked the rest of my class at lunchtime. ''Sure,'' said some of my classmates, and he answered, ''Then follow me.'' 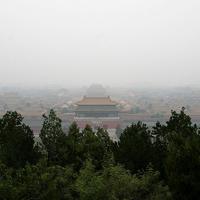 With curiosity and a morbid excitement, in a group we Grade 4 students walked 15 minutes into the farmland before we arrived at a dry well. ''Here it is.'' The boy pointed into the well.

It was a shallow abandoned well, about one metre deep. On the bottom, among little rocks and soil blocks, lay a small body -- an infant girl half wrapped in a bloodstained, worn-out blanket.

It was 1989, in the small impoverished village in Central China's Henan province where I grew up, 10 years after China introduced its one-child policy.

It was the first time I saw a dead body, and I stepped back on shaky legs. But I couldn't stop looking at the peaceful, blank expression of the infant who was left to die in the elements. She was a girl, like me.

The capacity for evil rattled me, and I had a strange feeling I had lucked out.

I was thankful to god, or whoever ran the massive world, that I somehow avoided being at the bottom of that well, thrown in like trash, unloved and unwanted.

Living in a traditional hamlet, I had heard stories of people discarding their newborn baby because it was a girl. But to see it with my own eyes brought the terror into my heart. Such acts contributed to the 62 million ''missing'' women and girls in China today, according to a recent study.

We girls all knew Chinese parents didn't desire daughters. In an economy based on agriculture, the muscle of a male child led to better profits. Men were seen as valuable, women were not. It was that simple.

Even if parents wanted to keep their daughter, grandparents would sometimes impose their authority on a young couple and force them to get rid of her.

In recent years, the dry well horror stories seem to have faded away -- not because girls' lives in rural China were more valued, but because of advanced technologies such as ultrasound imaging and selective abortion.

The selective giving up of female infants, or the collective murder of girls, has been prominent in Asian society for centuries. But the frequency seemed to increase after the implementation of China's radical ''family-planning policy.''

The logic is not difficult to understand: If only one child is allowed to live, Chinese parents want a son.

'Too bad they are just girls'

I was born in 1978, right before the one-child policy went into force. Growing up as girls in a poor Chinese village taught my twin sister and me how random and cruel life can be.

My sweetest grandmother would tenderly look at us and say, ''They are so smart and so cute... too bad they are just girls.'' We were brought up by our grandmother on our mother's side because our father's parents refused to accept us.

Our parents didn't like us either because we made their life harder, brought them shame because we were girls, and more importantly, cost them their last chance to have a son.

My parents already had an older daughter, born before the law began. The one-child policy included a detailed stipulation that any Chinese woman who had two or more children by 1979 would be forcibly sterilized by the state.

Therefore, shortly after our birth, our mom was dragged into a hospital by some local ''family-planning service staff'' and a doctor put an intrauterine contraceptive coil into her body. Chinese Health Ministry data shows 222 million sterilizations have been carried out since 1971.

It was a minor and easy surgery, but we don't know why our mom became so removed after the treatment. When the operation was over, our father was instructed to take his wife back home. He put her on a wooden cart and pulled it home along the dirt road.

It was a 40-minute trek, and when they arrived, my mom was completely silent and still.

Believing she was dead, my father started to cry soundlessly, mourning the loss of his wife, or I imagined, the dying out of his own Y chromosome.

We don't know how much time passed, but suddenly she sat up and walked into the house. My dad burst into tears. He was elated but it was also the moment he began to accept their fate: they would never have a son.

That sounds like a touching story, but my sister and I don't feel for it much because as our parents dwelled on their wounded hearts, they also wounded us by reminding us what disappointments we were.

Yet my sister and I still felt grateful because at least our parents didn't throw us away. Yes, we lucked out -- out of the well and out of the country.

This reform won't affect me much because I've already immigrated to Canada and expect my own child in three months. It will be a child I treasure no matter the gender.

But I believe with one more chance to have a child, Chinese parents won't be so determined to throw away their newborn daughters.

Perhaps it will help the lives of Chinese women to become less hard, so that the dreadful scene in the well will never happen again.