After last year's teachers' strike and this year's Bill 11, British Columbian schools continue to stagnate when they urgently need a new sense of purpose and direction. One very Canadian solution would be to call a Royal Commission on education, and be guided by what it recommends. It should also be guided by what happened to our last such commission. 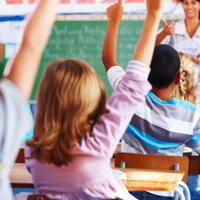 The Last Time We Had an Education Commission

Thirty years ago, everyone in B.C. wanted a commission to sort out the schools. They had good reason. Our school wars had been raging for 20 years by then. The Social Credit "restraint" program in the early 1980s had embittered relations between educators and Premier Bill Bennett, who publicly claimed that the only "real jobs" were created by the private sector. Politically and philosophically, the education system was estranged from the government and the voters who supported it.

Social changes were also beginning to pick up speed: Asian immigration was increasing, Canadians were aging and having fewer children, and computers had shrunk from room-size giants to useful office machines that could fit on a desktop. Women were a growing proportion of post-secondary students in fields like business, engineering, medicine and law. B.C.'s education system was creaking badly under the strain.

Bennett quit, and Bill Vander Zalm became the new Socred premier. He'd been a disaster as education minister, but as premier he launched a royal commission in 1987 to try to sort out the worsening mess.

Vander Zalm appointed a lawyer named Barry Sullivan to head it, and Sullivan seemed like a wise choice -- a smart, informed outsider with no axe to grind.

Sullivan moved remarkably fast. He commissioned new research studies, toured the province to hear from anyone with an opinion on the schools, and got over 2,300 written and oral statements from individuals and groups. Educators could sense a kind of intellectual ferment in public discussions, unlike the sterile political quarrels of the restraint era.

Less than a year and a half after launch, the Sullivan Commission presented its report, "A Legacy for Learners." It was well received and led to an implementation program called "Year 2000" under Education Minister Tony Brummett -- a former teacher, though a longtime foe of the BC Teachers' Federation. I recall Brummett pitching Year 2000 to me with real enthusiasm and excitement, dramatically unlike the philistinism of most Socred education ministers.

Then things went wrong. Sullivan, only 49, died of a brain tumour in 1989. (I have a painful memory of a phone interview with him, when he was incoherent.) Social Credit staggered from crisis to crisis, with Vander Zalm forced to resign in 1991.

Too radical for teachers

The Year 2000 program ran into increasingly heavy criticism from educators -- ironically, for being too radical. B.C. education historian Thomas Fleming later wrote: "In fact, the consultants that government hired to spearhead the reform effort appeared inclined to overthrow traditional bodies of knowledge and instructional processes."

A handful of University of British Columbia professors reportedly persuaded Stan Hagen, Brummett's successor, to undercut much of the program, and NDP premier Mike Harcourt sank the Year 2000 in 1993. With it went five years of intense study, research and effort. B.C. schools reverted to a status quo that pleased no one, presided over for two decades by a string of rapid-turnover education ministers, whether New Democrats or Liberals. The school wars have continued.

In hindsight, Sullivan and Year 2000 were moving toward the system that Finland had begun to develop in the 1970s: later entry into school, ungraded primary, integrated curriculum, and equal concern for all students, not just the fraction headed for university. But by the time Finland shocked the world with its kids' first-place showing in international education exams in 2000, Sullivan and the Socreds' Year 2000 were thoroughly forgotten in B.C.

This is not to say that B.C. could have matched the Finns, then or later. Our teacher recruitment and training are not as rigorous. We're still fixated on a ranking system in which the best students get the best teachers in the best schools to equip them for the best jobs at the highest incomes -- "best" being defined as performance on standardized tests. Too bad for the also-rans.

Most importantly, neither then nor now have we ever had a consensus on the kind of society we want and how our schools could help achieve it. We started our school wars in the 1960s, about the time that the Finns got serious about making their country both socially equal and internationally competitive. While we fought, the Finns patiently built a consensus about the schools their kids would need to survive in the next century.

Notably, Finland did this while struggling through severe recessions in the 1980s and 1990s (and another one now). Instead of making education a political football, consecutive governments all sustained it as their ticket to prosperity. That's what the Finns call sisu, the guts, toughness, and sheer bloody-mindedness to meet any challenge. We have it in individuals, but we lack it as a society.

Nevertheless, we have to educate our kids just as the Finns do, for a future we can only dimly foresee. But we have now gone 25 years -- two complete generations of K-12 students -- since the last commission offered us a chance to talk about what we want students to learn, and how we want them to learn it. We have drifted since the early 1980s, entertaining ourselves with feuds and fads.

Suppose Christy Clark created a new Royal Commission this year, with a mandate to report to the province by early 2017, before the next provincial election. The commission's report could be a key issue in the election; that would save it from being shelved, as the Cohen Commission on the wild salmon was.

Like Barry Sullivan, the new commissioner should be a well-informed outsider -- perhaps a lawyer, judge or public health official. Well funded and well staffed, the commission could follow Sullivan's mandate:

• Report on the present state of the schools, public and private;

• Identify the preparation students would need over the following 20 years;

• Determine the programs and processes needed to deal with current and emerging problems;

• Recommend action to develop those programs and processes.

But it could do so with resources Sullivan never imagined: a website where anyone could post briefs advocating for particular changes, public hearings accessible via streaming video, and access to education resources worldwide.

The state of education, and the world

The commission could offer a unique opportunity for a collaborative effort to improve education, sharing information and expert testimony from across Canada, from the U.S., and around the world -- while other school systems followed our progress and took notes.

That testimony wouldn't be just on education. If Sullivan's Point 3 asks us to foresee what students would need from 2017 to 2037, we could call on a broad spectrum of expert opinion. (Imagine what kind of education systems Elon Musk and Naomi Klein would like to see us establish.)

Obviously such an inquiry would become a report on the state of the province and the state of the world. Its findings would educate us all and, ideally, create a new climate of opportunity in education.

Given her record since 2001, Clark would never create a new Royal Commission on B.C. education; she seems to care for nothing beyond another victory on May 9, 2017. But if the New Democrats or the Greens campaigned on the promise of such a commission, they might find more support than the Liberals' pie-in-the-sky liquefied natural gas plants ever could.