"Once a nation parts with the control of its currency and credit, it matters not who makes the nation's laws.  Usury, once in control, will wreck any nation." -- William Lyon Mackenzie King, prime minister of Canada, 1935 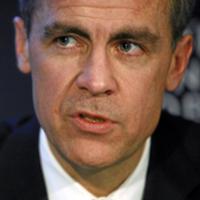 You know the old aphorism -- "If a tree falls in the forest...?" Well, how about this one: If citizens win a significant victory in court against an autocratic government involving the fleecing of Canadians of billions of their hard-earned tax dollars and no one in the media actually covers it, did it really happen?

That might well be the question being asked over at the Committee for Monetary and Economic Reform (COMER) a very small and low-budget Toronto think tank. With their lawyer Rocco Galati (of Supreme Court fame in the Marc Nadon case), they have been steadily winning court battles initiated in 2011 that would oblige the Bank of Canada to return to its pre-1974 practice of lending the government money virtually interest free. But the mainstream media has boycotted the story. Galati believes the Harper government has done some serious arm-twisting to keep the story buried.

The good folks at COMER have for years -- decades, actually -- been trying to get people to pay attention to what is far and away the biggest, most outrageous fraud ever perpetrated on the Canadian people. I am speaking here of the fact that instead of the Canadian government borrowing money from its own bank, our bank -- the Bank of Canada -- it has, since 1974 chosen instead to borrow exclusively from private international and domestic financial institutions providing them with enormous, absolutely risk free profits for almost four decades.

The result, according to economist Ellen Brown: "By 2012, the government had paid C$1 trillion in interest -- twice its national debt. Interest on the debt is now the government's single largest budget expenditure -- larger than health care, senior entitlements or national defense." While some of that interest was paid to holders of Canada Savings Bonds, the vast majority was paid to private lenders. In the early 1990s, at the height of the media's deficit hysteria and rhetorical nonsense about hitting a "debt wall," 91 per cent of the $423 billion debt was due to interest charges. Our real debt -- revenue minus expenditures -- was just $37 billion.

COMER has been trying to draw attention to this outrageous situation for so long, and have been ignored for so long, that their campaign is often portrayed as an eccentric sidebar, complete with conspiracy theories, to what is happening in the real world. But if you think having squandered $1 trillion that could have been spent on the public good is a side issue, feel free. And if you think conspiracy theories are unappealing, then you'll have to come up a compelling argument for a coincidence theory that explains why a nation would deliberately impoverish itself in the interests of international finance capital.

The Bank of Canada was established as a private bank in 1935 under private ownership but in 1938, recognizing that money should be created in the public interest, the government amended the Bank Act and turned the Bank into a public institution. The Bank was almost immediately harnessed to finance not only Canada's war effort (we ranked fourth in production of allied war materiel) but a long list of infrastructure projects including the Trans-Canada highway, the St. Lawrence Seaway, and over the decades, hospitals and universities across the country.

It was mandated to lend not only to the federal government, but to provinces and municipalities as well with a limit of one-third of federal budget and one-quarter of a province's.

It also created a subsidiary, the Industrial Development Bank, helping create the industrial base that recent Liberal and Conservative governments have all but destroyed through trade and investment agreements. The list goes on and on -- and includes social programs like the Old Age Security Act and programs to assist Second World War veterans with vocational training and subsidized farmland. The interest on its loans, of course, simply went back into government coffers.

But after nearly 40 years of this incredibly productive use of publicly created credit, unprecedented economic growth and increasing income equality, international finance got its chance to launch the free market counter-revolution against democratic governance. Stagflation -- simultaneous stagnation, unemployment and inflation -- was one of the first launching pads for Milton Friedman's radical free market ideas: putting the creation of credit into private hands and creating debt burdens which would restrict the potential for democratic governance.

Freidman argued that stagflation was the direct result of irresponsible governments issuing too much money or borrowing recklessly from their central banks and sparking inflation. His radical free market ideology was shared by the Bank for International Settlements (the bank of central bankers) and in 1974 it established a new committee, the Basel Committee, to establish global monetary and financial stability.

Canada -- that is, the Pierre Trudeau Liberals -- joined in the deliberations. The committee's solution was to encourage governments to borrow from private lenders and end the practice of borrowing interest-free from their own central banks. The rationale was thin from the start:  Central bank borrowing was and is no more inflationary than borrowing through the private banks. The only difference was that private banks were given the legal right to fleece Canadians. The effect of the change was to effectively take a powerful economic tool out of the hands of democratic governments.

In 1974, Canada immediately stopped borrowing from the Bank of Canada, launching the country on a deficit accumulation path that in 2012 saw interest payments to private lenders top $1 trillion. Fast forward to the present and the lawsuit, which seeks to "restore the use of the Bank of Canada to its original purpose, by exercising its public statutory duty and responsibility. That purpose includes making interest free loans to the municipal, provincial, and federal governments for 'human capital' expenditures (education health, other social services) and/or infrastructure expenditures."

The COMER suit goes beyond simply demanding that the Bank of Canada return to its former practice and original mandate (which was never repealed). It goes to the heart of the scheming of finance capital in the early 1970s when Western governments were becoming increasingly active socially and interventionist in their economies. COMER "alleges that the Bank of Canada, the Queen, the attorney general, the finance minister, and minister of national revenue are engaging in a conspiracy with the International Monetary Fund (IMF), the Financial Stability Board (FSB), and the Bank for International Settlements (BIS) to undermine Canada's financial and monetary sovereignty."

Given the claim of a conspiracy one might have expected that the courts would agree with the federal government's only defence to date: That the suit is frivolous and there is "no reasonable cause of action." But clearly the facts of the case are so compelling that COMER and Galati keep winning. Not everything, as some of their claims (court costs for example) have been dismissed. But two courts have now refused to throw the case out.  The federal government could have appealed to the Supreme Court of Canada but had to file by the end of March. It didn't.

For Galati, that is a sweet victory because now the government will have to produce substantive arguments.  "They have to actually justify why they haven't been giving interest-free loans to the government," he said.

Galati argues that not only may the Bank of Canada lend interest free to the government, it is obliged to.

Of all the destructive elements of the so-called Washington Consensus (the name given to the free market counter-revolution launched in the mid-1970s) this one can actually be challenged in court. Free trade deals, tax cuts for the wealthy and corporations, privatization, the gutting of social programs, sweeping deregulation -- all these either have been or would be deemed by the courts to be the purview of the legislative branch. But the very first initiative in this 40-year assault on democracy may actually have breached the law. And the courts seem willing, so far, to agree that this possible breach has to be explained and justified.