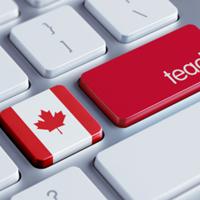 Imagine Canada as an Education Superpower

In May 1976, Canada became a signatory to the UN's International Covenant on Economic, Social and Cultural Rights. Among many other rights, by signing the Covenant, Canada endorsed Article 13, recognizing "the right of everyone to an education." With clause 2(c), we agreed that "higher education shall be made equally accessible to all, on the basis of capacity, by every appropriate means, and in particular by the progressive introduction of free education."

All Canadian governments since Trudeau's have maintained a discreet silence about the Covenant. Similarly, former U.S. president Jimmy Carter signed the Covenant in 1979 but never sent it to the Senate for ratification. No president since has dared to do so either, probably because the Senate would reject the Covenant's obligation to provide universal healthcare as well as free post-secondary.

How badly have you been robbed? In 1976, a year's undergraduate tuition in arts, science and education at the University of British Columbia was $428, equivalent to $1,755 in today's dollars. Even so, the B.C. Socred government of the day imposed cutbacks and forced a 25 per cent increase in tuition for the following year. UBC's undergrad tuition is now $4,890, a 180 per cent increase in today's dollars.

So instead of seeing progressive reductions in tuition and other post-secondary costs, we've seen them relentlessly rise for almost 40 years -- as the result of deliberate government policy.

Arguing from a phony premise

Canadian governments have an implicit premise about advanced education -- it's a private good, a commodity not all can afford. Out of the goodness of their hearts, and political pressure, federal and provincial governments subsidize an ever-shrinking part of the cost of such education. But since graduates' incomes may be much higher as a result of their investment of time and tuition fees, the politicians say students should be happy to borrow if need be.

Students and faculty have largely accepted these arguments, which argue that a modern economy needs lots of highly educated workers making lots of money and paying lots of taxes. They have also accepted the politicians' definition of "education": specialized training of in-demand workers -- business skills, engineering, computers, and so on.

As a result, Canada's advanced education system has turned into an enormous subsidy for employers, sparing them the need to train their own workers. Generations of students (and teachers) have grown up believing that the whole purpose of higher ed is to get a ticket to a better job and a higher lifetime income than their classmates. The idea of education for citizenship is almost literally unthinkable.

Students want to reduce the mortgages they will stagger out of school carrying. Faculty want cheaper tuition to attract more students and thereby create more government-funded teaching jobs. So the push has been just to reduce the costs of that ticket, not to make advanced education a right of citizenship.

We sometimes hear about the countries with little or no tuition for advanced education. Norway? Stinking rich from oil, so they can afford it. Sweden? Socialist welfare-staters. Finland? Hey, with only five million Finns, they need every educated person they can get -- they don't even charge their foreign students, and half of them stay to work. Even in such cases, free advanced education is presented as a hard-headed cost of doing national business, feeding the demands of local employers and sustaining economic growth.

Our feeble response to the UN

Like other countries, Canada must submit reports on how well it's complying with the Covenant. Its last report covered the period from 2005 to 2009, and all it says about B.C. under Article 13 is that we coughed up a few million dollars for a handful of First Nations education programs.

Meanwhile, Ottawa under Stephen Harper's first government offered nothing for universal free education but tax credits, RESPs and loans -- "in support of a more skilled and educated workforce."

This was a feeble reply to a long list of problems in the UN's 2005 response to our earlier report, including "concern about the discriminatory impact of tuition fee increases on low-income persons in many provinces and territories since 1998."

And that impact had been under the Jean Chr&eacutetien and Paul Martin Liberals. Given the Conservatives' contempt for the United Nations (and low-income Canadians), it's no surprise that the UN's 2005 criticism remains largely valid today.

The Covenant remains a living document; in January, South Africa became the 163rd country to sign it. Yet in Canada, and doubtless many other signatory nations, it's a dead letter. Even as we signed it, the postwar golden age was drawing to a close; the age of Thatcher the Iron Lady and Reagan the Teflon President was dawning. They and their successors achieved a triumph of social engineering, turning citizen-proprietors of democratic countries into mere taxpayers, consumers and job-hunters.

Thirty-five years after Morning in America, a deepening twilight has descended on all of us. Today's undergrads were born in the 1990s; their world has always been like this, and they stoically accept it. They are not so much a lost generation as a squandered one, their own hopes and ambitions wasted in their conversion to a "skilled and educated workforce."

It's a measure of how much we've lost that we consider the Nordic countries as mere outliers, oddball welfare states, simply because they have lived up to the terms they agreed to when they signed the Covenant. We not only copped out, we sold out -- sold out our First Nations, our poor, our women, our children, all the Canadians who deserve to benefit from the Covenant.

I doubt that even a court challenge could retrieve what we've lost over 40 years, but consider, if only as a thought experiment, what we might accomplish if we treated advanced education as a human right, a civil right like public education or the franchise.

Free public education was itself a hard-won right, and the vote was once restricted to property owners. Only grudgingly was education extended, from a few years to Grade 8, and then to Grade 12. Similarly, the vote was extended to adult white men, then to women, and eventually to Asians and First Nations.

The framework for exercising those rights is expensive. Our 2011 federal election cost an estimated $291 million, and the next one will likely cost even more. Canadian public schools cost $51.2 billion in 2007-2008.

We may grumble about those expenses, but they are simply the cost of doing business as a 21st century country that likes to call itself "advanced." Skipping a federal election or ending public education at Grade 6, just to save money, would trigger a genuine revolt.

If we accepted advanced education as just another part of our cost of doing business, we'd grumble some more about our taxes. But we'd brag more about our levels of education, the liveliness of our arts, and the surprises of our sciences and technologies.

Our political debates might be just as angry, but they'd be far better informed. Our speech would be freer (it's no coincidence that Reporters Without Borders rates Finland, Norway, Denmark, Netherlands and Sweden as having the freest presses in the world), and we could tackle our problems with ideas from everyone -- not just the usual think tanks and interest groups.

Talmudic scholars to the rescue of industry

Advanced education need not be mandatory, any more than the vote, but those unready for more school at 18 would likely be highly motivated students by age 25. Perhaps they'd seek career-oriented training, or they might prefer art history or Talmudic studies; once they graduated, employers would know that at least they'd spent four or more years learning how to learn.

Britain taught its schoolboys Greek and Latin poetry, then sent them out to run an empire. A Talmudic scholar could pick up the skills to work in a liquefied natural gas plant on the job (or at least on the employer's tab).

We would certainly see more universities, more faculty and more students, but they would be motivated by the fun of genuine learning, not just taking notes until they could get their job ticket punched. If anything, academic standards would rise.

Finland, after all, with a population like B.C.'s, runs 14 universities. Only one in 10 applicants makes it into teacher training. Finland offers almost 200 master's programs and 23 doctoral programs in English, thereby attracting hordes of foreign students attracted by the free tuition.

The Finns, of course, aren't motivated by the fun of it all -- Finland is ranked the most competitive economy in Europe and fourth most competitive in the world. They're playing for keeps. We, meanwhile, rank 15th.

So forget the joy of learning and all that soppy egalitarian stuff. The countries that live up to the Covenant are our competition.

No family starves its kids

Canada has been run by generations of politicians who want to run government "like a business." Unfortunately, they're lousy at business, like most overpaid Canadian CEOs, and Stephen Harper never met a payroll in his life.

Besides, a government is not a business -- it's the way a family decides to run itself. No family starves its kids without running into big trouble with the law.

We subscribed to that law in 1976, and then went right on starving our kids. If Canada were a real family, we'd be in foster care. And Harper and his government would be in jail for failing to provide the necessities of life, including free advanced education for all.