We Canadians seem to have pinned our hopes on getting rich by running a perennial garage sale: We want to dig stuff out of the basement in the hope that someone will want to pay top dollar for our oil and bitumen and natural gas. 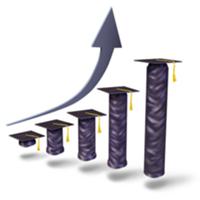 It's a long tradition. Canadian culture has grown around the idea of being paid to get rid of our environment: sea otter furs, gold, codfish, salmon, metals, timber, hydropower.

Forty years ago, B.C.'s first NDP government boomed in lockstep with our copper prices. When prices fell, Dave Barrett was knocked out of power by Bill Bennett, who handed out B.C. Resources Investment Corporation shares based on the money we were going to make selling vast amounts of Tumbler Ridge coal to the Japanese. But both the BCRIC and Tumbler Ridge's mines faltered.

We have been, in effect, professional organ donors. At some point we'll go one lung too far, but it'll be a great life until then.

In the process of building a resource-extraction culture, meanwhile, we attracted people from around the world who wanted to raise their families in this prosperous part of the world.

Somewhat to our own surprise, we turned out to be pretty good at teaching immigrants' children and preparing them for more than hewing wood and drawing water. Despite teachers' incessant protests about underfunding, Canadian students (especially in B.C.) tend to come in at or near the top in international tests.

Back in the 1990s, our school-bashers pointed to Japanese schools as better than ours. But they never sent their own kids to those great schools. Meanwhile, Japanese and other Asian parents have been sending their kids to our schools, and paying high prices for the privilege -- to the point where our underfunded schools now rely on those kids.

Asia and the rest of the world are trying to tell us something: Our timber and liquid natural gas are interesting if we want to give them away, but our teachers are worth almost any price we care to name.

Education is a very low-emissions export. Kids fly in, you fill their heads with words and numbers and ideas, and they fly out again. No ravaged watersheds, no oil spills, no poisoned salmon streams. What's more, if you do your job right you create lifetime customers. They will come back not only as tourists but as purchasers of any other goods and services we may want to offer.

Even the most advanced economies rely on personal connections -- what the Chinese call guanxi, relationships through which you can do real business with people you trust. So we've already created the beginning of a worldwide network of pro-Canada alumni. We need to develop that network and expand it exponentially, if only to compete with American and other networks. The way to build such a network is to make our education system even more attractive to foreigners.

We wouldn't be pioneers. Finland (with about the same population as B.C.) has simultaneously enjoyed a world reputation as an education superpower while its current high-tech economy has run into trouble. The Finns can't go back to selling raw logs and paper. So they're aggressively exporting their education.

What's maddening about their success is that we send our educators to Helsinki to learn the Finns' secrets, only to find the Finns acquired those secrets in Alberta and B.C. They take our teaching expertise more seriously than we ourselves do.

A long-term investment with a big payoff

The Finns also see education as a long-term investment, a cost of doing business as an advanced economy. Education is free from daycare to graduate school -- not only for Finns, but anyone else who wants an education there. Since many post-secondary programs are in English, this brings in hordes of bright young foreign students. About half of them go home as friends of Finland; the other half stay, settle down, and help build their new country.

Consider another small country that offers free advanced education: Cuba. Since 1999, the Cubans have run the Latin American School of Medicine, perhaps the biggest medical school in the world. It offers free medical training to some 19,500 international students, meeting the standards of the Medical Board of California. Many of its graduates go home to care for poor people in their own countries, and hundreds are now working in West Africa to fight Ebola.

In over fifty years of exporting medical aid, the Cubans have not only made money, but earned enormous international good will -- despite their repressive left-wing regime. Even their archenemies, the Americans, have praised the Cubans' battles against cholera in Haiti and Ebola in West Africa.

Well, why don't we learn from the Finns and Cubans?

Canada as the world's teachers' college

Let's make ourselves the world's teachers' college -- the place where all ambitious educators want to go for their own education.

Make it free, but make it tough. And make it nationwide, from Memorial in St. Johns to the University of British Columbia in Vancouver, a program ready to accept the world's best and brightest young teachers, and run them through to a master's degree or a Ph.D. Give them experience on First Nations reserves and our inner-city schools. Then send them home to build and improve their own countries' education systems.

For far less than we spent on Afghanistan, we'd make an indelible impact. Canadian-trained teachers in Brazil or India or Indonesia would be politically cherished, a resource to be shown off to locals and neighbours alike.

Our alumni would rise rapidly through the local system, rebuilding it along the lines they'd learned in Vancouver or Montreal. When Canadian firms wanted to invest locally, they'd find a Canadian network with friendly decision-makers already strategically placed.

And of course we'd hang on to some of those bright young teachers for ourselves, knowing that they'd settle right in and teach Canadians as well as Canadians taught them. The Finns shouldn't be the only good headhunters around.

The impact of such international education would be to attract still more students, both foreign and domestic. Not only Rhodes Scholars go to Oxford, but those scholars add to Oxford's prestige. The prospect of a Canadian degree would draw international students away from Australia and the U.S. They'd seek education in all fields, not just teacher training.

Meanwhile, we'd raise the quality of our own teachers by making their training free as well -- if they qualify. Only one applicant in ten gets into a Finnish education school; it takes brains, ability, and motivation. Teaching in Finland is not "what you can always fall back on" -- you have to worry about what to fall back on if you don't make the cut for education school.

The result of such a policy would be a classic "virtuous cycle": great students would become great teachers, making Canadian education even better than it is now and still more attractive as a career for Canadians and international students alike. The schools would be like a breeder reactor, which creates more fuel than it consumes.

Some of those students, whether domestic or international, might well invent new industries that would make us still more competitive. Those industries could make fossil fuels true fossils by creating efficient renewable energy sources. If so, we can leave those fuels in the basement where they belong, and stop relying on garage sales to make our living.