Many have rallied in support of fossil fuel divestment campaigns as a way of taking meaningful action to reduce global greenhouse gas emissions. Yet without new approaches to financing the needed energy transition, divestment is unlikely to supplant the infrastructures and technologies that continue our dependence on fossil fuels. 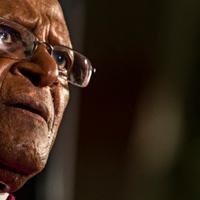 Why the Petro-Divestment Movement Is Unstoppable

Supporters of divestment generally believe that compelling institutions to sell off holdings in oil, gas and coal companies will: a) free up capital to buy investments in renewable energy, accelerating the transition to a climate-friendly economy; b) reduce an organization's exposure to potential losses from fossil fuel assets "stranded" by a bursting carbon bubble; and c) disrupt the fossil energy industry's capacity to secure funding by changing their social license for continued operations.

In our new report, "Fossil Fuel Divestment: Reviewing Arguments, Implications and Policy Opportunities," released by the Pacific Institute for Climate Solutions, we examined each of these claims and found them to be wanting. Here we offer a short summary of the evidence as to why this is unfortunately the case.

Currently, the total investible market for wind, solar, geothermal and biomass equities is less than one-tenth the value of fossil energy equities. Given the current contribution of modern renewable energy technologies like solar panels and wind turbines to global energy consumption, a ratio of about 40-to-1 makes sense. This already suggests equities in renewables are relatively expensive.

A successful divestment campaign which quickly removed money from oil, gas and coal companies for re-investment into renewables would risk further inflating their market value, creating a speculative boom-bust cycle, setting the industry back and adding to its volatility. Investment in renewable energy companies needs to occur at a pace that mirrors the expansion of their markets, ensuring their valuations are supported by a viable business structure. For such markets to be created, they'll need supportive public policies.

In B.C., we have pursued policies that favour BC Hydro's agenda for building dams. An alternative approach that established a supportive electricity price for wind and solar resource development would not only favour other renewables, but would also support far greater energy conservation and the industries providing these services, reducing the need for further dam construction. Current regulations by the BC Utilities Commission do not encourage these approaches in B.C.

It is difficult to know where divested funds could be reasonably reinvested to enable the development of a low-carbon economy. Many believe that investing in renewable energy companies is itself a greenhouse gas lowering activity. Using a model we developed to analyze this issue, we learned that the economy is so dependent on fossil energy that investing in companies manufacturing or using wind and solar is only marginally less GHG intensive than fossil energy companies.

Using this model, we also analyzed the University of British Columbia's endowment and options to reduce GHG emissions through divestment. Our estimate indicates that if the university replaced the 10 per cent of its endowment held in oil and gas companies with renewable energy companies, it would reduce its overall exposure to GHG emissions by around three per cent.

In responding to divestment campaigns, fund managers may seek to minimize the amount of apparent GHG emissions for each dollar of investor earnings. Taking this action will likely drive more funds into financial institutions. Banking and financial services may appear to be "cleaner" options, but in reality banks provide the financing needed by fossil or renewable energy companies. Today, the fossil companies are by far their larger borrower. Policies that improve transparency in bank lending by project would help to close the loop on information needed by investors, allowing them to support financial institutions that share their values.

The conversation about divestment also perpetuates a misconception that publicly traded oil and gas companies control the future of fossil energy resources and their development. This is not so. The vast majority of oil and gas reserves are owned by sovereign nations, not the companies traded on global stock exchanges. The greater part of future resource extraction rates are subject to national policies and immune to shareholder actions. Oil companies act within the boundaries permitted by these policies.

Recent events provide clear evidence of how Saudi Arabia's decision to flood the market with oil can drive down its price, bringing pressure on its political adversaries and sending ripple effects through the global economy. BP and Exxon will face more limited impacts from Saudi Arabia's production strategy than Russia, Iran, Nigeria or Venezuela, which now face huge budget deficits that are likely to create social instability.

Similarly, the Canadian government has mismanaged our nation's natural resources, allowing an over-expansion of oil production in Alberta, putting inordinate pressure on the construction of export pipelines, and depressing the price for oil produced. Wiser policies could have prevented our national economy from becoming so dependent on GHG-intensive exports, and avoided much of the misery faced by those who bet their livelihood on oil prices high enough to sustain the perpetual expansion of the oil sector.

Though fossil fuel divestment campaigners have started an important conversation on the connection between our financial assets and our future climate, they won't be able to succeed in the policy vacuum to which their strategy attempts to respond. For divestment to rise above a symbolic gesture, we ask that financial institutions and governments take notice of the growing number of individuals and institutions seeking to invest in a sustainable energy future.

New instruments and institutions for public and private finance will be needed to direct the funds associated with divestment campaigns toward a sustainable energy transition. As just one example, Green Canada Savings Bonds could be issued to improve our nation's transportation infrastructure. With strategies like this, divested funds could be directed to reduce our dependencies on fossil fuel throughout the economy, enabling energy efficiency and in developing renewable energy resources.