While we fret over temporary foreign workers and those who go off to fight for the Islamic State, something far bigger is going on around the world -- migrations that we have scarcely glimpsed, but that will affect our own lives more than we realize. 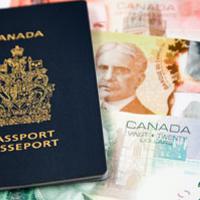 At the end of the Second World War, historian Keith Lowe estimates Germany alone held at least 17 million displaced people (and that didn't include millions of German PoWs elsewhere in Europe). At the same time, postwar politics ensured an ironic continuation of Hitler's ethnic cleansing, driving millions more out of their homelands.

It was a gigantic movement of peoples, a social and political upheaval on a scale never before seen. But it was just a dress rehearsal for the vast migrations now underway not just in Europe, but worldwide.

North Americans and Europeans tend to feel that all the immigrants are headed straight for them, given the northerly flow of migrants from Latin America and Africa. In fact, millions routinely migrate from South and Southeast Asia to the Persian Gulf, drawn by the petro-states' endless demands for labour. Millions more leave South Asia for work in sub-Saharan Africa -- to the point where India worries about its nationals coming home from West Africa with Ebola.

Meanwhile, intra-regional migration also follows the money, with Zimbabweans moving to South Africa and Haitians ending up in Brazil. Thousands of Roma from eastern Europe are beggars on Stockholm street corners.

Running for their lives

Others aren't following the money, but running for their lives. Since 2011, three million Syrians have left their homeland for refugee camps in Turkey, Lebanon, Jordan and Iraq. (The World Food Programme has just run out of money to feed 1.7 million of them.) Countless Africans have risked their lives, and lost them, trying to cross the Mediterranean to Italy or Greece.

Still more fleeing Pakistan and Afghanistan have sailed for Australia and a doubtful haven in camps on Nauru and Papua New Guinea. Meanwhile, over 50,000 with the price of a plane ticket were illegally settled in Down Under by 2011.

In one sense, these migrations are nothing new. The Romans tried for centuries to keep illegal immigrants out of the empire, India and China endured countless invasions, and the Bantu peoples swept across Africa long before the whites arrived.

But the sheer scale of today's migration dwarfs all earlier ones. The UN estimates that some 154 million people in 1990 were international migrants. By 2013, the number had risen to 232 million, with projections to 2050 ranging from 415 to 513 million. Even that is likely an underestimate since four out of 10 African countries don't report basic migration data.

Pulled by money, pushed by climate

When a quarter-billion people leave home every year, it's not just wanderlust. The global economy is pulling and pushing migrants in ways not easily foreseen. Who could have expected that the oil-rich Saudis would import thousands of foreigners to run their private sector, while reserving government jobs for Saudis? Or that Filipinos would staff Saudi hospitals built with Pakistani labour?

Climate change (driven in large part by the burning of fossil fuels) is displacing untold numbers. Along the southern edges of the Sahara, farmers and pastoral nomads are fighting over land. The losers flee either into refugee camps, or north to the Mediterranean in desperate hopes of reaching Europe.

Meanwhile, political unrest is fuelled by unfair distribution of wealth. Virtually all the doctors in Liberia left during its long civil war, leaving it critically exposed when Ebola appeared earlier this year. And now Ebola itself is an incentive for West Africans to leave for Europe or North America.

Social collapse in Somalia has resulted in a southern migration into Kenya, where the Dadaab refugee camps form a megalopolis of some 340,000 refugees. But the Somali diaspora also includes scores of thousands in northern Europe, plus some 45,000 in Canada.

In a calmer, cooler world, most of today's migrants would have stayed home in their own cultures. Instead, they are trying every legal and illegal means to get out of homes that mainly offer squalor, violence and early death.

We've always been politically choosy about whom to admit. In the 1930s, Jews fleeing Hitler ran into Canadian "none is too many" anti-Semitism. The Americans welcome any Cuban who sets foot on a Florida beach; the Haitian beside her is shipped home forthwith.

Yet we took in over 30,000 Hungarians after the 1956 anti-Soviet rebellion, and the University of British Columbia acquired a whole Hungarian school of forestry. We have thrived on the Ismaili refugees from Idi Amin's Uganda and the Vietnamese boat people -- not to mention the American draft dodgers and deserters of the 1960s and early '70s.

But God help the Tamil boat person or American deserter today, or the Latin Americans who manage to reach us seeking escape from violence in Mexico or Central America.

Such policies will soon begin to cost millions of lives. We may be insulated from that cost for now, but not for long.

Poverty, climate change and political unrest have driven countless Latin Americans north into the U.S., where the Obama administration is at least trying to accept many of them. In Europe, many are dying in the Mediterranean trying to reach Italy and Greece. The UN has praised Italy for saving the lives of over 150,000 people this year alone through its Mare Nostrum operation.

The Scandinavians have welcomed not only Somalis but thousands of Syrians and other asylum seekers. Where Canada has agreed to accept just 1,300 (and dodged answering how many are actually in the country), Sweden has admitted some 30,000. And according to Migrationsverket, the Swedish Migration Board, Syrians with permanent residence permits may also be allowed to bring members of their immediate families into the country.

Canadians once justified keeping out immigrants on the grounds that Asians and southern Europeans couldn't "assimilate." That pretext is thoroughly exploded. But the same bigotry is still at work, both here and in the U.S. (as well as in Scandinavia). Intellectually, it's about as sophisticated a position as an infant "making strange" at an unfamiliar face. But it has pushed some European countries into flirtation range with fascism.

We need first to see economic migrants, refugees, and asylum seekers not as problems to be avoided but as opportunities to be seized: a whole new generation of workers, creating new markets and increasing the array of skills we can draw upon. Most of their education is accomplished. They can learn Swedish or Finnish, so they can learn English (if we take the trouble to teach them).

That's the short-term response. In the slightly longer term, we should be able to ease the pressure by making life in Africa, Asia and Latin America more survivable. That means helping to build functioning healthcare and education systems, training entrepreneurs and encouraging honest democratic government.

Rather than merely exploiting those countries, in other words, we need to support their transition into capable economies that can develop their own resources and take care of their own people without relying on remittances from their emigrants.

When few politicians ever think beyond the next election, that's a tall order. But governments no longer have the luxury of "none is too many," or even of headhunting the poor countries' best professionals. It's too late to pull up the drawbridge. But it's not too late to meet the challenge of the greatest mass migrations in history.