The media recently has been filled with stories that reflect the parallel universes we seem to be living in. The first were the stories about the international climate summit and the huge climate march (and hundreds of smaller ones) that preceded it -- punctuated by the launch of Naomi Klein's powerful call-to-action book This Changes Everything: Capitalism versus the Climate adding to the power of the moment. 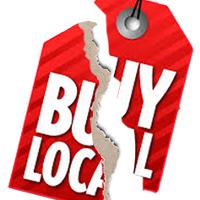 But while climate activists were demonstrating and some 100 world leaders were making pledges to finally get serious about climate change, many of those same leaders had already put their name to an international investment treaty, parts of which seems to have been virtually written by the same oil companies targeted for criticism and calls for greater regulation. That agreement is called the Comprehensive Economic and Trade Agreement (CETA), in the news recently because of yet another photo op with Harper signing it with European leaders.

While there has been attention paid to some key provisions of CETA -- such as its investor state rules, its impact on Canadian drug pricing and its curbs on governments' ability to buy local -- there has been almost nothing in the media about CETA's chapter on domestic regulation. But a new Canadian Centre for Policy Alternatives report on CETA suggests there should be, because the articles of that chapter seem designed to kill efforts to regulate the resource industry. In other words just as governments need to get deadly serious about reducing our dependence on fossil fuels they are tying their own hands through new restrictions on their right to regulate.

CETA's domestic regulation chapter would be more aptly called "Gifts for the Oil and Gas Industry." These CETA provisions are so biased in favour of corporations it is easy to picture industry execs sitting at the elbows of CETA's negotiators, guiding their pens as they draft the agreement. Short of an international treaty banning all government regulations outright, CETA gives the oil and gas industry virtually everything it has been asking for, for decades. Of course these anti-regulation gifts are also available to other sectors, including the mining industry, but given the special place in Harper's universe reserved for Alberta's oil patch it's not hard to see where the impetus came from.

Most trade and investment agreements are full of obscure legalese, but the domestic regulation chapter of CETA is actually relatively simple to understand. So check it out. The restrictions on regulation you will find are right out of the oil and gas industry's wish list. Chapter 14 on domestic regulation provides so many grounds for regulations to be challenged that almost any regulation could conceivably be ruled in contravention of the agreement.

CETA places an absolute value on the ease with which corporations can get approval of their projects. It demands that parties ensure "that licensing and qualification procedures are as simple as possible and do not unduly complicate or delay the supply of a service or the pursuit of any other economic activity." (Art. 2, Sec. 7) Requiring that oil and gas companies do environmental assessments, archaeological studies or get approvals from different levels of government is clearly a process that could be made simpler by doing away with these requirements altogether. Obligations to consult with the public and First Nations certainly complicate the regulatory process and cause delays.

Whether or not governments have simplified their licensing processes to the absolute maximum extent possible and are not causing "undue" delays or complications would be up to a panel of trade lawyers to decide in the event of a dispute. They could look at examples from the most deregulated jurisdictions to determine what is "as simple as possible." China, for example, allows corporations to ignore requirements for environmental impact assessments (EIA) and just pay a small fine after the fact. An article in Businessweek reveals the results of the "simple" Chinese process: "In November 2013 an oil pipeline burst in Qingdao, killing or injuring more than 100 people; a faulty EIA process was partly to blame for the deaths. As Chinese environmental journalist Liu Jianqiang commented in reference to the Qingdao disaster, 'It is common in China for EIAs to be faked and planning assessments to simply not exist -- and so our country is littered with such ticking time bombs.'"

CETA's Chapter 14 requires that all regulations that governments have not expressly excluded from the agreement must be "objective" and "established in advance." (Art. 2, Sec. 2) Given that these terms are not defined they can mean anything that a trade tribunal decides they mean. While the word "objective" might not seem threatening in most contexts, here it is loaded with danger for public interest regulation. If a tribunal interprets "objective" to mean "not subjective," existing regulations could be challenged. Why? Because they are based on a government regulator's effort to balance competing interests -- a necessarily "subjective" exercise. If licensing approvals are based to some extent on public opinion of a project, this too could mean licensing decisions are not "objective."

And what does it mean to say that regulations have to be "established in advance"? Does that mean that new regulations cannot be introduced? Even if this provision is just interpreted to mean that regulations cannot be changed once an application has been approved, there are very good reasons why a government might need to impose new regulations on operations that are already licensed. B.C.'s Mount Polley mine spill is a perfect example of where a government had to impose new requirements on established mines after a catastrophic regulatory failure. CETA could make that impossible in the future.

Disputes arising out of so-called "trade" agreements are decided by tribunals of corporate trade lawyers. These dispute panels are nothing at all like any public court of law. The model is taken right out of the international commercial dispute resolution process -- designed to settle narrow disputes between commercial entities. As such there is almost no room for taking into account interests other than commercial interests. This is square-peg-in-a-round-hole territory.

But at least in other trade and investment agreements governments are allowed to defend their regulations as necessary to protect human health and the environment. Either by intent or sheer carelessness, this defence is not applied to the domestic regulation chapter of CETA. For example, if environmental assessments are challenged as "unduly" delaying oil and gas development, a government would not be able to defend these assessments as necessary to protect the environment. EU governments could go to bat for their oil giants Total and BP -- and force Canadian governments to gut licensing regulations for the whole industry.

Just as the world is trying to come to grips with the growing climate crisis and Canadians are increasingly skeptical about a national economic strategy relying on expansion of the tarsands, CETA threatens to make action on those concerns increasingly difficult.

Environmentalists point out that the faster you develop the tarsands, the worse it is for climate change, but CETA could make it extremely difficult to slow down their expansion. There are many good reasons to hope that CETA never actually comes into effect, but perhaps the best is to preserve the policy space needed to address climate change.